BAIC BluePark plans to raise up to $1.2 billion via new share offering

BAIC BluePark said in an earnings preview on Thursday that it expects a net loss of RMB 1.8 billion to RMB 2.2 billion for the first half of the year. 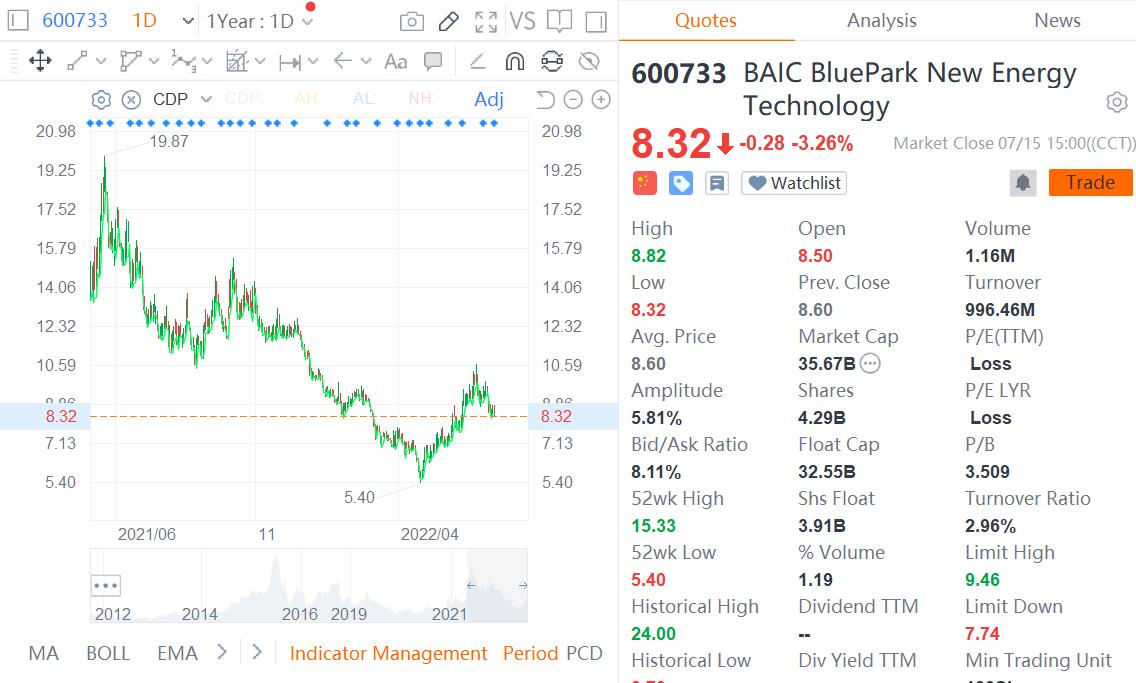 Things couldn't be worse for investors in BAIC BluePark New Energy Technology Co Ltd than they are right now.

The parent company of Beijing Electric Vehicle (BJEV) has announced plans to issue additional shares after a long period of sluggish sales and a poor first-half earnings preview.

BAIC BluePark plans to raise up to 8 billion yuan ($1.2 billion) by issuing additional shares to no more than 35 specific targets, according to an exchange announcement made by the company today.

The stock offering is intended to increase the company's capital strength as it continues to increase its business scale and investment in product development amid the rapid growth of China's new energy vehicle (NEV) industry, BAIC BluePark said.

In addition to these projects, BAIC BluePark also plans to use the financing to obtain RMB 2.4 billion to supplement its working capital.

The number of shares to be issued will not exceed 30 percent of its total pre-issuance share capital, and BAIC Motor Corporation will subscribe for at least 35.99 percent, according to its announcement.

The plan is subject to regulatory approval in China.

BAIC BluePark is the first vehicle company in China to be qualified to manufacture NEVs and has been ranked as the No. 1 seller of pure electric passenger cars in China for seven consecutive years since 2013, its offering document mentioned.

But after 2019, the company starts to go downhill. It sold just 26,127 units in 2021, comparable to the sales of major Chinese electric vehicle startups in one quarter.

On July 14, BAIC BluePark issued an earnings preview saying it expects a net loss of RMB 1.8 billion to RMB 2.2 billion for the first half of the year.

Chip shortages and the continued rise in the price of raw materials such as batteries have had a major impact on the company's performance, the company said.

Although the company's sales of NEVs increased in the first half of the year compared with the same period last year, it is still in the climbing stage and the scale effect has not yet emerged, BAIC BluePark said.

In the past year, BAIC BluePark's shares traded in Shanghai fell about 32 percent.