NIO is lagging behind its local peers, weighed down by the crash of its test vehicle. 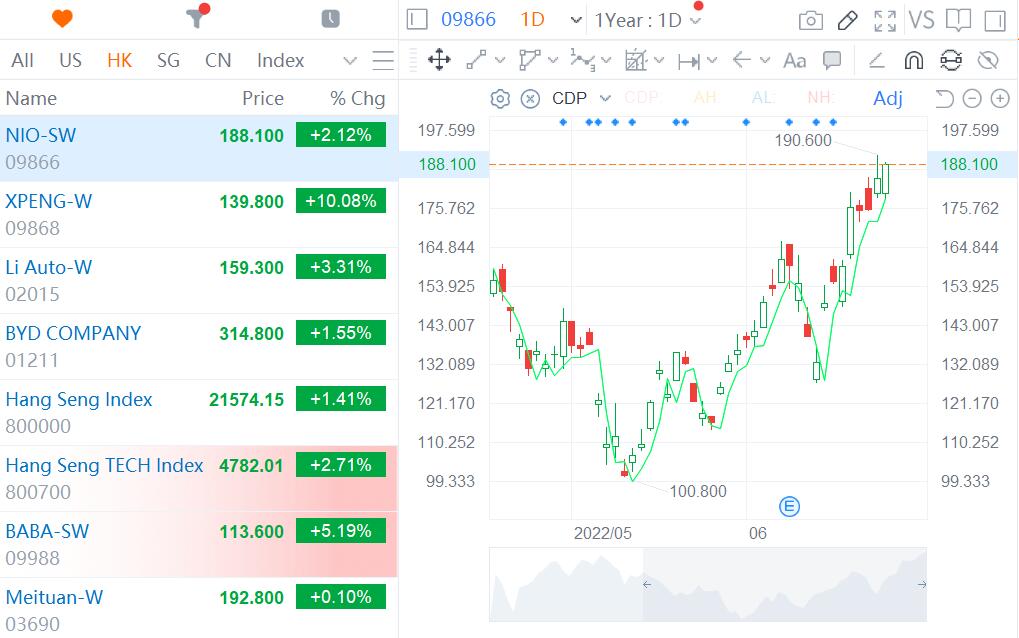 On June 22, an NIO test vehicle fell from the 3rd floor of a parking building in Shanghai, killing the two testers inside the vehicle.

The accident was widely reported by local media yesterday, making NIO a trending topic of discussion on Weibo.

In a response yesterday evening, NIO said that it could be preliminarily confirmed that the accident had nothing to do with the vehicle itself.

However, the response was accused by many Chinese Internet users of lacking compassion, and the company later adjusted the wording to "It was an accident not caused by the vehicle."

As a result of the accident, NIO lagged behind XPeng's 7.82 percent and Li Auto's 6.63 percent in the US market overnight, despite rising 2.22 percent.

Compared to the strong performance of the Hong Kong stock market, the NEV industry chain in China's A-share market was lukewarm today after yesterday's widespread gains.

As of writing, an ETF tracking the new energy vehicle (NEV) industry is up 0.3 percent, while Contemporary Amperex Technology Co Ltd (CATL, SHE: 300750) was up 2.22 percent, while BYD and Gotion High-Tech were down.

Li Auto founder, chairman and CEO Li Xiang later hinted on Weibo that the company is expected to feature CATL's Qilin Battery in models to be released next year.

Investors' general optimism about China's new energy chain still seems to be supported by signals released at a government meeting earlier this week.

Chinese Premier Li Keqiang hosted an executive meeting of the State Council on June 22, saying the country would support NEV consumption, according to an official CCTV report Wednesday evening.

Taking into account the current reality, China is studying the issue of the extension of the purchase tax exemption policy on NEVs, the meeting mentioned, according to the report.

This is a signal from China's top officials about a possible further extension of the purchase tax exemption policy for NEVs.