CATL's battery swap brand EVOGO today put three battery swap stations into operation in Hefei and expects to have 20 such facilities in the city by the end of this year. 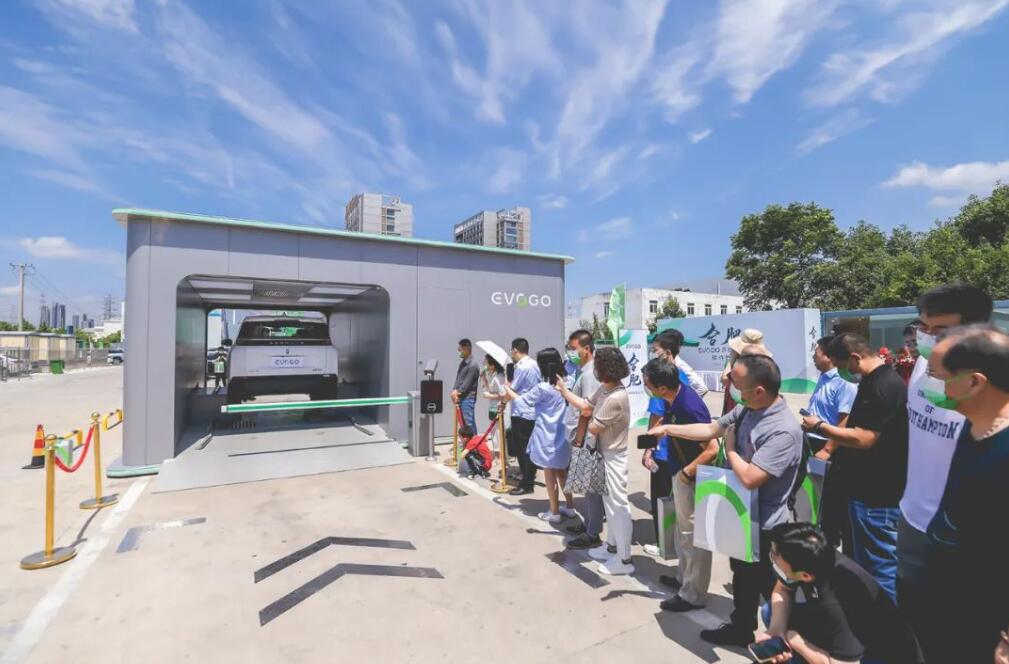 The city of Hefei in East China's Anhui province saw the launch of EVOGO's battery swap service on June 18, becoming the second city to have CATL's battery swap stations after Xiamen, Fujian province.

EVOGO put three battery swap stations into operation in Hefei today and expects to have 20 such facilities in the city by the end of the year, reducing the service radius to 5 kilometers in downtown Hefei, according to a CATL press release issued today.

Hefei is one of the core cities in the Yangtze River Delta region and one of the first pilot cities in China for the battery swap model, said Chen Weifeng, manager of Contemporary Amperex Energy Service Technology (CAES), the CATL subsidiary responsible for operating the EVOGO brand.

Each of CATL's battery swap stations occupies three parking spaces, and it takes about one minute to change a single battery block.

The station can store up to 48 battery blocks, but they are not standard batteries for electric vehicles. Each battery block provides a range of about 200 kilometers, and users can use one or more batteries as needed.

EVOGO's battery swap service was officially launched on April 18, with Xiamen being the first city to see the service available.

CATL's monthly rental fee for each battery block in Xiamen is a minimum of RMB 399 ($62.60) per block, which will be dynamically adjusted depending on the user's usage conditions, according to its previous press release.

The company did not release pricing information for the service in Hefei.

At the end of April, CATL announced that it had signed a framework agreement with EV startup Aiways to build a battery swap business model based on EVOGO.

The two companies will jointly develop a battery swap-enabled model based on Aiways' first model, the Aiways U5, and plan to bring it to market in the fourth quarter of 2022, according to a previous statement from CATL.