CATL said its battery swap service can be adapted to 80 percent of the world's vehicles already on the market and those to be launched in the next three years on pure electric platforms. 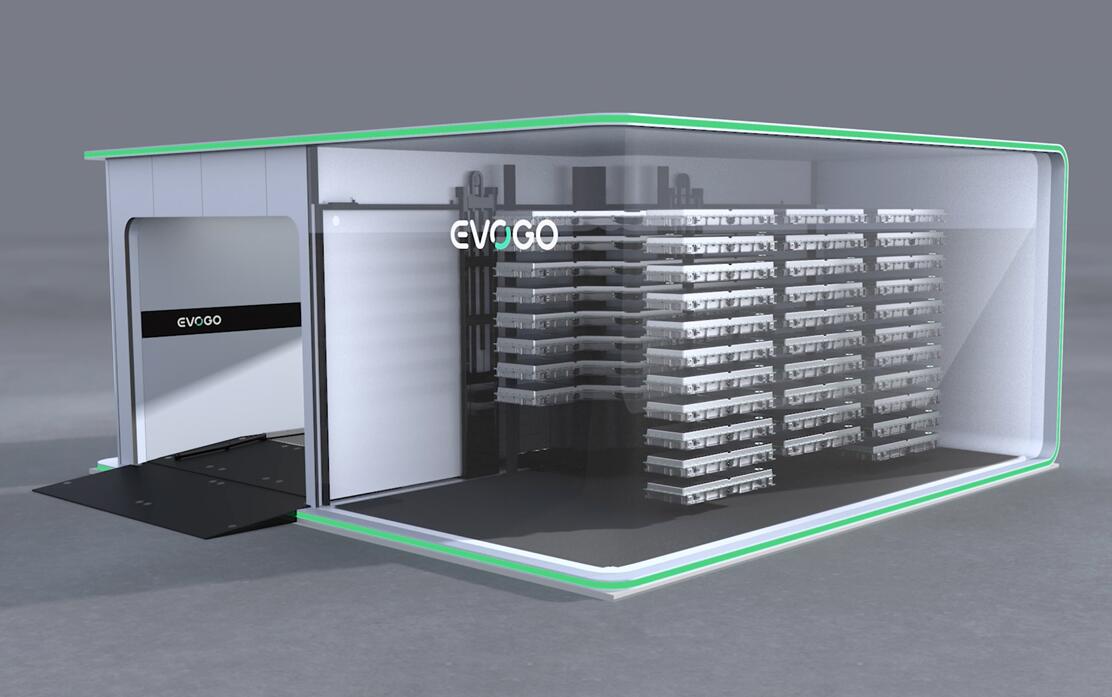 While the battery swap stations and the app were not surprising, the battery blocks concept was refreshing.

It uses CATL's latest CTP (cell to pack) technology and has an energy density of over 160Wh/kg, or 325Wh/L. A single battery can provide a range of about 200km, according to CATL. 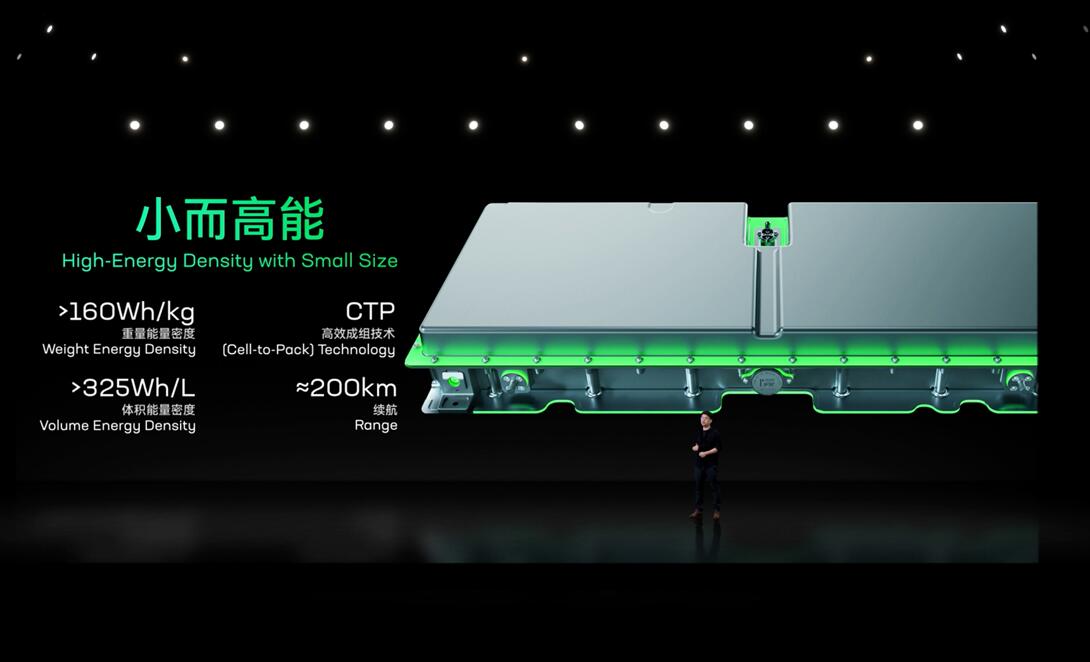 The battery block can be adapted to 80 percent of the world's models already on the market and those developed on the pure electric platform to be marketed in the next three years, the company said. 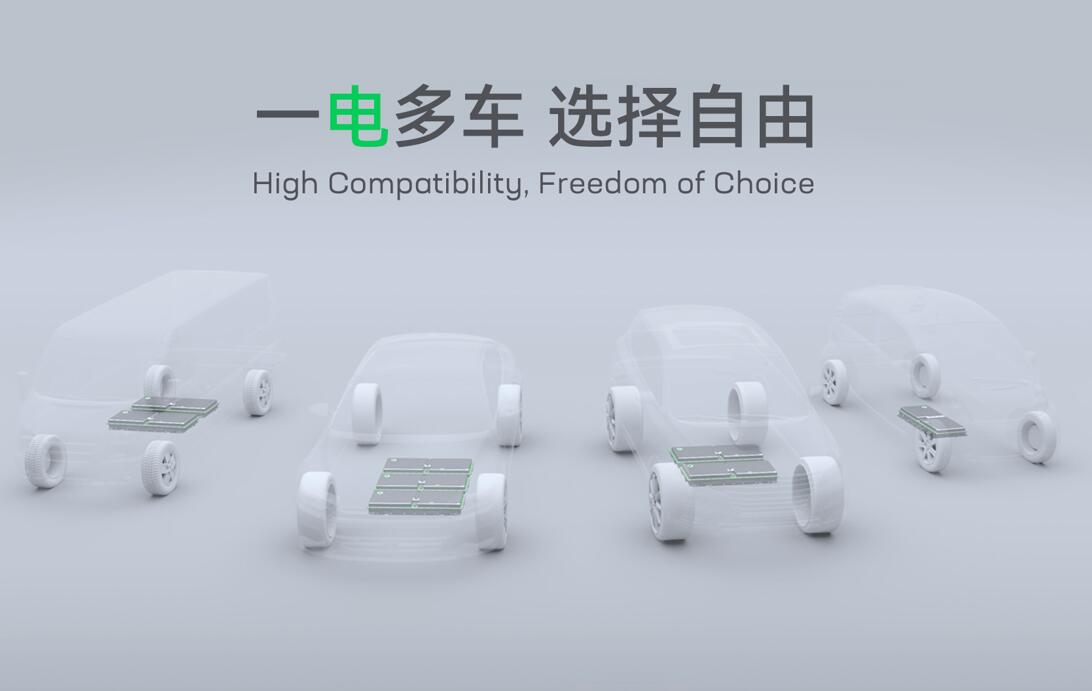 Consumers can pick any one or more batteries to flexibly match the needs of different mileage.

The Choco-SEB uses wireless BMS technology with only high-voltage positive and negative external connections, dramatically increasing the reliability of plugged-in components, according to CATL.

The station can store up to 48 battery blocks, ensuring that users always have a fully charged battery block available without long waits, according to CATL.

These battery swap stations are available in versions adapted to different regional climatic conditions, according to CATL.

The app that supports the service acts as a link between the different modules and the consumer, and more and more functional modules will be available in the future, according to CATL.

CATL said the battery blocks can be used for passenger cars from the A00 class to the B and C classes as well as logistics vehicles.

Its battery swap stations can be adapted to all brands of vehicles using Choco-SEBs, eliminating the barrier of battery-model adaptation.

Consumers can rent battery blocks on demand, and freely choose the number of blocks according to their own usage scenarios and habits.

CATL believes that in the current daily use scenario of most private car owners, they will only use 10-20 percent of the battery power.

However, in order to relieve mileage anxiety and energy replenishment anxiety, car owners have to buy models with large battery capacity and pay a lot of sunk costs.

EVOGO's battery swap service aims to solve this problem by allowing consumers to rent batteries based on their actual needs.

Consumers can rent just one battery block for their daily intra-city commute scenarios. If they are traveling long distances, they can choose two or three blocks, CATL said.

The first model to support EVOGO's battery swap is the NAT (Next Automatic Taxi) model from China FAW's brand Bestune.

CATL did not provide more information about the model, but in September 2021, Bestune launched a joint project with the city of Liaoyuan, Jilin province in northeastern China, to promote battery swap-enabled vehicles, and delivered 500 Bestune NATs to the city.

EVOGO will select ten cities as the first batch available for the service and will announce more brands that will support the service.

CATL offers a very idealized vision of electric vehicle development that, if adopted on a large scale, would undoubtedly dramatically improve consumer convenience in purchasing and using a car.

For the average Chinese, the vast majority of car owners' use scenarios are morning and evening commutes. In this case, if they can rent only one battery block, it not only reduces the cost of using the car, but also avoids occupying unnecessary battery resources.

CATL did not explain how the design of the chassis would be if the vehicle had only one battery block.

The company did not specify, but its statement implies that the service will target all vehicles, including cabs used for operation as well as ordinary private cars.

It seems like a smart move for the power battery giant.

With Chinese battery makers all expanding capacity at a rapid pace right now, it's hard to guarantee that there won't be a surplus of battery capacity in a few years.

If the pessimistic scenario plays out, CATL's move will allow it to better weather the overcapacity problem in the future, while other battery makers that are not similarly prepared will have to let capacity sit idle or keep cutting prices.

There are currently several players in the battery swap space in China, including BAIC BJEV, Geely, Aulton and NIO, of which only NIO is offering battery swap-enabled models to the general consumer, while the other operators are all targeting the cab market.

CATL's solution is different from any of these companies, and its more idealistic vision now seems to be in no competition with them.

The battery swap model is still an emerging one in China, and if these players can work together to make the pie bigger, it will also mean more opportunities for innovation and growth.