BYD raised its buyback price ceiling last week as the share price rose faster than it could execute the buyback plan. 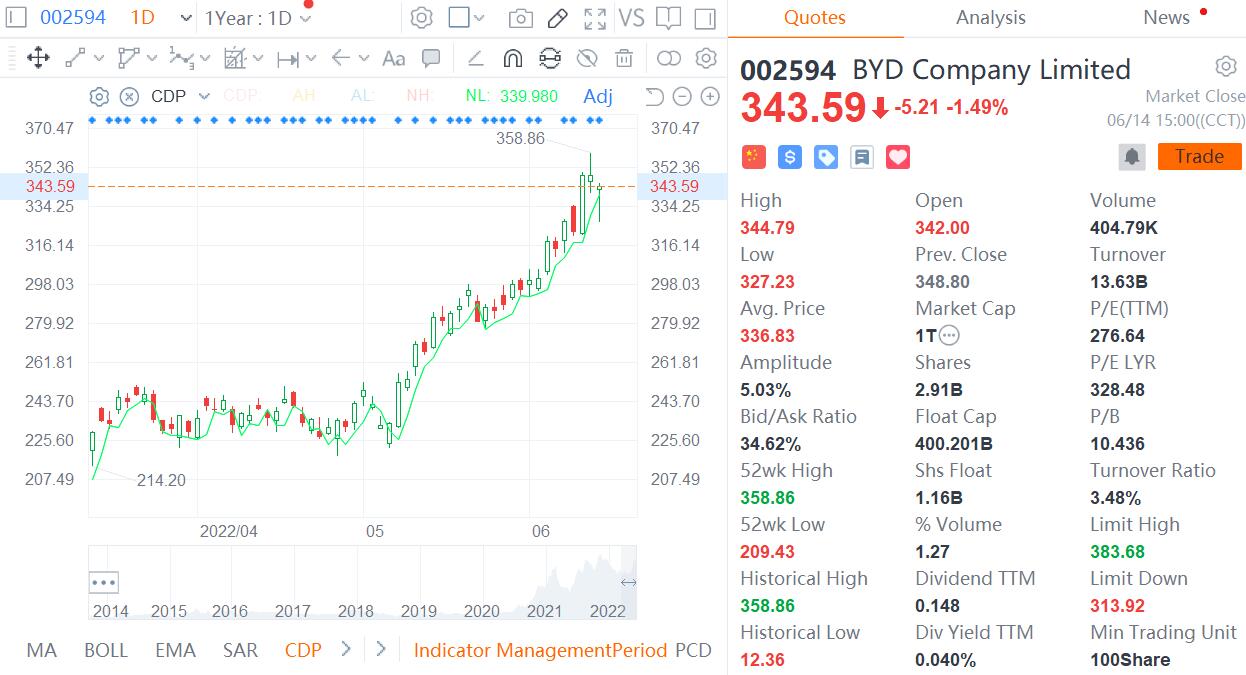 BYD (SHE: 002594, HKG: 1211, OTCMKTS: BYDDY) has completed its share buyback in China's A-share market, following the announcement of the plan in late April.

As of June 13, BYD bought back a total of 5,511,024 of its Shenzhen-traded shares at a total cost of RMB 1.81 billion excluding transaction fees, completing the buyback plan, according to its announcement today.

BYD said on April 22 that it plans to buy back shares worth RMB1.8 billion to RMB1.85 billion at a price not exceeding RMB 300 per share.

All of the repurchased shares will be used for an employee stock ownership plan, and the unused portion will be canceled and the registered capital reduced, BYD said at the time.

But after the buyback plan was announced, BYD's share price continued to rise in Shenzhen and held steady at 300 yuan per share last week, making it difficult to continue with the buyback plan under the RMB 300-yuan cap.

The market capitalization of RMB 1 trillion is a new starting point for BYD, and the company's efforts in the high-end market, global market, and smart driving will open up new growth space, CITIC Securities said in a research report on Monday.

Referring to the average valuation of comparable companies, CITIC Securities believes BYD should be reasonably valued at RMB 1.4 trillion, according to the team.