Tesla Shanghai plant has produced 26,000 vehicles since production resumed a month ago 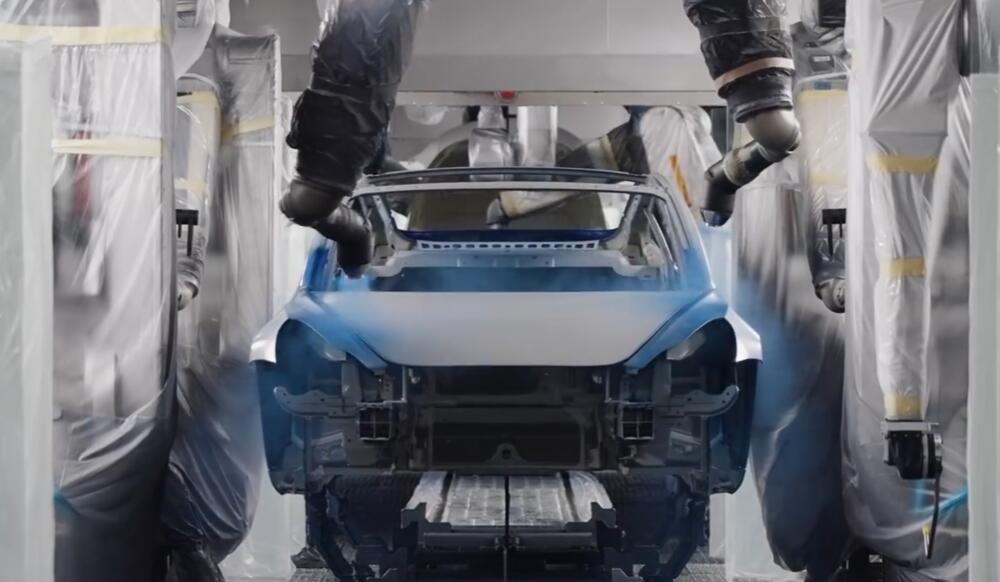 As of May 19, Tesla's (NASDAQ: TSLA) Shanghai plant has seen a cumulative total of 26,000 vehicles roll off the line since production resumed a month ago, China's Ministry of Industry and Information Technology (MIIT) said today in an article posted to its official WeChat account.

SAIC has seen a total of 21,000 vehicles roll off the production line since it resumed production, and more than 1,200 auto parts companies in Shanghai have resumed work and production, according to the article.

Shanghai is a key location for China's auto industry, with about 11 percent of the country's auto production and a group of auto parts suppliers that occupy a significant position in the country, according to the article.

The city has issued two versions of guidelines to help industrial companies resume production while implementing the Covid-zero policy, helping to increase the continuous and stable production of SAIC and Tesla, according to the article.

Tesla's Shanghai plant halted production when the city entered a phased lockdown on March 28 and officially began resuming production on April 19, with 8,000 employees returning to their jobs, according to previous local media reports.

Tesla's Shanghai plant is at more than 45 percent capacity utilization, slightly below SAIC's 50 percent, an official at the city's Lingang new area said at a May 17 press briefing.

Tesla plans to keep employees at its Shanghai plant working through mid-June in a so-called closed-loop system - in which employees are shuttled to and from work and regularly tested on the Covid-19 - even as Shanghai moves to ease restrictions on the lockdown, Bloomberg reported yesterday, citing people familiar with the matter.

The cars produced by Giga Shanghai after production resumed appear to have been used primarily for export, after nothing was exported in April.

Tesla China produced 10,757 vehicles in April, with wholesale sales of 1,512 and zero exports, according to data released by the China Passenger Car Association on May 10.

On May 11, the Glovis Splendor vehicle carrier with 4,767 Tesla EVs departed the Nangang terminal for Port of Koper, Slovenia, the first export of EVs since Tesla Giga Shanghai resumed production.

On the morning of May 15, more than 4,000 Tesla vehicles were loaded at Shanghai's Nangang terminal, the second export of vehicles from its Shanghai factory in a week.

Despite the gradual recovery of production, the Chinese auto industry is still under huge pressure.

From May 1-15, the country's passenger car retail sales of 483,000 units fell 21 percent from a year earlier, although the decline narrowed 13 percentage points from the same period a month earlier, the MIIT said in a separate article today.

On May 20, the MIIT Vice Minister Xin Guobin went to the China Automobile Dealers Association to investigate the situation of the auto industry chain and listen to a report on the economic operation of the industry and policy recommendations, according to the article.