Giga Shanghai is still in single-shift production, and capacity has been significantly reduced compared to the original three-shift operation. 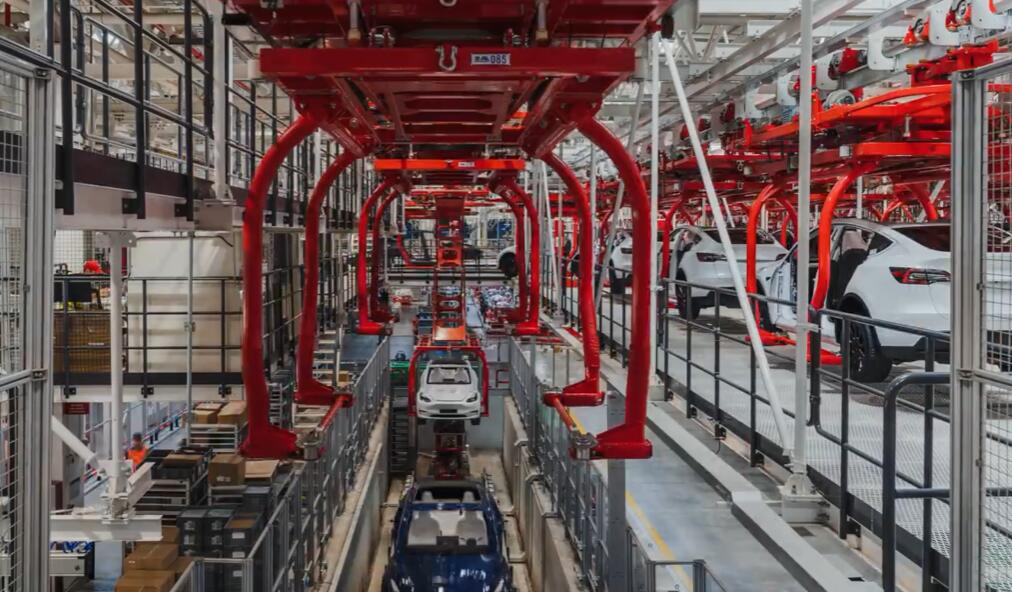 As Tesla's (NASDAQ: TSLA) export hub, attention is focused on how well Giga Shanghai is resuming production from the city's Covid lockdown.

Capacity utilization at Tesla's Shanghai plant is already above 45 percent, slightly below SAIC's 50 percent, an official at the city's Lingang new area said at a press briefing today.

So far, the capacity utilization rate of supporting companies in Lingang's auto industry chain has reached about 50 percent, according to the official.

Tesla's Shanghai plant halted production when the city entered a phased lockdown from March 28 and officially began resuming production on April 19, with 8,000 employees returning to work.

Since resuming production, Giga Shanghai is still in single-shift production, with capacity to be significantly reduced compared to the original three-shift system, Yicai said in a report today.

Tesla's Shanghai plant had a capacity of nearly 20,000 units per week before the Covid lockdown, but the overall capacity utilization is still to be improved due to the constraints of the resumption of work and production conditions and the coordination of the parts chain, the report said, citing a Tesla insider.

On May 6, a Reuters report said Tesla was targeting two shifts at its Shanghai plant from May 16 to bring factory output back to pre-blockade levels in the city.

However, in a May 16 update, Reuters said Tesla has delayed that plan by at least a week and is now aiming to increase production to 2,600 units per day from May 23.

Tesla plans to keep production at its Shanghai plant at one shift during the week, with daily output of about 1,200 units, according to Reuters.

The vehicles appear to be used primarily for export, as Tesla has sent two ships reproducing its vehicles from Shanghai to overseas markets.

On May 11, the Glovis Splendor vehicle carrier carrying 4,767 Tesla vehicles departed from the Nangang terminal for Port of Koper in Slovenia, the first export of electric vehicles since Giga Shanghai resumed production.

On May 15, more than 4,000 Tesla vehicles were loaded at Shanghai's Nangang terminal, the second export of vehicles from its Shanghai factory in a week.

These developments mean that Tesla's deliveries in China in May will remain unpromising.