The penetration of NEVs in wholesale sales in April was 29.6 percent, up from 25.1 percent in March. 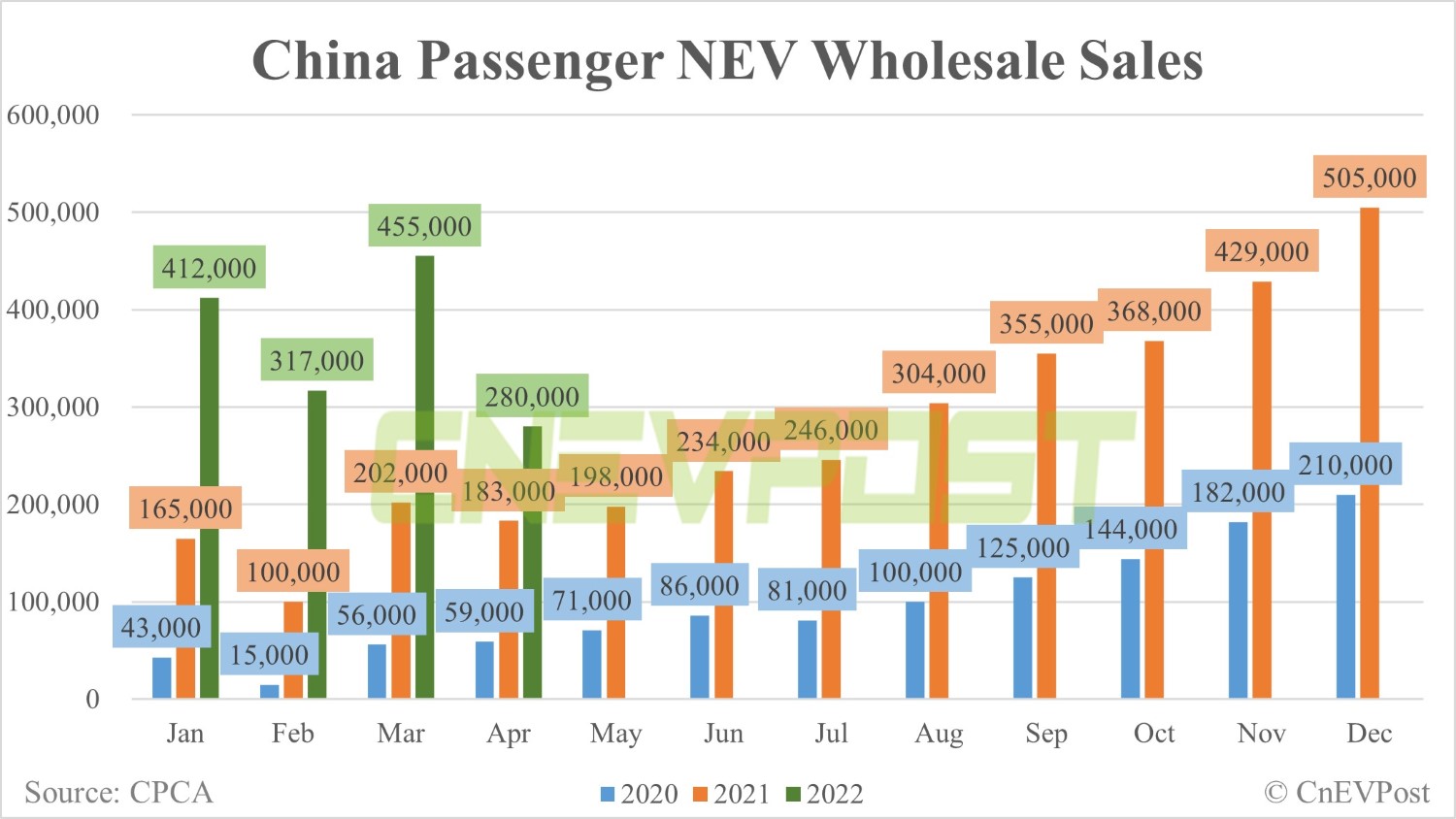 China's wholesale sales of new energy passenger vehicles in April were 280,000 units, up 50.1 percent year-on-year but down 38.5 percent from March, according to a report released today by the China Passenger Car Association (CPCA).

Wholesale sales of new energy passenger vehicles in China from January to April were 1,469,000 units, up 119 percent year on year.

Retail sales of new energy passenger vehicles in China were 282,000 units in April, up 78.4 percent year-on-year and down 36.5 percent from March, the CPCA said.

From January to April, retail sales of new energy passenger vehicles in China were 1.352 million units, up 128.4 percent from a year earlier.

China's new energy vehicle (NEV) market was unaffected by the price hike and orders were strong before the price hikes, the CPCA said.

Production of both NEVs and traditional fuel vehicles was affected in April, with an increasingly short supply of NEVs leading to serious delays in undelivered orders, according to the CPCA.

Sales of B class EV models fell 29 percent year on year in April, down 73 percent from March, and accounted for 14 percent of the pure EV share, lower than 30 percent in March.

In April, the penetration of NEVs among local brands was 54.4 percent, luxury vehicles was 5.5 percent, and mainstream joint venture brands was only 3.7 percent.

Four companies exceeded 10,000 units in wholesale sales in April, down from 13 in March.

Across all models, wholesale sales in China were 946,000 units in April, down 43.0 percent year-on-year and down 47.8 percent from March.

Retail sales of passenger vehicles in China were 1.042 million units in April, down 35.5 percent year-on-year and down 34 percent from March.

Compared with April, when 28 Chinese provinces and cities saw Covid outbreaks, the situation is expected to improve significantly in May, the CPCA said.

Consumer demand that was delayed in March-April will be able to gain some release, facilitating the gradual recovery of retail sales in May.

However, the CPCA also mentioned that there is still a lot of pressure on the auto market to recover, and with the intensification of the epidemic in Beijing and Zhengzhou, sales are estimated to decline in May compared to the same period last year under the current strict epidemic prevention policy.