Wood said there is a huge opportunity consistent with common prosperity, but until things improve significantly, her holdings in China stocks will be relatively low.

As one of the best-known investors in the US, Cathie Wood manages ETF products that hold shares in many Chinese companies. What her position is on the Chinese asset class is something many would like to know.

"Common prosperity to us means that high profit margins are not a good thing. And so we have steered away from anything with a high profit margin," the founder and CEO of ARK Invest said in a Bloomberg TV interview that was published on Tuesday. 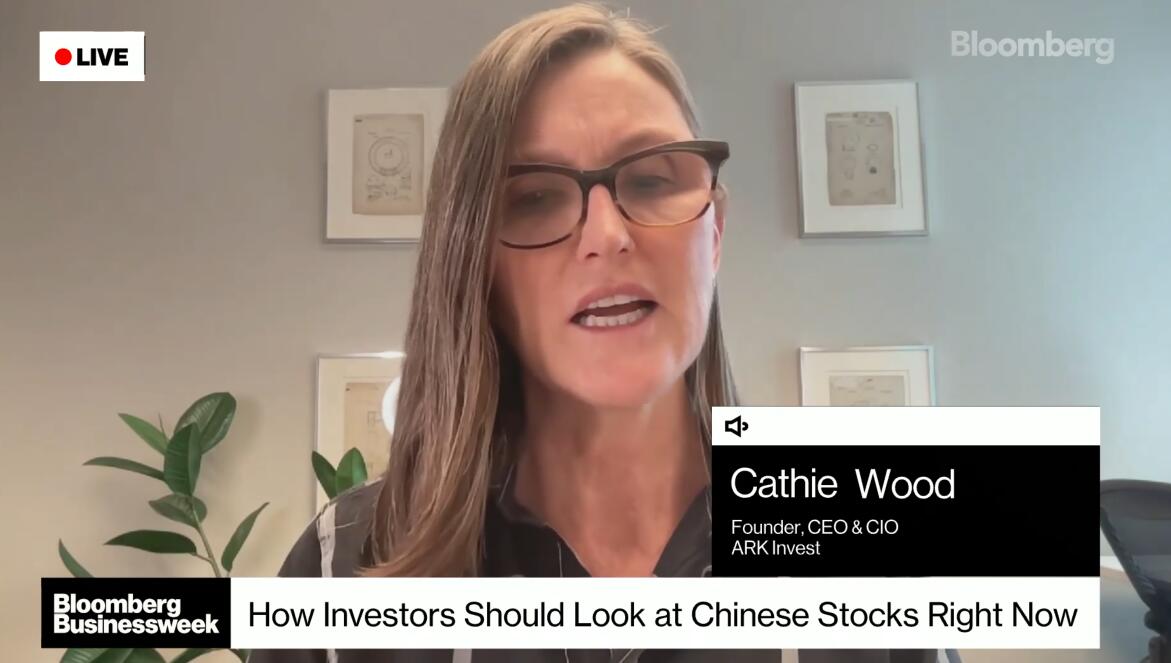 "We're looking for very low-margin companies that are consistent with common prosperity," she added.

You know really distributing goods and services into lower tier cities for example, or providing transportation.

So XPeng and NIO, we have but they're very low margin. It's all about next gen transportation in a world where you know human-driven cars are still, relative to the eligible drivers, still very low percentage. So, we're interested there.

ARK Autonomous Tech. & Robotics ETF (ARKQ) bought 420,057 shares of NIO on March 25, worth about $8.4 million, or 0.5 percent of the ETF's total position, according to previously released trading records from ARK Invest.

This was the first time an ETF managed by Wood bought NIO, and ARK has not recorded any new trades in NIO shares since then.

Late last year, Wood chose to buy XPeng as Chinese companies' share price continued to fall. ARKQ now holds 928,648 shares of XPeng, worth about $27 million, or 1.65 percent of its position.

In addition to XPeng and NIO, ARKQ has also increased its position in BYD (OTCMKTS: BYDDY) several times in the past week.

In her latest Bloomberg TV interview, she touched on her stance on Chinese company stocks, saying that the position held may be relatively low until things improve significantly. She said:

We don't think that the Chinese government is thinking very much about creating capital well but we know there are huge opportunities consistent with common prosperity.

And so we will have an allocation. But until things change dramatically, meaning more friendly to capital, we will probably keep that exposure pretty low.

Here is her interview with Bloomberg TV, and the above content starts at minute 8.