ARKQ bought 277,263 shares of XPeng's ADRs worth about $13.4 million on Thursday, representing 0.56 percent of the position.

XPeng Motors, whose stock has fallen sharply over the past two days, has gained a well-known bargain hunter - Cathie Wood.

ARK Invest, which Wood manages, bought 277,263 XPeng ADRs worth about $13.4 million through its ARK Autonomous Tech & Robotics ETF (ARKQ) on Thursday, according to its latest position data.

These shares make up 0.56 percent of ARKQ's holdings, the data shows. 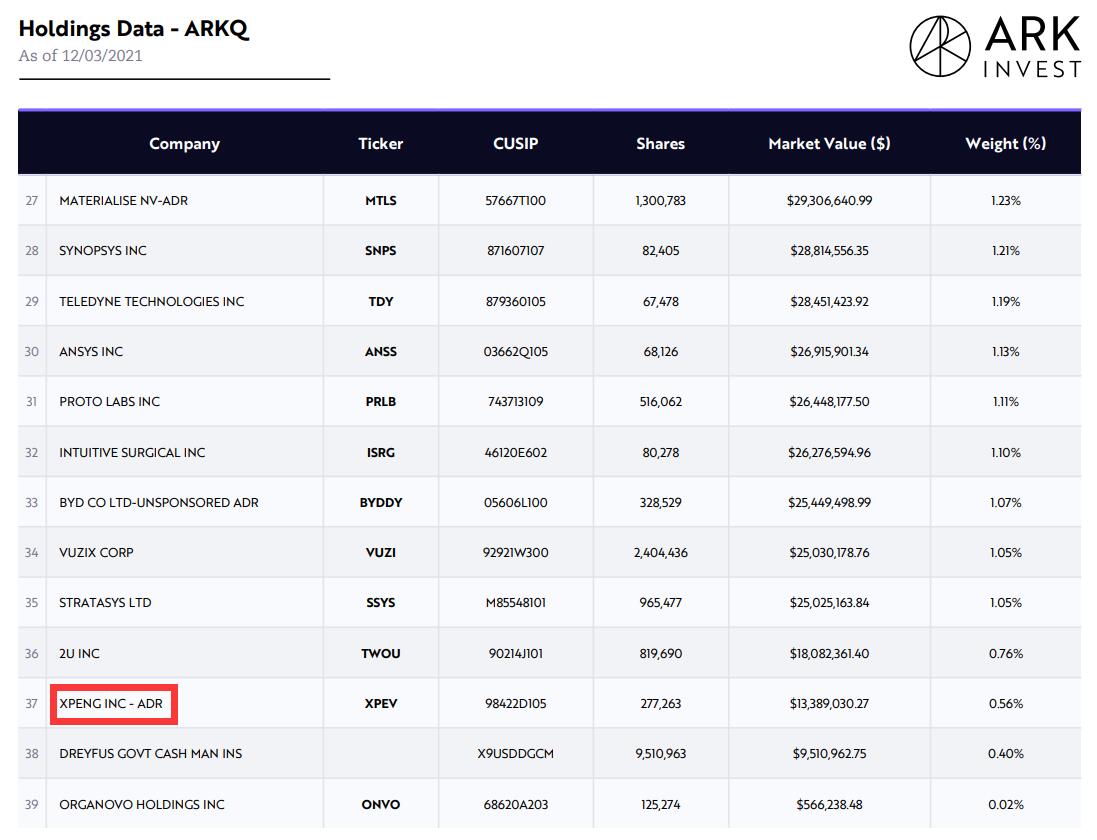 While those positions are not large for the money Wood manages, they may contribute to the investor community's improving sentiment toward XPeng - and even more broadly Chinese electric vehicle stocks traded in the US - given the large number of investors following her.

But that didn't inspire optimism among investors, as the stock plunged 7 percent on Wednesday and fell another 5.57 percent on Thursday, giving back the gains of the past week. 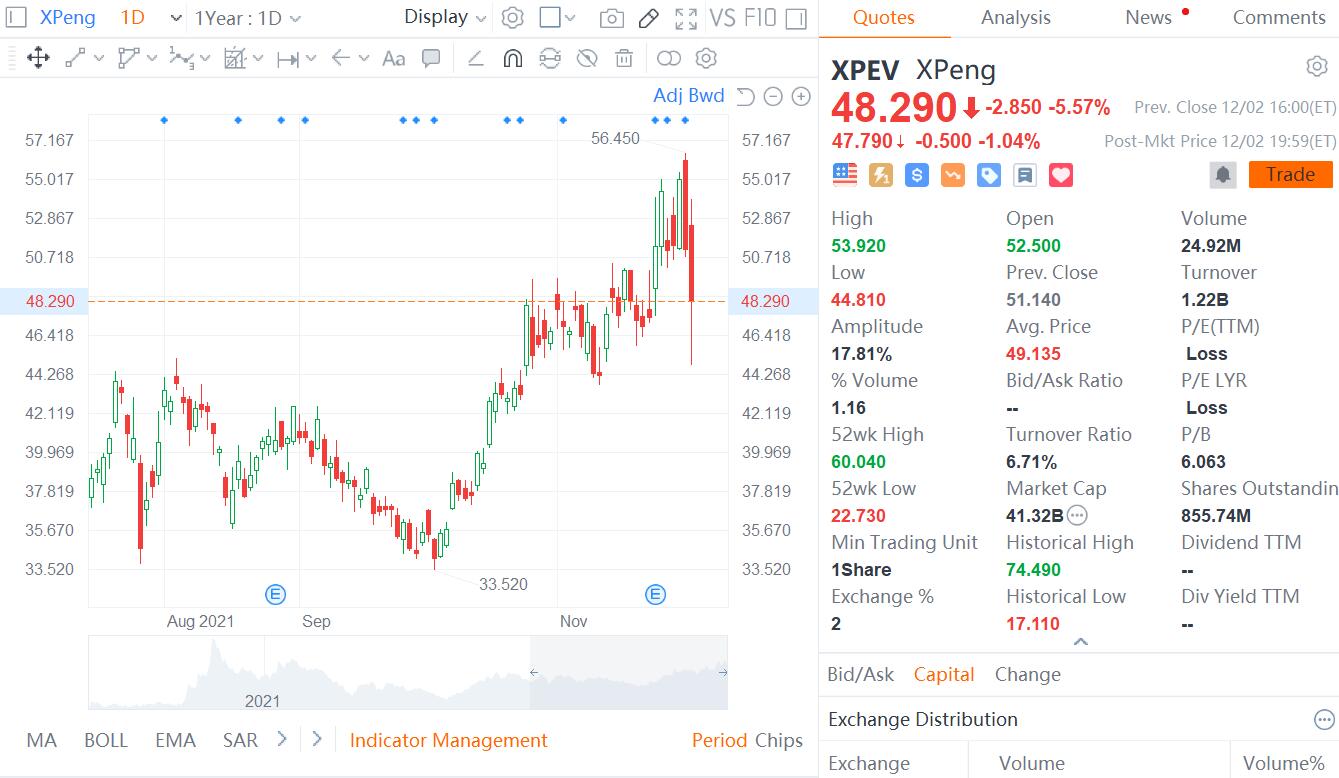 BYDDY has risen 25 percent in the past two months.