Update: Added a screenshot of the positions of ARKQ as published on ARK Invest's official website.

Over the past year, we've seen many investors ask when Cathie Wood will buy NIO (NYSE: NIO, HKG: 9866), and the answer is, now.

NIO also fell 9.42 percent to $19.91 on Friday amid another broad decline in US-listed Chinese companies, even as it reported still-solid fourth-quarter earnings.

ARK Invest, managed by one of the best-known investors in the US, bought 420,057 shares of NIO through its ARK Autonomous Tech. & Robotics ETF (ARKQ) on Friday, worth about $8.4 million and representing 0.5 percent of the ETF's total position. 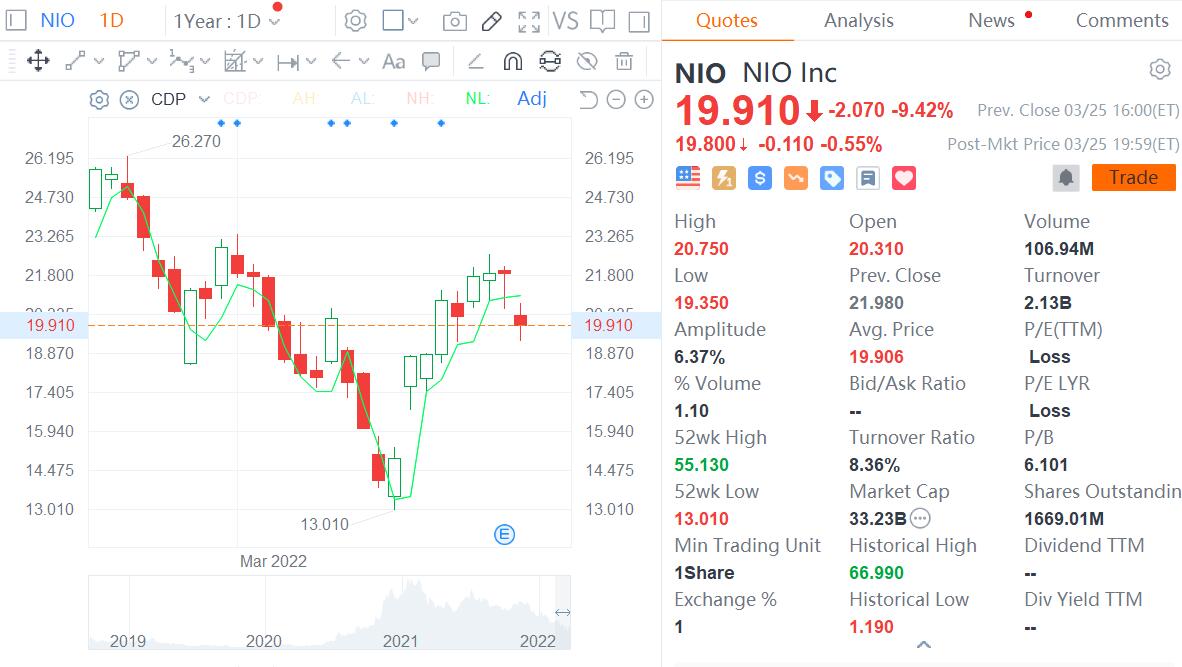 ARK Invest revealed the trade in its daily trade alert email, prior to updating the ARKQ's positions published on its website with the change. A reader shared the email with CnEVPost, as ARK Invest does not provide historical trading history. 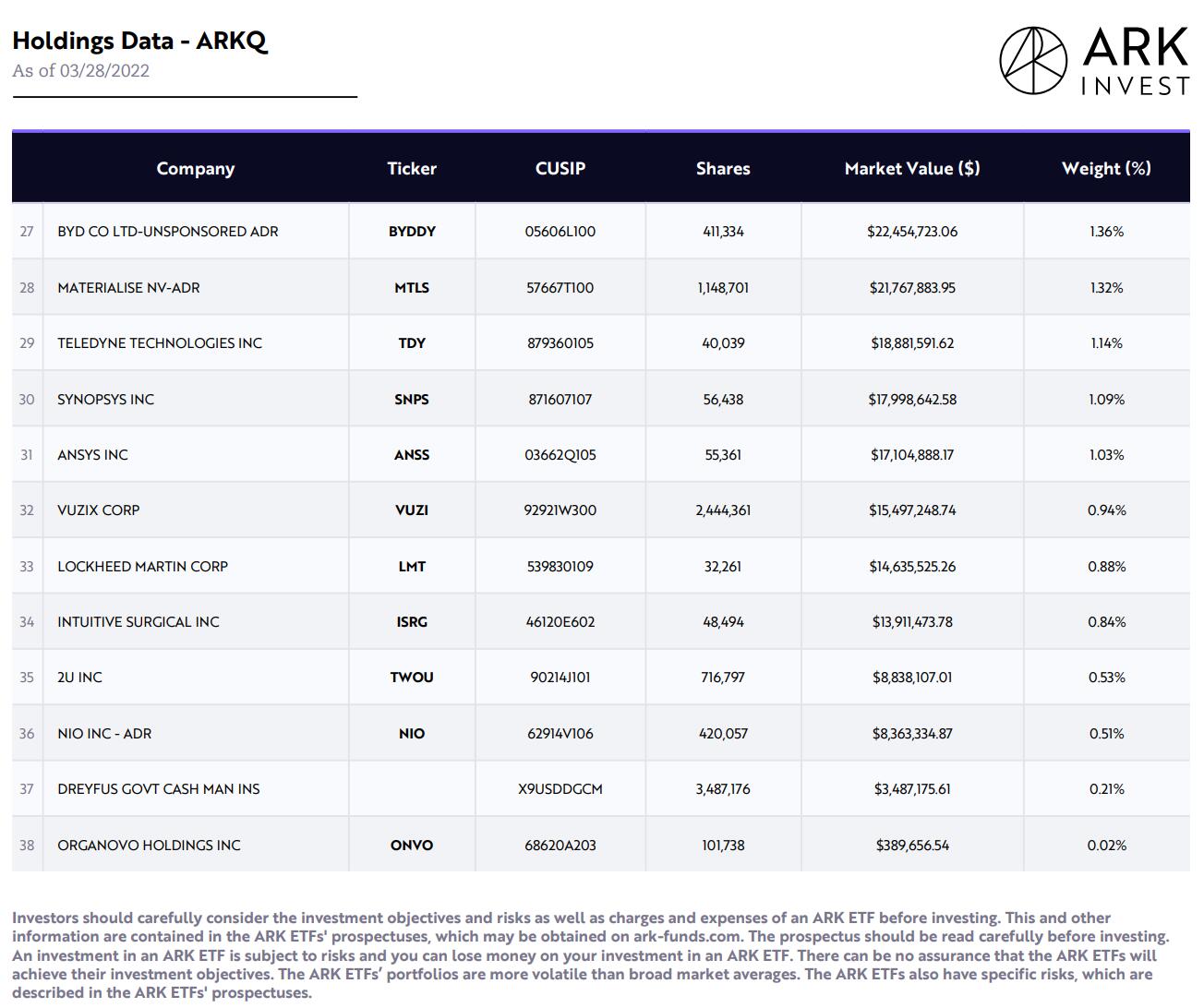 This appears to be a significant shift for Wood, as ARK Invest had a large holding in Tesla and bought into NIO's local peers BYD (OTCMKTS: BYDDY, HKG: 1211), XPeng Motors (NYSE: XPEV, HKG: 9868).

A year ago, there were many investors expecting Wood to buy into NIO, which is seen as one of the most innovative companies in China.

But a Twitter user soon pointed out that Wood had misunderstood NIO, as the company's vehicles can be charged like traditional electric vehicles, with battery swap being an additional option for energy replenishment.

Other than that, we haven't seen any comments from Wood about NIO.

Wood chose to buy XPeng late last year as the Chinese company's shares continued to fall, and ARKQ now owns 928,648 shares of XPeng, worth about $27 million or 1.63 percent of its position.

Including ARKQ, three of ARK Invest's ETFs sold 145,977 shares of Tesla on Friday, worth about $147 million. 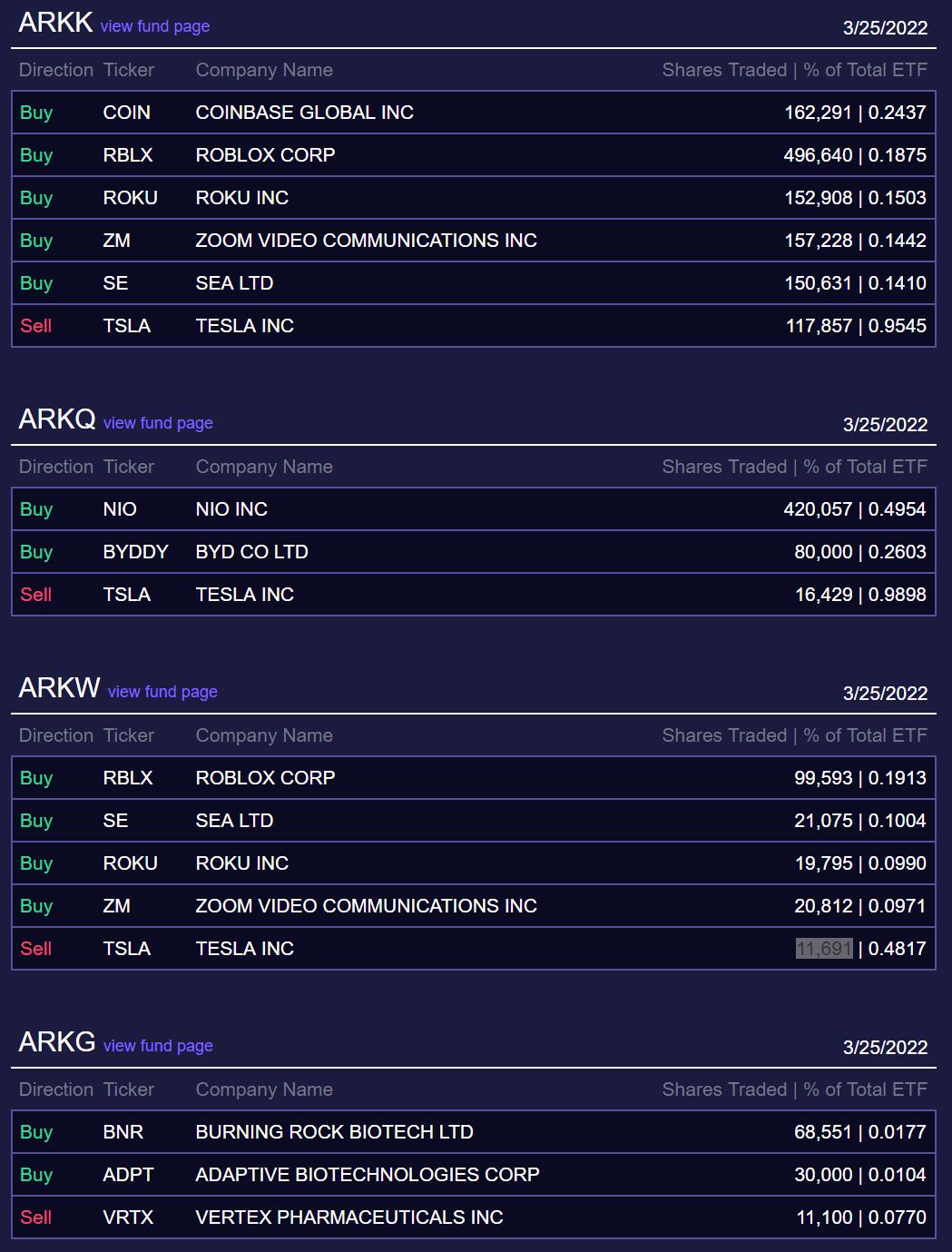