For the full year 2021, LFP batteries accounted for 51.7 percent of all battery installations, higher than the 48.1 percent for ternary batteries.

Lithium iron phosphate (LFP) batteries appear to have become the dominant choice for automakers in China, with installations of these batteries continuing to outpace ternary batteries over the past six months. 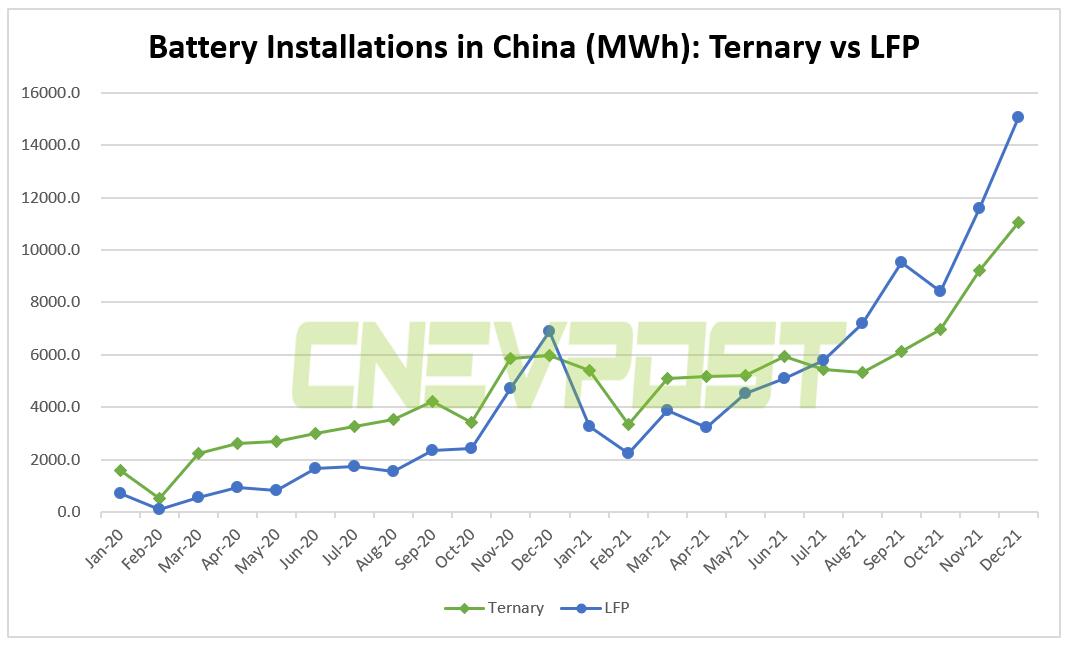 Data released today by the China Automotive Battery Innovation Alliance shows that China's LFP battery installed base in December was 15.1 GWh, higher than the 11.1 GWh of ternary batteries.

This is the sixth consecutive month that LFP batteries have maintained their lead after surpassing ternary batteries for the first time in the year in July last year.

For the full year of 2021, the cumulative installed base of LFP batteries was 79.8 GWh, also surpassing the 74.3 GWh of ternary materials.

This gives LFP batteries a 51.7 percent share of the total installed base in 2021, higher than the 48.1 percent for ternary batteries.

In December, China's power battery installed base was 26.2 GWh, up 102.4 percent year-on-year and up 25.9 percent from November. 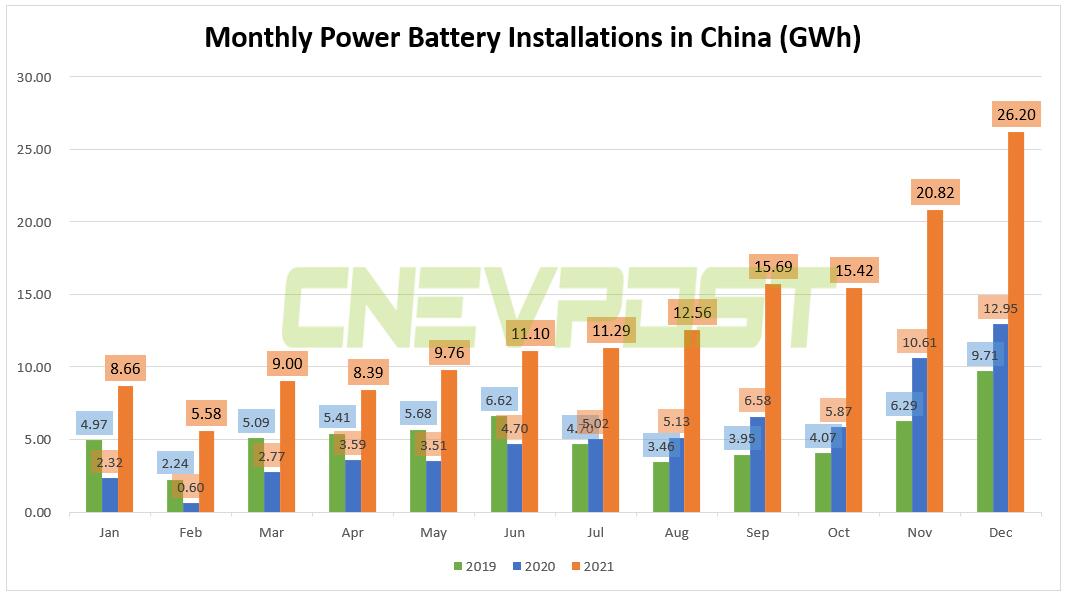