CALB is the third largest EV battery maker in China, with a market share behind CATL and BYD.

CALB, one of China's largest suppliers of batteries for electric vehicles (EVs), plans to list in Hong Kong to fund further growth.

Information from the website of the China Securities Regulatory Commission (CSRC) shows that CALB filed an application for an overseas initial public offering of shares on December 29 as it prepares to list in Hong Kong.

CALB became the first company to submit an application for listing in Hong Kong after the CSRC announced the draft regulations governing the overseas issuance and listing of securities by local companies late last month. Upon approval, CALB will be able to submit a prospectus to the Hong Kong Stock Exchange.

Information on the CSRC's website indicates that it received CALB's application materials on December 30, without providing any further information.

However, according to local media The Paper, CALB's target capital raising for its Hong Kong listing is HK$7.8 billion ($1 billion).

Founded in 2007, CALB is now one of the largest makers of power batteries in China.

According to data released last month by the China Automotive Battery Innovation Alliance, CALB installed 1.09 GWh of batteries in China in November, ranking third with a 5.2 percent market share, while CATL ranked first with a 55 percent share and BYD ranked second with 16.6 percent. 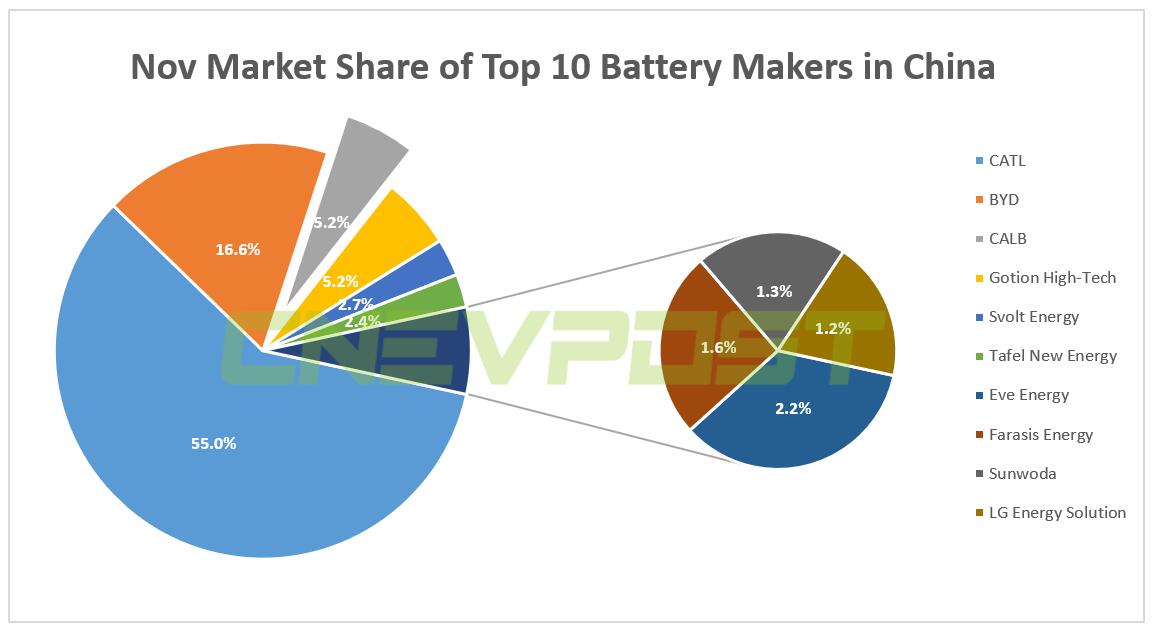 CALB has seven production bases in Changzhou, Luoyang, Xiamen, Chengdu, Wuhan, Hefei and Heilongjiang, with a planned capacity of 200 GWh this year.

Notably, on July 21 last year, CATL announced that it had formally sued CALB for patent infringement, claiming that CALB's allegedly infringing batteries have been installed in tens of thousands of vehicles.

If CALB loses the case, its entire product line could be banned, Wallstreetcn said at the time, citing legal sources.