The model will be built on Geely's SEA architecture and feature six Eye-Q5 system-on-chips (SoCs). 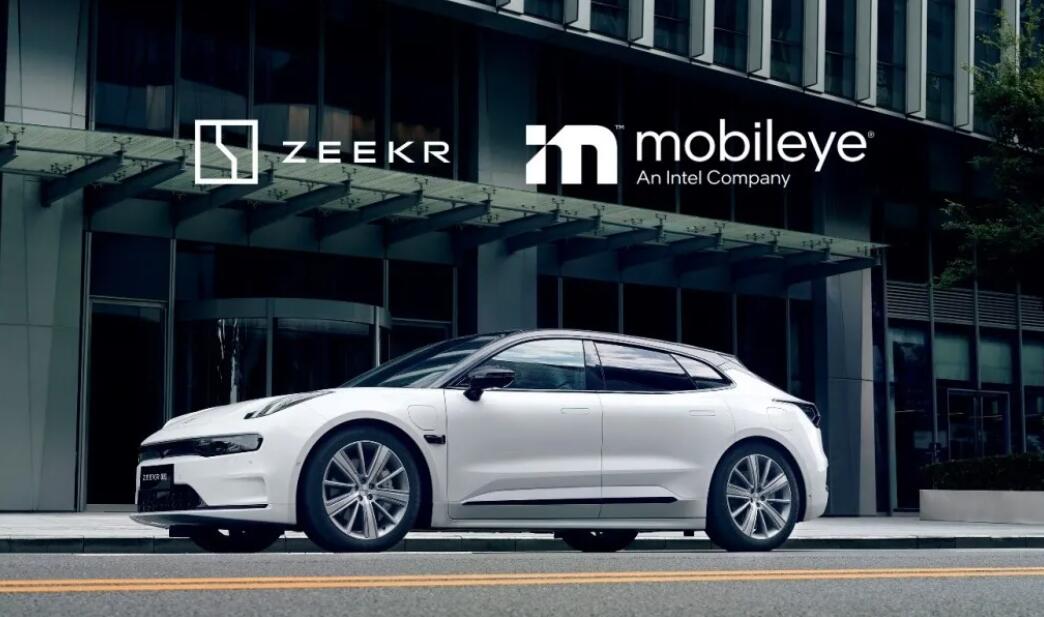 Zeekr, Geely's premium electric vehicle (EV) brand, announced today that it has expanded its strategic partnership with Mobileye, an Intel-owned self-driving technology company, with the goal of delivering the world's first L4-capable consumer autonomous vehicles by 2024.

Zeekr didn't release any more details, but the teaser image released by Mobileye suggests that the model is likely to be an SUV. 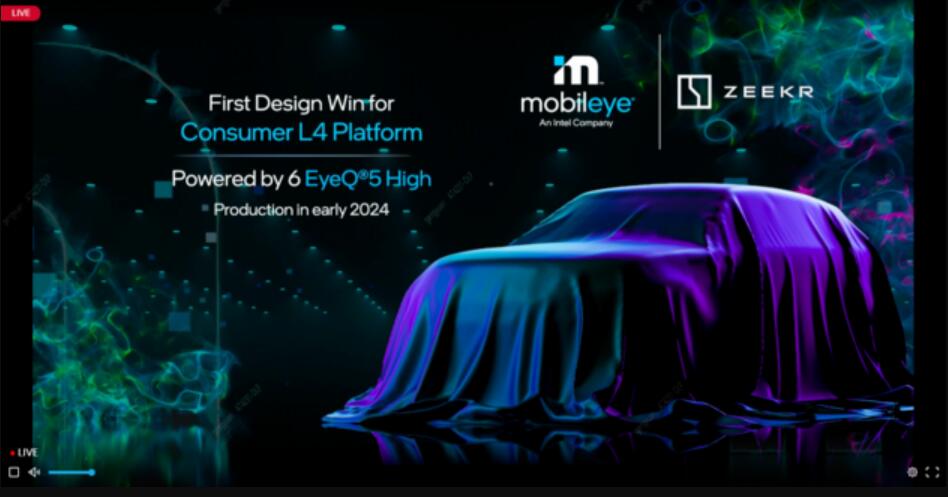 For reference, Zeekr's only model currently on sale, the Zeekr 001, is equipped with two Mobileye EyeQ5H chips and has an overall computing power of 48 TOPS.

NIO's two sedans, the ET7 and ET5, use four Nvidia Orin SoCs for a total of 1,016 TOPS of assisted driving.

The partnership reflects on 35 plus years of automotive R&D and manufacturing expertise from Geely, as well as Zeekr's ambition to provide an industry-leading autonomous driving solution for its users, Zeekr said in a press release.

"Our partnership supports Zeekr and Mobileye’s shared ambitions for leading the global ADAS and AV industry. Zeekr welcomes open collaboration that enables the integration of technological expertise to create a more sophisticated autonomous mobility experience for our customers," said Andy An, CEO of Zeekr.

Mobileye and Zeekr are aligned in their vision for the future of mobility, and the latter's confidence in Mobileye as a technology partner demonstrates its ability to execute on common goals and further solidify industry leadership, said Ammon Shashua, Mobileye's president and CEO.

Zeekr was officially established in March 2021, and on April 15, Zeekr's first model, the Zeekr 001, was unveiled, a renaming of the model previously known as the Lynk ZERO.

Zeekr delivered 3,796 Zeekr 001 units in December, up 88.7 percent from November, according to figures it announced on January 1.

Zeekr made its first delivery of the Zeekr 001 on October 23, after taking 199 deliveries in October and 2,012 in November.

Yu's team believes that Zeekr has a well-thought-out strategy and ample backing to potentially disrupt China's premium market along with NIO.