Editor's note: NIO denied plans to build a factory in Poland after this article was published, saying that the job ad circulated earlier was a technical error.

Here is the original CnEVPost article: 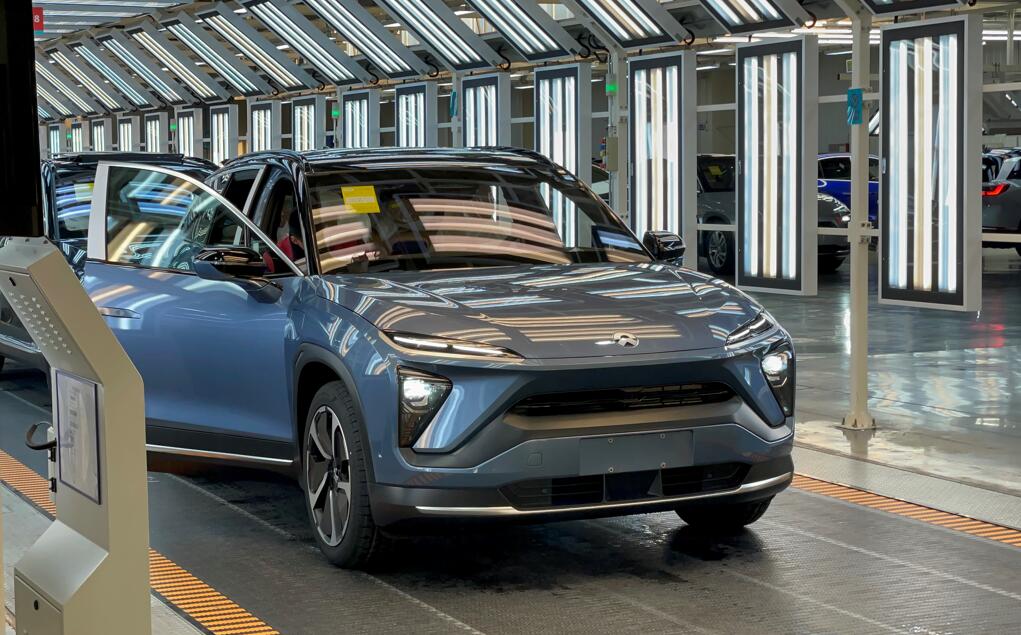 NIO plans to enter at least five European countries next year, and now the company seems to be accelerating its preparations.

The Chinese EV maker is hiring for an "EU Plant operation manager" position in Mazowieckie, Poland, according to a LinkedIn ad posted by the company. 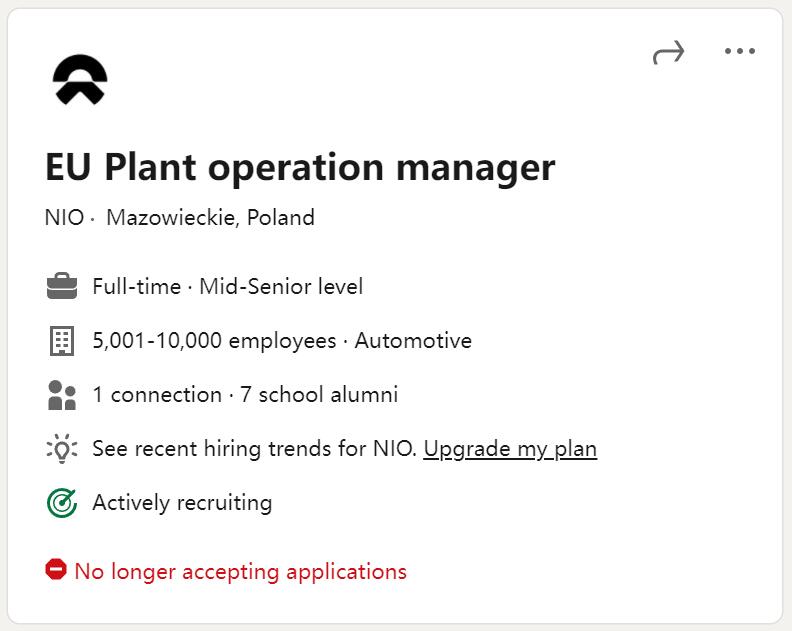 Key responsibilities for the position include:

Establish EU plant, to make sure facilities, layout and capability are well designed and installed;

These statements imply that NIO will establish a plant in Poland to meet its future capacity needs for expansion in Europe.

The position is currently closed for applications. 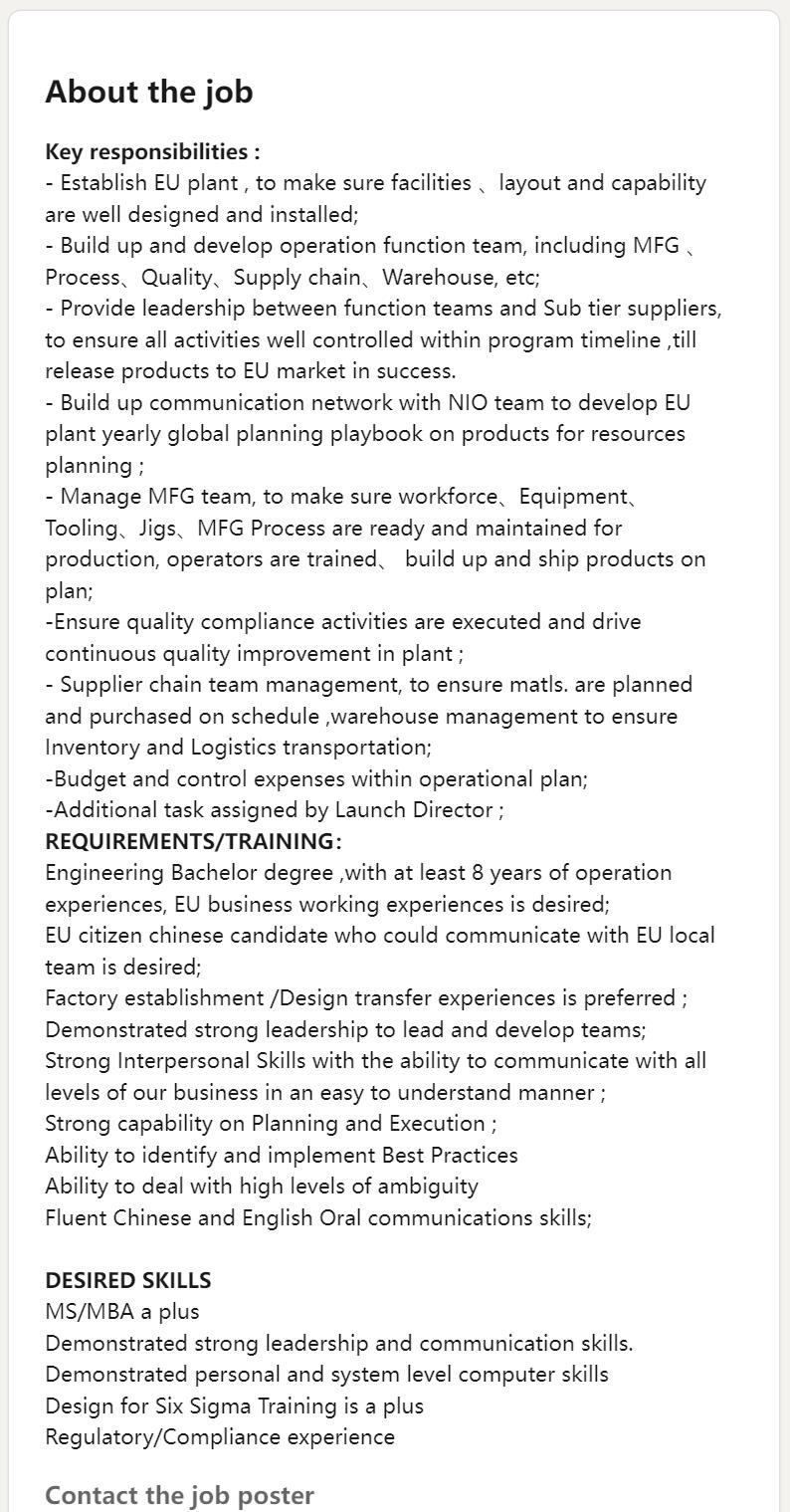 The move comes as no surprise, as capacity has become the biggest bottleneck limiting sales for leading EV makers in the global shift to electric vehicles.

Tesla's plant in Berlin, Germany, is not far from going into production, and NIO's local counterpart, Li Auto, told the South China Morning Post on the day it went public in Hong Kong on August 12 that the company was considering the possibility of building an offshore production facility - possibly in Europe - to serve as a stepping stone to its global market.

"We want to be a winner, not just a mere participant, in the global market" Shen Yanan, co-founder and president of Li Auto, was quoted as saying in the report.

NIO has repeatedly said that the company has been targeting the global market since its inception, not just China, the world's largest automotive market.

In a conference call following the release of its third-quarter earnings on November 10, William Li, founder, chairman, and CEO of NIO, said that from a global perspective, NIO wants to be the most satisfying brand for users around the world.

NIO has its own goals for expansion in the global market, but it is hard to say which year it will reach the goals, Li said, adding in the long run, it is a reasonable plan for overseas markets to contribute 50 percent of sales.

NIO had aggressive globalization plans at its inception, but those plans were forced to be scaled back as it met with huge financial difficulties in late 2019 and early 2020.

In late 2020, after its financial situation eased significantly, the company began to re-accelerate its plans to enter overseas.

NIO has not confirmed the existence of the program, but in early May this year, the company officially announced that it would enter overseas markets, with Norway as the first stop.

In a research note in early June, Deutsche Bank's Edison Yu's team said only time will tell if NIO's strategy will show results in Europe, but NIO could do better than Tesla in serving customers, as the management team is very methodically entering markets and intrinsically much more consumer satisfaction oriented.

The team noted that the competitive environment in Europe is also very different from China, where there are essentially no startups in the space as well as tech giants competing, an opportunity for NIO, which continues to outsell its European counterpart's models in the Chinese market.

In early July, NIO began hiring a managing director for its German operations to lead its business development there, and in late July, the company posted several job openings on LinkedIn based in Amsterdam and revealed its European headquarters in Amsterdam.

In the earnings call earlier this month, Li said NIO's efforts in Norway met the company's expectations, with a quarter of test-driving users placing orders, which much more efficiently than in China.

NIO will enter at least five European countries next year, all offering NT2-based products. The ES8, based on the first-generation platform, will only be offered in Norway, Li said.