With cumulative deliveries of 88,867 units through the end of September, the milestone means that it will easily surpass 10,000 deliveries in October. 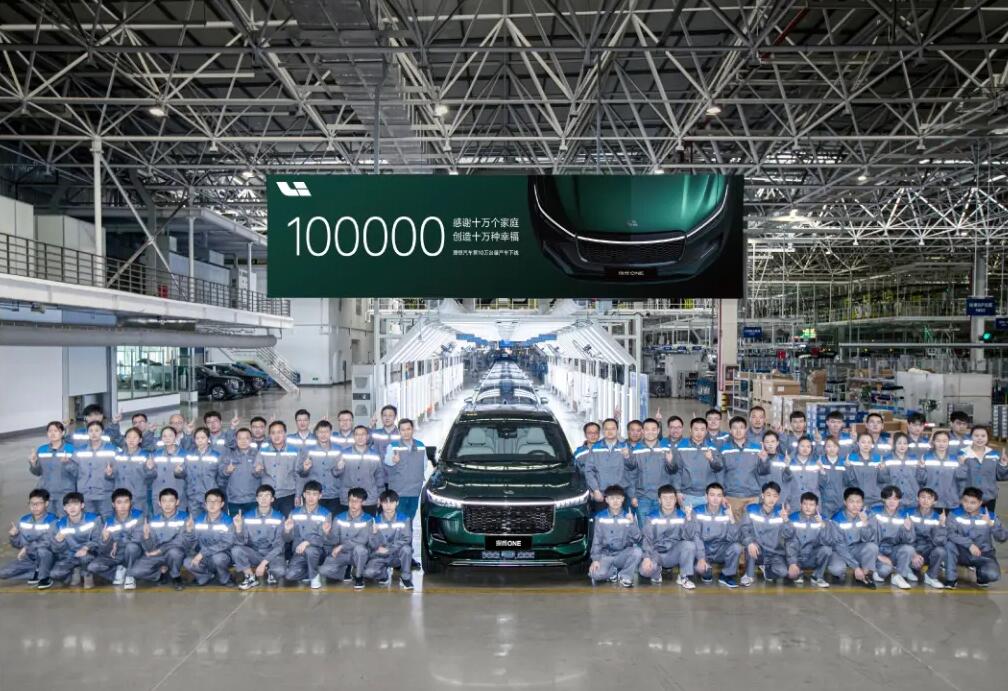 Li Auto today saw the 100,000th Li ONE roll off the assembly line at its manufacturing facility in Changzhou, Jiangsu province, marking a major milestone in the company's history.

It makes the company the third new carmaker to reach that milestone after NIO and XPeng Motors, and the first startup to break that threshold with a single model.

Li Auto reached the milestone in 708 days, the company said.

The company, which currently has only one model, the Li ONE, on sale, delivered 7,094 units in September, up 102 percent year-on-year and down about 25 percent from August.

"Li Auto saw a drop in deliveries in September due to the continued shortage of chip supply," Shen Yannan, the company's co-founder and president, said on October 1.

In the first nine months of the year, Li Auto delivered a total of 55,270 units. Cumulative deliveries of the Li ONE have reached 88,867 units by the end of September, according to the company.

Since Li Auto uses order-based production like NIO and XPeng, the milestone means it will easily exceed 10,000 deliveries in October.

NIO's 100,000th production vehicle rolled off the production line at its manufacturing base in Hefei, Anhui Province on April 7, a blue ES8.

It took NIO 35 months to reach this milestone, counting from May 27, 2018, when the first production vehicle, the NIO ES8, rolled off the production line.

XPeng's 100,000th vehicle, a P7, the company's flagship sedan, rolled off the production line at its plant in Zhaoqing, Guangdong, on October 11.