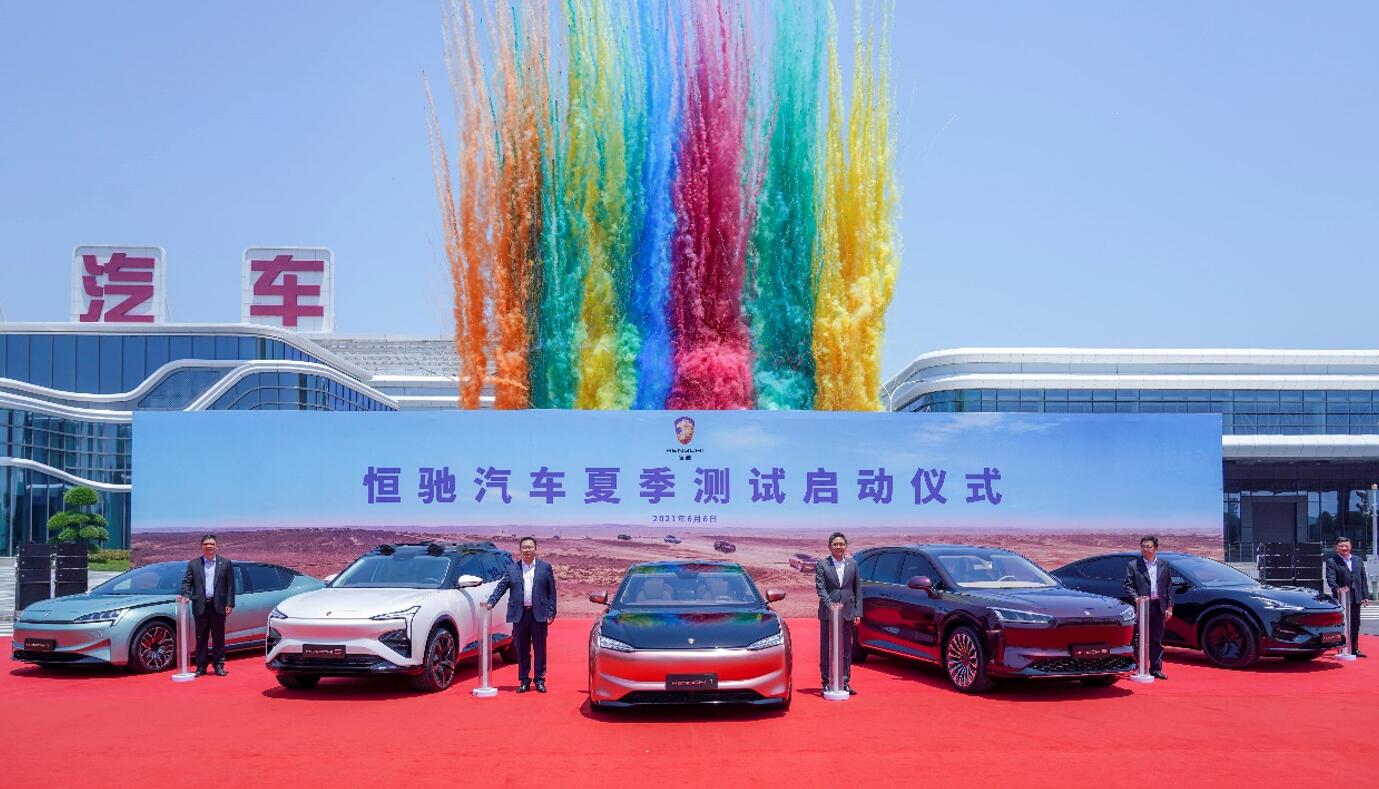 The test will take place in Turpan, Xinjiang, where the average summer daytime temperature is above 40°C. The Hengchi 1, Hengchi 3, Hengchi 5, Hengchi 6 and Hengchi 7 vehicles will undergo a series of extreme tests here.

In the fourth quarter of this year, the Hengchi series will start trial production, and the mass delivery will begin next year, said Liu Yongzhuo, president of Evergrande Auto Group, at the launch ceremony.

Evergrande Auto began winter testing of the first mass-produced vehicle, Hengchi 1, in the cold environment of Inner Mongolia on Feb. 3 this year. The temperature at the test site was low as -35°C, testing the low-temperature performance of Evergrande's electric car.

Hui Ka Yan, founder, and chairman of Evergrande, opened the test event and witnessed the Hengchi electric car driving fast through the snow.

Although none of the Hengchi models have started mass production yet, Evergrande Auto, which is listed in Hong Kong, has seen its share price soar this year, rising 125 percent from Jan. 5 to Feb. 18.

Since mid-April, Evergrande Auto shares have continued to move lower, narrowing the year's gains to less than 10 percent.