Home › NIO › Despite not delivering a single car, Evergrande Auto has overtaken NIO as second most valuable carmaker in China

Evergrande Auto, the car-making arm of China's largest real estate company, has surpassed NIO to become the second most valuable car company in China, even though it has yet to start mass production of its vehicles.

At the close of trading on April 1, Evergrande Auto had a total market capitalization of HK$589.5 billion ($75.8 billion), higher than NIO's $62.2 billion, which is listed in the United States. 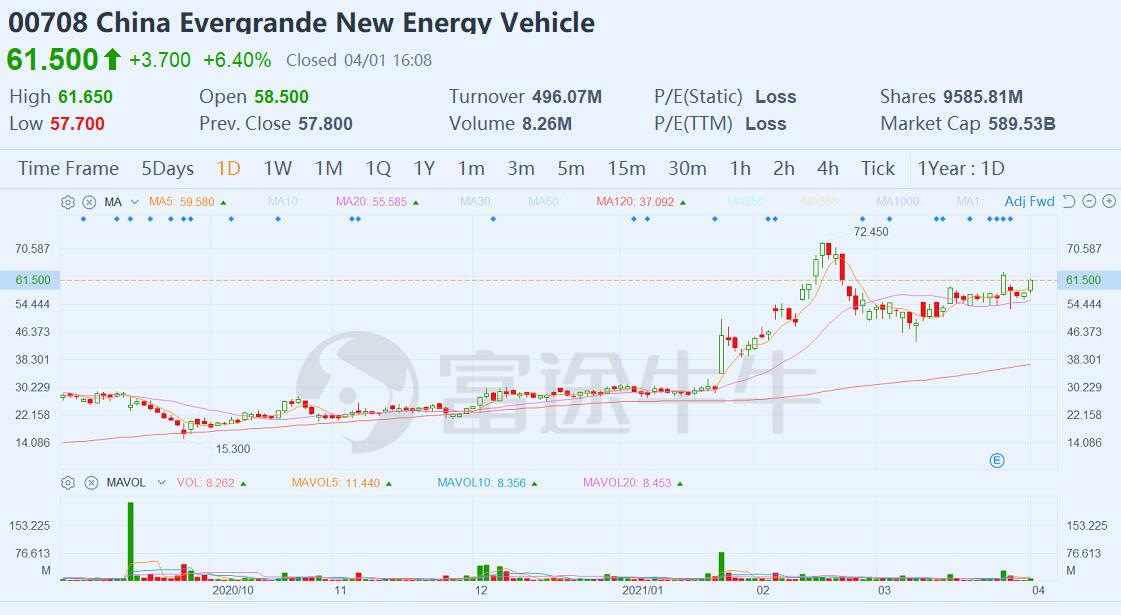 On April 2, both the Hong Kong and US stock markets were closed, while the A-share market traded normally.

By the close of trading on April 2, BYD's market capitalization in Shenzhen was RMB 503.1 billion, or $76.6 billion, still the most valuable car company in China.

The day before that, Evergrande Auto reported in its 2020 results that it had invested a total of RMB 47.4 billion in the new energy vehicle industry.

However, in the following two trading days, Evergrande Auto's share price dropped continuously, with a cumulative drop of about 9.71%.

Chinese official media Xinhua News Agency criticized on the 28th the phenomenon of "companies reaching hundreds of billions of RMB in market value before selling a single car" and the "inflated valuation" of new energy vehicles in the capital market.

On March 29, Evergrande Auto fell by more than 15 percent at one point.

NIO delivered a record 7,257 vehicles in March, up 373.4 percent from the same period last year and up 30 percent from February.

The company delivered a total of 20,060 units in the first quarter, reaching a single-quarter delivery of more than 20,000 units for the first time, up 422.7% year on year. 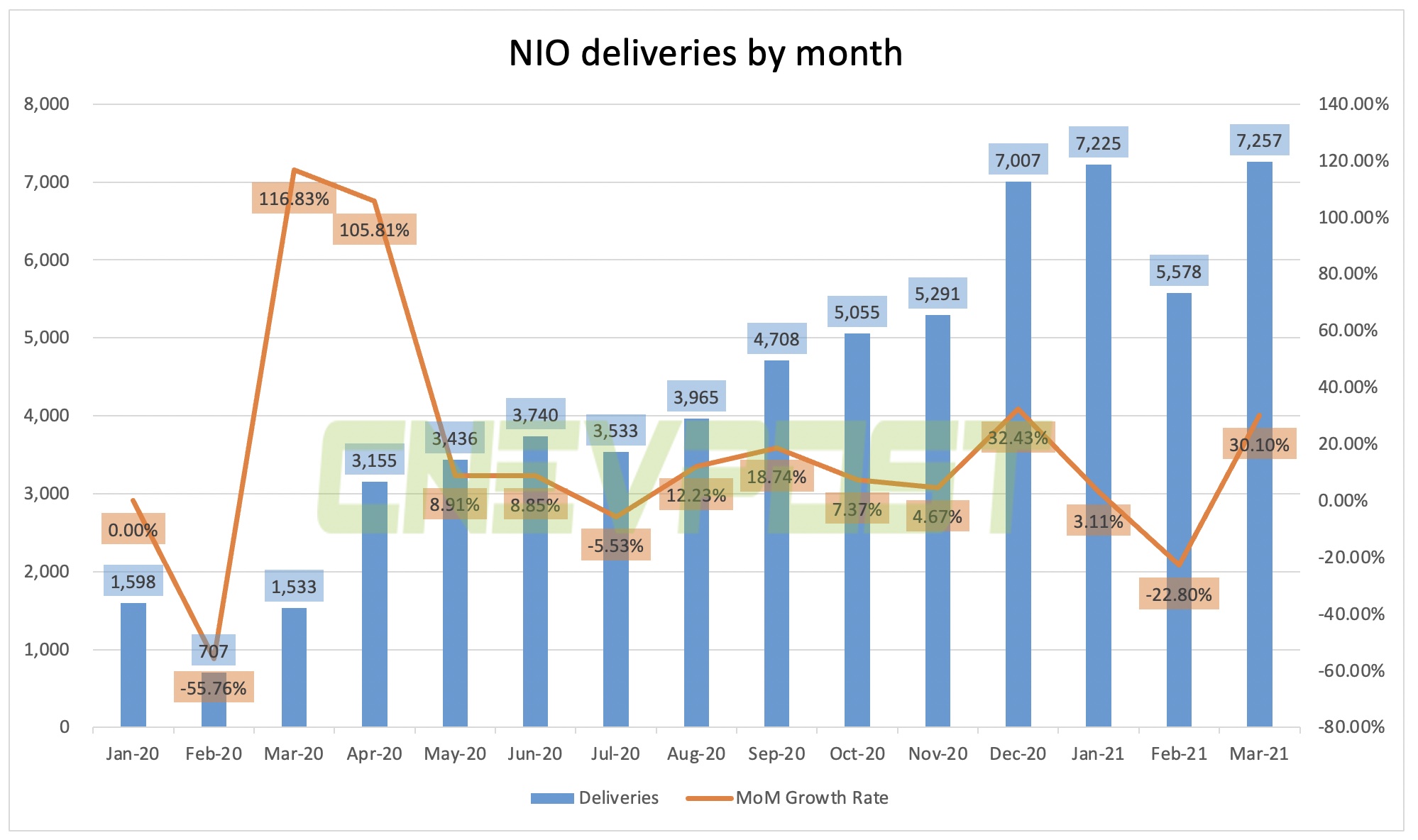