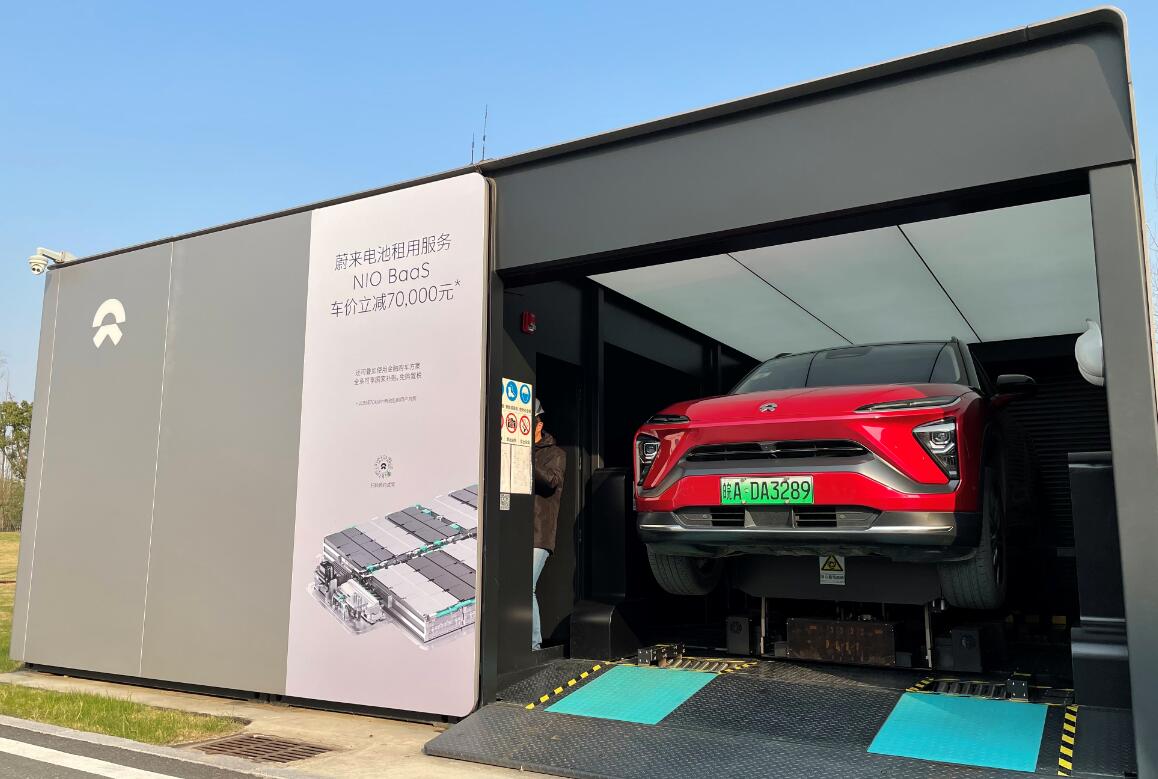 Chinese EV startup NIO is actually not alone in promoting the innovative model of separating body and battery in cars.

Auto giant SAIC will soon launch a "battery bank" to support the body-battery separation model, with a unified battery pack to be introduced by the end of this year or early next year, cls.cn quoted SAIC deputy chief engineer Zhu Jun as saying on Wednesday.

This would make SAIC the second major Chinese car company after NIO to set up a "battery bank" to support the body-battery separation model.

Although these companies do not refer to the company as a "battery bank," it is essentially such a company.

As the backbone of the battery swap model that NIO has labeled itself as, its BaaS (battery as a service) business is managed by Weineng.

In China's electric vehicle market, vehicles that support battery swap are already taking shape, with NIO being the only car company to deliver such models on a large scale for the average consumer.

But it's worth noting that SAIC is also a big supporter of this model. During China's Two Sessions in March, SAIC Chairman Chen Hong submitted a proposal to urge the improvement of the policy system related to the business model of separating body and battery for new energy vehicles in order to accelerate the development of the model.

SAIC previously offered models for the cab market that supported battery replacement, but in March its Roewe brand began considering offering such models for general consumers, providing a new endorsement for the model NIO is strongly advocating.

"In addition to the Roewe Ei5 for the cab market, we are also studying whether to launch a battery swap-enabled model for the general public," Shanghai Automotive News quoted Yu Jingmin, deputy general manager of SAIC Passenger Cars, as saying at the time.

The Roewe Ei5 is the first battery swap-enabled model announced by SAIC Roewe for the cab market on March 11, and the first few hundred vehicles will be delivered to partners for operation.

Yu said consumers can upgrade their range through battery swap, switching from the original 400km to a 500km or even higher range version, a model that gives consumers new options.

"Through battery swap, the battery can achieve centralized management, can have more imagination in the battery life and gradual utilization," according to Xu Lu, chief operating officer of SAIC passenger car new energy vehicle business energy segment, she added that SAIC is currently studying the next generation of battery technology and vehicle technology.

"By about 2023, SAIC's entire new energy model lineup will be available with full vehicle products that support 'rechargeable and battery swap,'" Yu said.

It's worth noting that China is increasing its policy support for body and battery separation models.

The standard, drafted by companies including NIO, Beijing Electric Vehicle Co Ltd, and Geely, will come into effect on November 1 this year, setting out safety requirements, test methods and inspection rules for battery swappable electric vehicles.