In addition to offering battery swap-enabled models for the cab market, Chinese automaker SAIC Roewe is also considering offering such models for the average consumer, providing a new endorsement for a model strongly advocated by electric carmaker NIO.

"In addition to the Roewe Ei5 for the cab market, we are also studying whether to launch a battery swap-enabled model for general users," Shanghai Auto News quoted Yu Jingmin, deputy general manager of SAIC Passenger Cars, as saying.

The Roewe Ei5 is the first battery swap-enabled model announced by SAIC Roewe for the cab market on March 11, and the first few hundred vehicles will be delivered to partners for operation.

Yu said that consumers can complete the range upgrade through battery swap, from the original 400 km to 500 km or even higher range version, this model can provide consumers with new options.

Through battery swap, battery centralized management can be achieved, and there will be more room for improvement in terms of the battery life and gradual utilization," according to Xu Lu, chief operating officer of SAIC new energy vehicle business’s energy segment, she added that SAIC is currently studying the next generation of battery technology and vehicle technology.

"By about 2023, the entire 'rechargeable and battery-swappable SAIC new energy model lineup will be launched  ."

The Roewe Ei5 was jointly launched by SAIC and swap station operator Aulton. "At present, Aulton has realized a 20-second extreme battery swap with multi-brand and multi-model sharing, and the whole service is completed within 1 minute." Huang Chunhua, general manager of Aulton's marketing center, said the battery swap service started with companies’ operating vehicles and will also be gradually promoted to ordinary consumers. 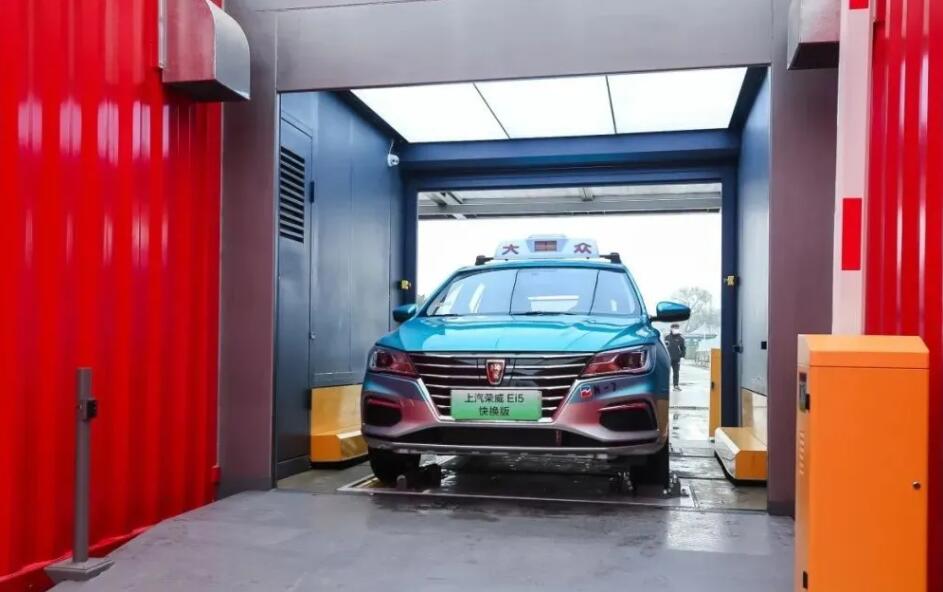