On Feb. 28, Tesla added "sales of battery swap facilities for new energy vehicles" to its business scope in China, sparking speculation that it might support battery swap like NIO.

She said battery swap facilities should primarily serve public transportation, and that it is more convenient and stable for regular users to use high-power fast charging.

She also used the evolution of electronic products in the past 10 years as an example, saying that these products initially used removable batteries, but now they have integrated built-in battery design.

In Tao's view, fast charging is actually "the result of deep thinking by major electronics manufacturers in terms of technology trends and product logic".

Although Tao did not directly name any company, this is seen as a targeting NIO, which is currently the only one in the Chinese market that has launched battery swap-enabled models for general consumers.

NIO's senior director of communications Ma Lin later took to Weibo to give his response. He said that the battery swap station is an important infrastructure for NIO, considering the user experience and user interests, "whether the battery swap is good or bad, the user has the most say".

In fact, Tesla's new generation of supercharging can charge the car for 250 km in 15 minutes, but the full charging time is 45 minutes. Because based on the physical characteristics of the battery, as the power increases, the charging speed declines.

Therefore, even with the next generation of high-speed charging equipment, the full charging time is difficult to reach within half an hour. But battery swap speed is basically about 4 minutes, so in terms of speed, NIO's battery swap is better.

But Tesla's new generation of supercharging uses DC power, so even if several cars are charged together, they will not interfere much with each other.

On the other hand, NIO's battery swap station can only swap one car's battery at a time, so if several cars are waiting, it will take significantly longer for users to get their batteries changed with fully charged ones.

And this situation will continue to intensify as vehicle ownership increases while the construction speed of battery swap stations is not able to catch up with sales.

Currently, the charging problem of electric vehicles is the biggest constraint for potential consumers. If the charging speed is fast enough, say, 500km in 5 minutes, then battery swap technology is not necessary at all.

But the current fast charging technology of new energy vehicles is obviously far from consumer expectations, so battery swap has a faster replenishment speed.

In addition, the battery swap model is being supported by China's policies in recent years.

According to a government policy released last year, new energy passenger cars priced at no more than RMB 300,000 yuan ($46,080) before subsidies are eligible for the new round of subsidies, but models that support battery swap are not subject to this limit.

At present, Tesla Model Y is priced above RMB 300,000 yuan, so it cannot enjoy national subsidies.

It is battery swap mode with such clear policy support that soon attracted many like SAIC, GAC, BAIC, Geely, Changan Auto, and other mainstream car companies to join in the battery swap.

For NIO, in addition to the consideration of replenishment speed, more importantly, it hopes that car owners can enjoy the benefits of battery technology progresses.

NIO's new 100 kWh battery is already available at the battery swap station in Beijing, and NIO has announced that it will launch a 150-degree solid-state battery in the fourth quarter of next year.

Even the first NIO ES8 delivered in 2018 can get a range increase of more than 40 percent by upgrading to a 100-degree pack, according to Ma. 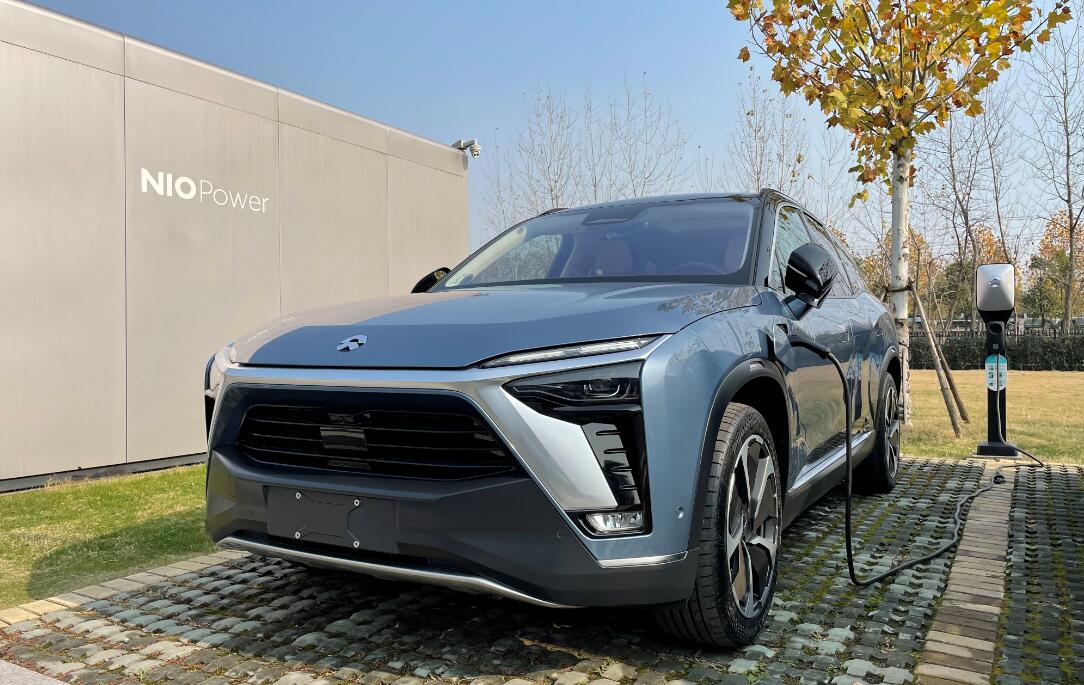