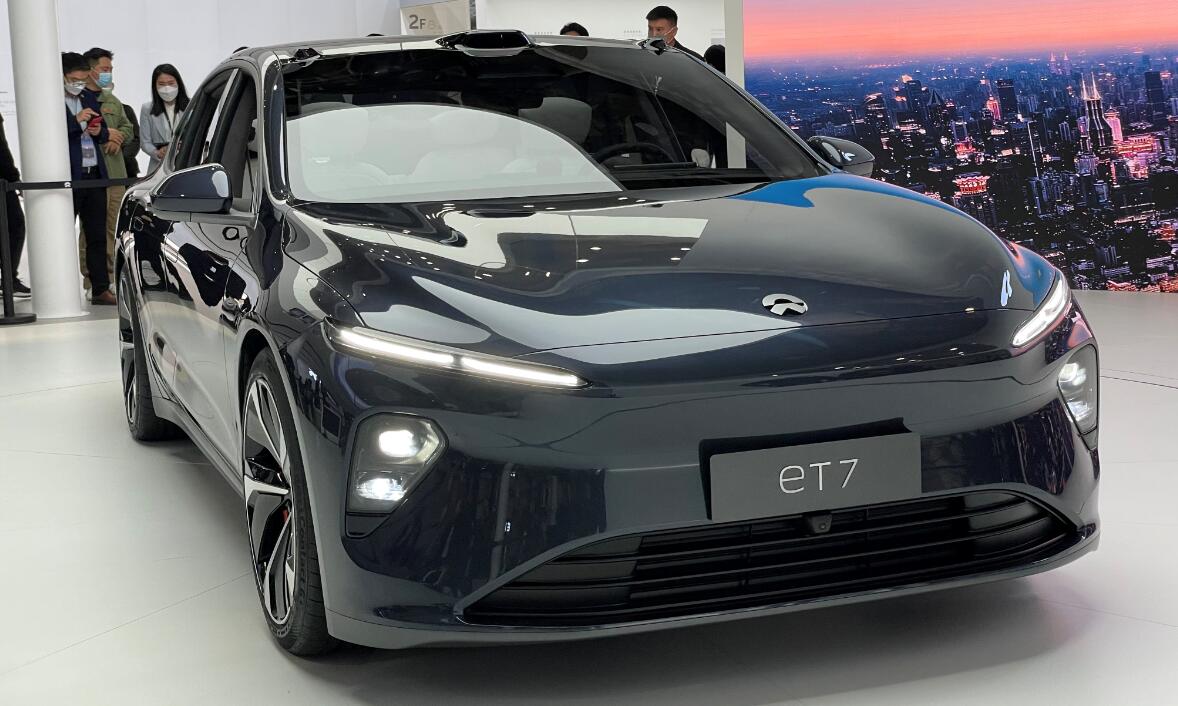 In a subsequent analyst call, the company's management responded to investor concerns including chip shortages, industry competition, and NeoPark-related issues.

NIO's temporary shutdown at the end of March and early April will have an impact on April deliveries, and it is now more challenging to achieve a monthly capacity of 7,000-7,500 units.

The industry as a whole believes that the situation will be better in the third quarter and will further improve in the fourth quarter. There are also views that are more pessimistic. Partners want to support NIO's production. So far, NIO is doing OK, he said.

Li is confident about NIO's position in the market, saying that in the high-end market there is no brand that can compete fully with NIO, including products, services and user communities.

Traditional premium brands have launched products that have certain aspects that are bright, but they need to have a greater commitment to change in terms of autonomous driving and other aspects, he said.

"The automotive industry is not the industry where the winner takes all, and we are still focusing on the premium market. At present, although the penetration rate of electric vehicles in China exceeded 10 percent in March, the current car market is still dominated by gasoline vehicles, from this point of view NIO still has a lot of space," Li said.

The challenge of mass production of NIO's new products is more challenging, but so far it still believes the delivery of the ET7 in the first quarter of next year is possible, he said.

The park will invest RMB 50 billion in its first phase and will have a total annual output of 500 billion yuan. It will have an annual production capacity of 1 million vehicles and 100GWh of batteries.

Li said in the conference call that NIO is one of the key players, but among them will also come in hundreds of other companies in the automotive industry chain.

NIO has planned NeoPark with Hefei, but will not be involved in the infrastructure of the park, which has Hefei investing in its construction. NIO is an important user, he said.

"As to whether all the annual 1 million units of capacity goes to NIO, if we grow fast enough, they will certainly be happy to give us the capacity," Li said.

Below is a live transcript of the main points mentioned by Li during the conference call:

NIO is in discussions with its partners regarding the NeoPark partnership model and will announce details in due course.

NIO will continue to invest more in R&D.

NIO's gross margin of over 20% has reached a healthy state and is generally comfortable. We should not expect too high a margin increase in the future.

Now that the market is volatile, NIO is tracking the impact of the chip shortage on the supply chain on a daily basis. The fire at a factory in Japan (Renesas Electronics) has a delayed supply chain impact that will affect the global automotive chain in mid-May. The chip shortage challenge is still relatively large.

The shutdown at the end of March and the beginning of April will have some impact on April deliveries, and there is now a relatively large challenge with a capacity between 7,000 and 7,500.

The industry as a whole believes that 3Q will be better and 4Q will be further improved. There are also views that are more pessimistic. Partners are supportive of NIO and want to support NIO's production. So far, NIO is doing OK.

We still have confidence in NIO's position in the market. We have not seen any brand that can fully compete with NIO in the high-end market yet, including products, services, and user community.

Traditional premium brands have launched products that have certain aspects that shine, but they need to have a greater commitment to change in terms of things like autonomous driving.

The automotive industry is not an industry where the winner takes all, and we are still focusing on the high-end market. At present, although the penetration rate of electric vehicles in China exceeded 10% in March, the current car market is still dominated by gasoline vehicles, from this point of view NIO still has a lot of space.

The overall strength of NIO's product, technology, brand, service, user experience, and user community can make us more and more competitive in the long run.

The challenge of mass production of our products is big, but so far we still think it is possible to deliver the ET7 in the first quarter of next year.

NIO still has a strong ability to launch products quickly, and the quality of our products ranks first in the industry, so we are confident in our ability to increase mass production.

NeoPark is big, with a large area of 16,950 mu (11.3 square kilometers), and NIO is one of the major players, but there will be hundreds of other companies from the automotive chain coming in.

NIO has planned NeoPark together with Hefei, but will not be involved in the infrastructure building of the park, it has Hefei to invest in the construction. NIO is an important user.

As for whether all the 1 million units of annual capacity will be given to NIO, if we grow fast enough, they will certainly be happy to give us the capacity.

For myself during the Shanghai auto show, I was most impressed by the Wuling Hongguang Kivi EV. There was nothing at the top end of the market that particularly impressed me.

It is true that the R&D investment in Q1 is not that high, but this is related to product development.

From Q2 onwards, you can see a significant increase in NIO R&D expenses, which will be related to the increase in the subsequent production models.

The investment in NT2.0 and NT3.0 platform technology will continue to increase, and at a rapid pace.

From the company's operational point of view, a reasonable gross margin is needed, and NIO's current level of gross margin is better than expected, and we are willing to use this to invest in user services, for example.

As for market share, it needs to be seen from a different perspective. Ferrari's market share is not comparable to Wuling Hongguang. We need to think longer term about this.

I don't think that increasing market share through price cuts is a good way to go, and it may not reach the target. Some brands gain market share by constantly lowering prices, and we think this will hurt the brand image.

We think the higher gross margin will allow us to do better service after reaching a certain level.

We work not only with Sinopec, but also with many other national and local partners, and we have sufficient supply of sites needed for the construction of battery swap stations.

The development of NIO solid-state batteries is progressing well.