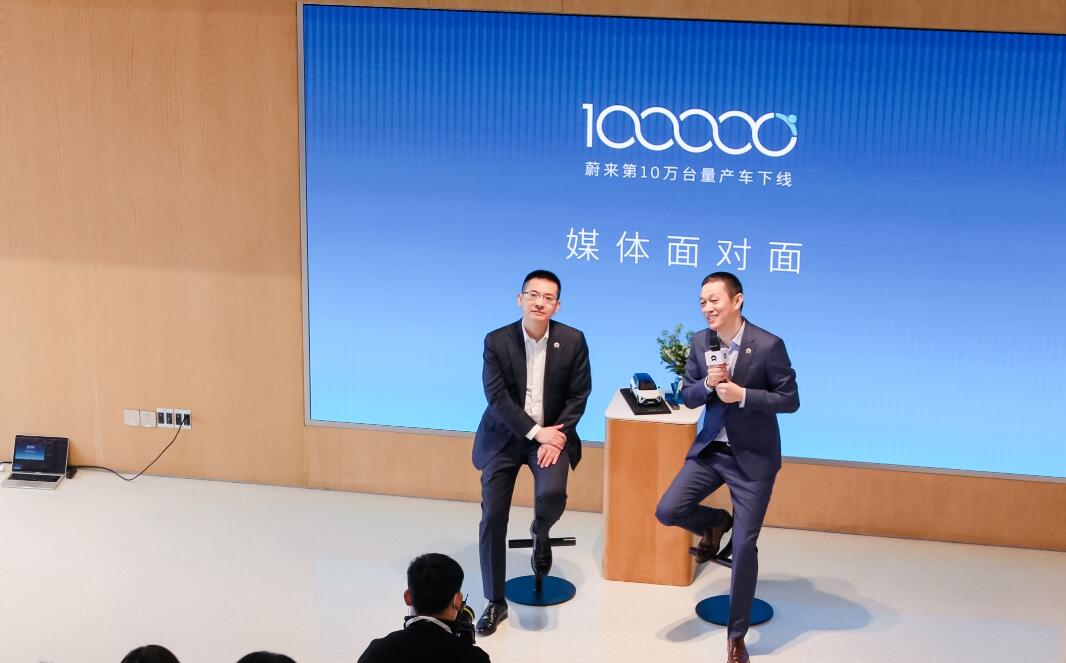 Chinese electric vehicle company NIO has repeatedly mentioned that it will reach 500 of its iconic battery swap stations this year, but the company seems to be aiming higher.

On April 7, NIO's 100,000th vehicle rolled off the production line at its Hefei manufacturing base, marking a major milestone for the company.

In an interview with the media after the ceremony, Li said that NIO needs to continue to improve its service network in 2021 and plans to build a cumulative total of 500 battery swap stations this year.

NIO also expects to release new initiatives for charging station service facilities, laying the groundwork for rapid growth in its user base, he said.

Li mentioned that NIO is still very far from its goal of becoming the most satisfied company and brand for its customers.

A real high-end car should be the high-end of the whole system, not only with technology leadership but also in quality, service, and other aspects of high-end, he said.

2019 is seen as the toughest year for NIO, and Li has been called the most unfortunate man in China by local media as funding comes under pressure and the share price continues to sink.

By 2020, NIO's financing problems were resolved and its share price continued to move higher, up 1,100 percent for the year. In Chinese media reports, Li turned out to be the happiest person in 2020.

Li himself doesn't seem to agree with these descriptions. Not only does he think he is not that miserable in 2019, he is actually not that happy in 2020 either.

He said after Wednesday's event that the biggest change in himself is that he's gotten older and has a little more gray hair. "2019 isn't that miserable and 2020 isn't that happy," he claimed.

Li said he has been preparing to build a car with NIO president Qin Lihong since 2012, and started NIO in 2015.

NIO is unchanged in its general direction so far, Li said, adding that as a fourth-time entrepreneur, it's important to figure out what the company exists for and why it will ultimately win.

Li said the past five years have also been a time of growth for him, and his understanding of smart electric vehicles is now much better than it was when he first started the company.