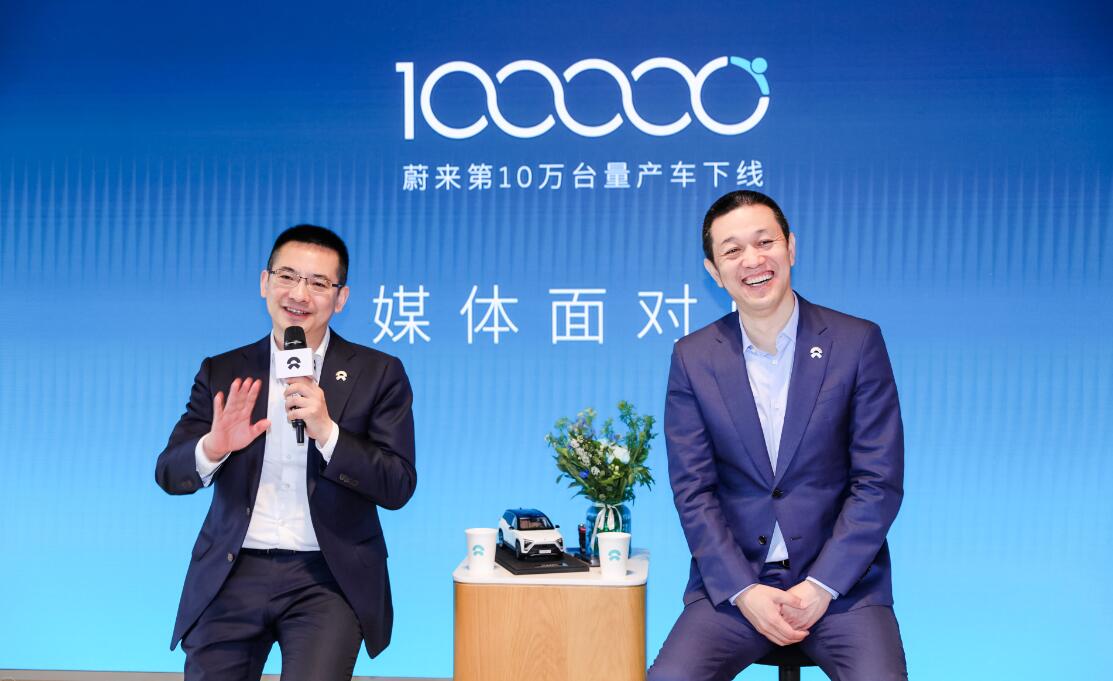 After the NIO ET7, NIO will "definitely" launch a second sedan that will be more competitive than the current Tesla Model 3, said William Li, founder, chairman, and CEO of the electric car company.

On April 7, NIO's 100,000th vehicle rolled off the production line at its Hefei manufacturing base, marking an important milestone for the company. Li revealed the plan in a media interview after the commemorative ceremony.

He did not disclose further details but said that NIO would build more plants in order to meet the production capacity of subsequent products.

Li said the construction of the intelligent electric vehicle industrial park, which NIO had previously agreed to build with the Hefei municipal government, will begin on April 29.

On April 29, 2020, NIO signed an investment agreement with the Hefei municipal government and received a total of RMB 7 billion in strategic investment from Hefei's state-owned capital, putting an end to NIO's capital chain crisis in 2019.

On February 4 this year, the two sides signed a framework agreement to deepen cooperation and plan to jointly plan and build the Xinqiao Intelligent Electric Vehicle Industrial Park to create a world-class intelligent electric vehicle industrial cluster with a complete industrial chain.

First sedan ET7 is getting closer to mass production

There are currently three mass-produced models under NIO - ES8, ES6, and EC6, all of which are SUVs.

At the last NIO Day, NIO's annual event on January 9 this year, Li unveiled the NIO ET7 sedan and said the model was available for pre-order.

The first production line body for the ET7 recently walked off the production line at the Hefei manufacturing base, paving the way for the vehicle's scheduled delivery in the first quarter of 2022.

The production line body is a welded assembly of structural body parts and coverings, which is a very important part of the ET7 in the Confirmation Build process.

The new welding line specially manufactured for ET7 at Hefei Advanced Manufacturing Base will also be put into operation soon, which means the ET7 production vehicle is getting closer to its official debut.

Companies are welcome to enter the car-making field

Li said that Apple, Huawei, and Xiaomi are willing to participate in the wave of car building, which is good for promoting the development of the smart electric car industry, and NIO also welcomes more companies to enter the car building field.

"We are very lucky to live in the best time. China is the most suitable country in the world for smart electric car startups. Whether it's smart, electric, or car, there is no second country better than China in terms of supply chain, talent, and market," he said.

But for car building, in the end, it's all about the product and service, Li said.

Qin Lihong, president of NIO, said that more and more companies are entering the smart electric car track, proving that there is no doubt about the direction. "It's not like they started (building cars) this month, people have been competing for a year or two."