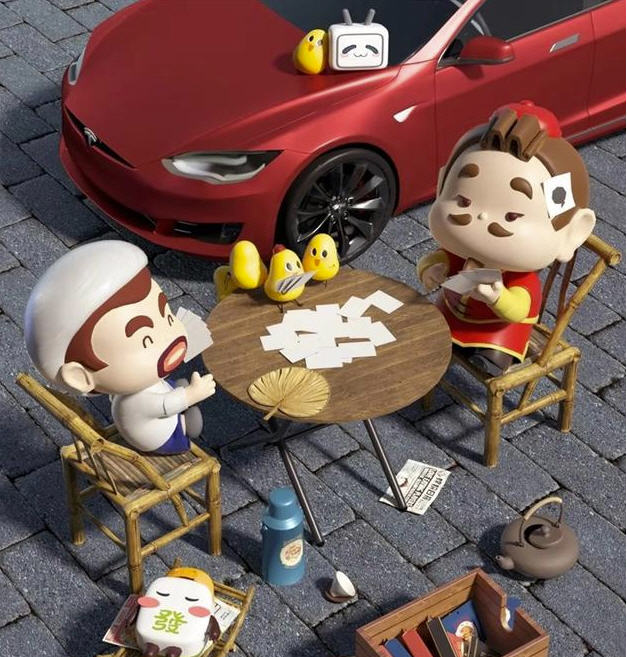 Tesla said today that it will provide more video and gaming content to Chinese customers next year, and will provide online games on its vehicles for the first time.

Tesla showed off new entertainment features for its vehicles via an over-the-air upgrade today, adding three new games -- Happy Landlord, Happy Mahjong, and Happy Upgrade, and video streaming sites Youku and Bilibili. This upgrade is expected to be officially launched to Chinese car owners in the first quarter of next year.

Tesla said that these games can only be started after the vehicle is parked. Often, car owners use entertainment products while charging their cars or get addicted to them on the way home from work.

In addition, in order to provide car owners with healthier car space, this update Tesla will also add new features such as air quality display and weather forecast.

Tesla has been widely regarded as a leader in in-vehicle infotainment. Currently, Tesla has provided a series of games for car owners in the US market, but these games do not have networking capabilities.

It is reported that satisfying Chinese customers is Tesla's top priority. This year, Tesla invested $ 2 billion in the world's largest automotive market (China) to build a factory and set itself a goal of producing 1,000 cars per week by the end of 2019.

Unlike the United States, Tesla also hosts racing events and showroom parties in China. According to Tesla, the company has begun shipping Chinese-made cars out of its Shanghai plant. According to data from consulting services company LMC Automotive, Tesla sold approximately 38,700 vehicles in China in the year to the end of November.

Earlier today, it was reported that the number of Tesla cars registered in China in November this year increased to the highest point in five months, reaching 5,597 units, which is much higher than the 393 units in the same period last year.

Tesla said on Thursday that the 300th supercharging station in China was completed.