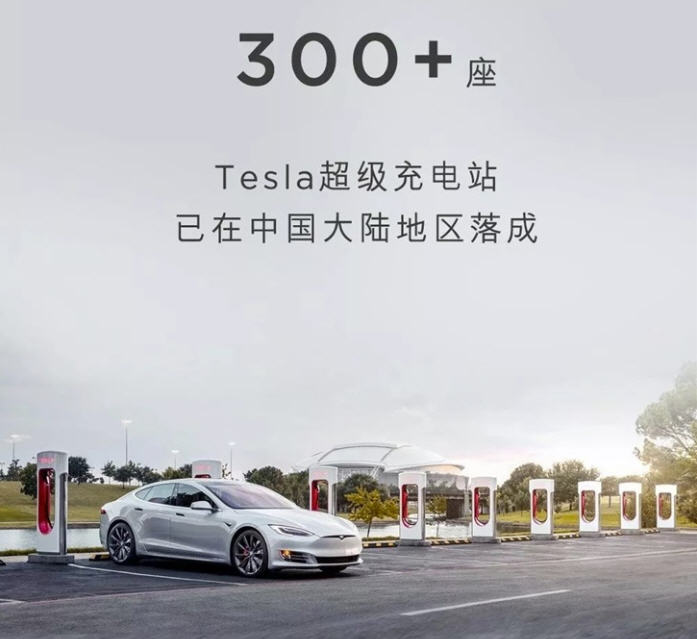 Tesla said on Thursday that the 300th supercharging station in China was completed.

As of now, Tesla's super-charging network has covered more than 140 cities across the country, and more than 2,200 supercharging piles have been in operation, forming a dense charging network that spans east to west and runs north to south.

Supercharging stations are based on complex electromechanical systems and can provide Tesla cars with electricity. In just 20 minutes, a super-charging station can fully recharge a car.

Not only that, the super-charging station can also be used for long-distance travel and can be installed on Asia's busiest transportation lines.

Tesla is considering reducing the price of its China-made Model 3 sedan by 20% or more next year, Bloomberg reported Wednesday quoting people familiar with the matter.