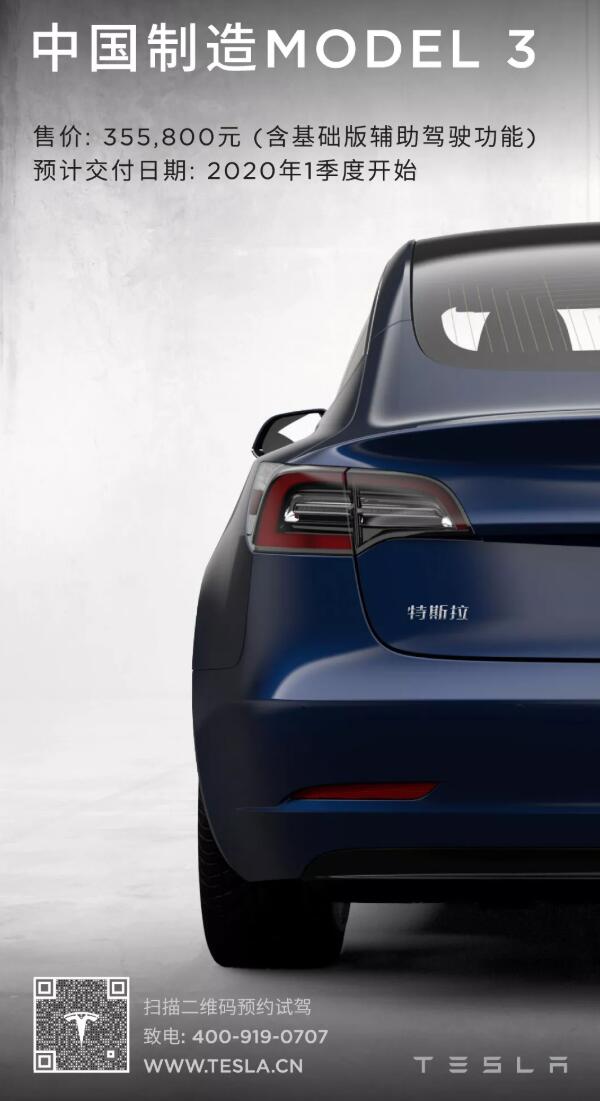 Tesla announced on Friday that Model 3 pre-orders are available for the first time to local customers in China.

The Model 3 cars made by Tesla’s Shanghai Gigafactory starts at 355,800 yuan ($50,000), and delivery will begin in the first quarter of next year, the company said in a statement on its official WeChat account.

The model with an autopilot function has a range of 460 kilometers on a full charge. The time to speed up to 100 km/h takes 5.6 seconds.

It suspended website sales of a less expensive variant of the same model, lacking an autopilot function, it had previously offered at 328,000 yuan ($46,389).

Tesla on Thursday announced the Shanghai Gigafactory is “ready for production” and the new Gigafactory cost 65 percent less than the Model 3 production system it built out in the US, which is scattered between the Gigafactory in Nevada and the company’s original factory in Fremont, California.

With the Shanghai Gigafactory nearly ready to begin production of the Model 3, Tesla's most affordable car, all eyes are now on China to see what kind of lift the automaker can get in the biggest market for electric vehicles in the world.

But as Reuters columnist Katrina Hamlin noted on Friday, the new China factory could deliver a much-needed boost to volumes but it might take a while. Trial production is underway in Shanghai, but that only marks the end of the beginning.