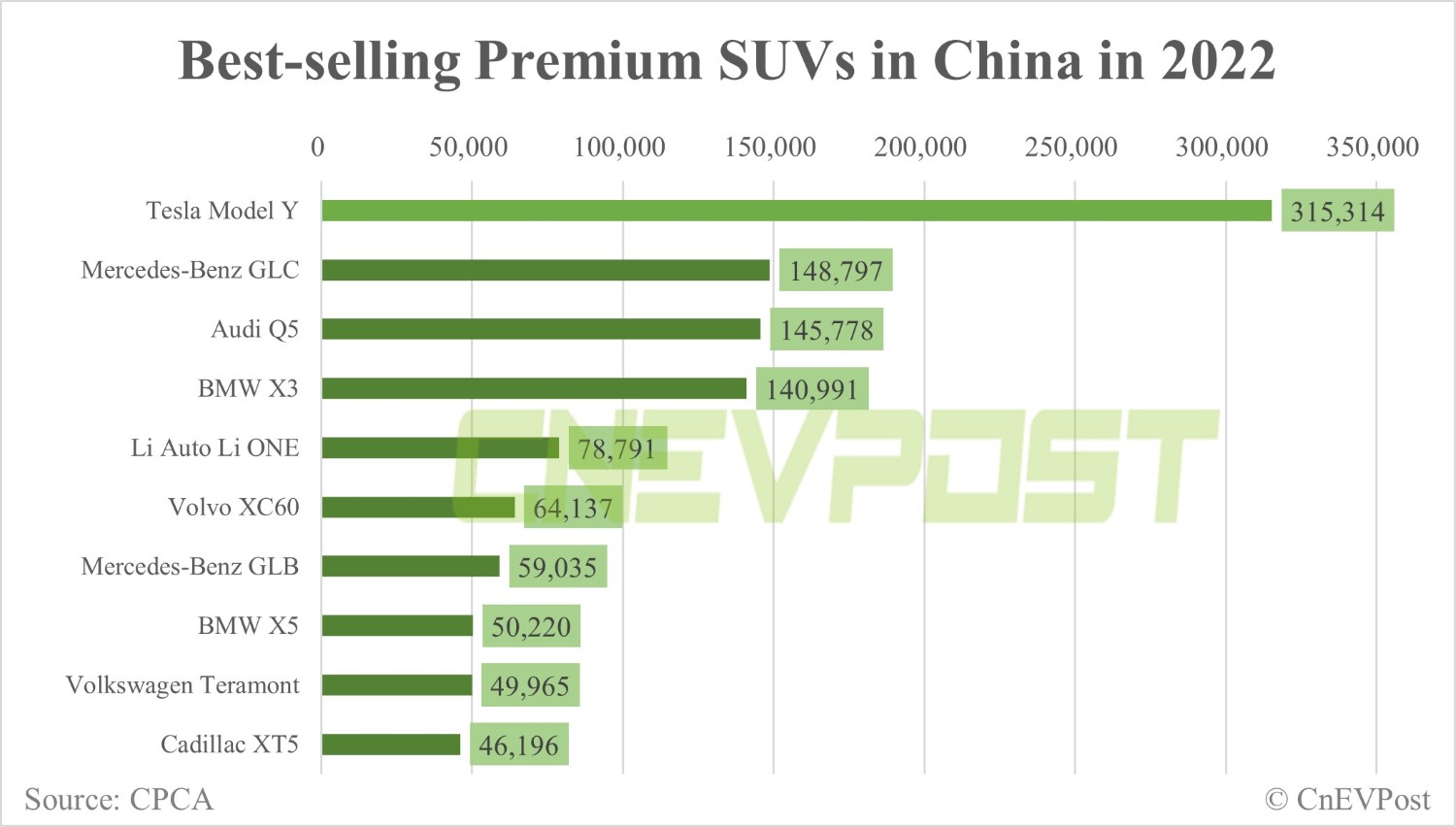 The Tesla Model Y was the best-selling premium SUV in China in 2022 and sold twice as many units as the second-place model.

Notably, the price of the entry-level rear-wheel drive Model Y has been reduced to below RMB 300,000 following Tesla's price cut in China on October 24, 2022.

But the CPCA still includes the much-watched Tesla SUV model in their list of high-end SUV sales.

In December, the Tesla Model Y was also the best-selling premium SUV in China with 29,387 retail sales, according to the CPCA. 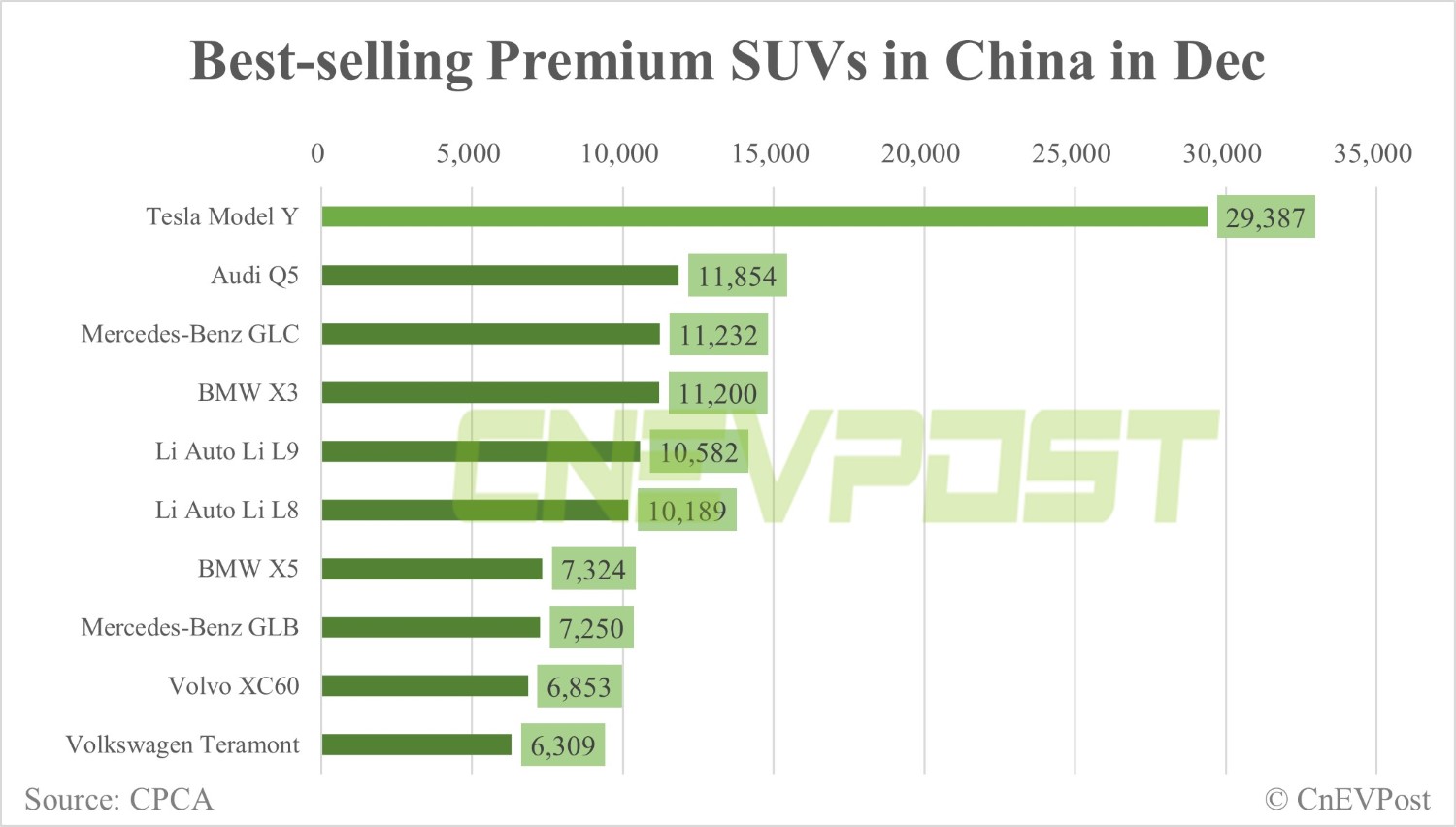 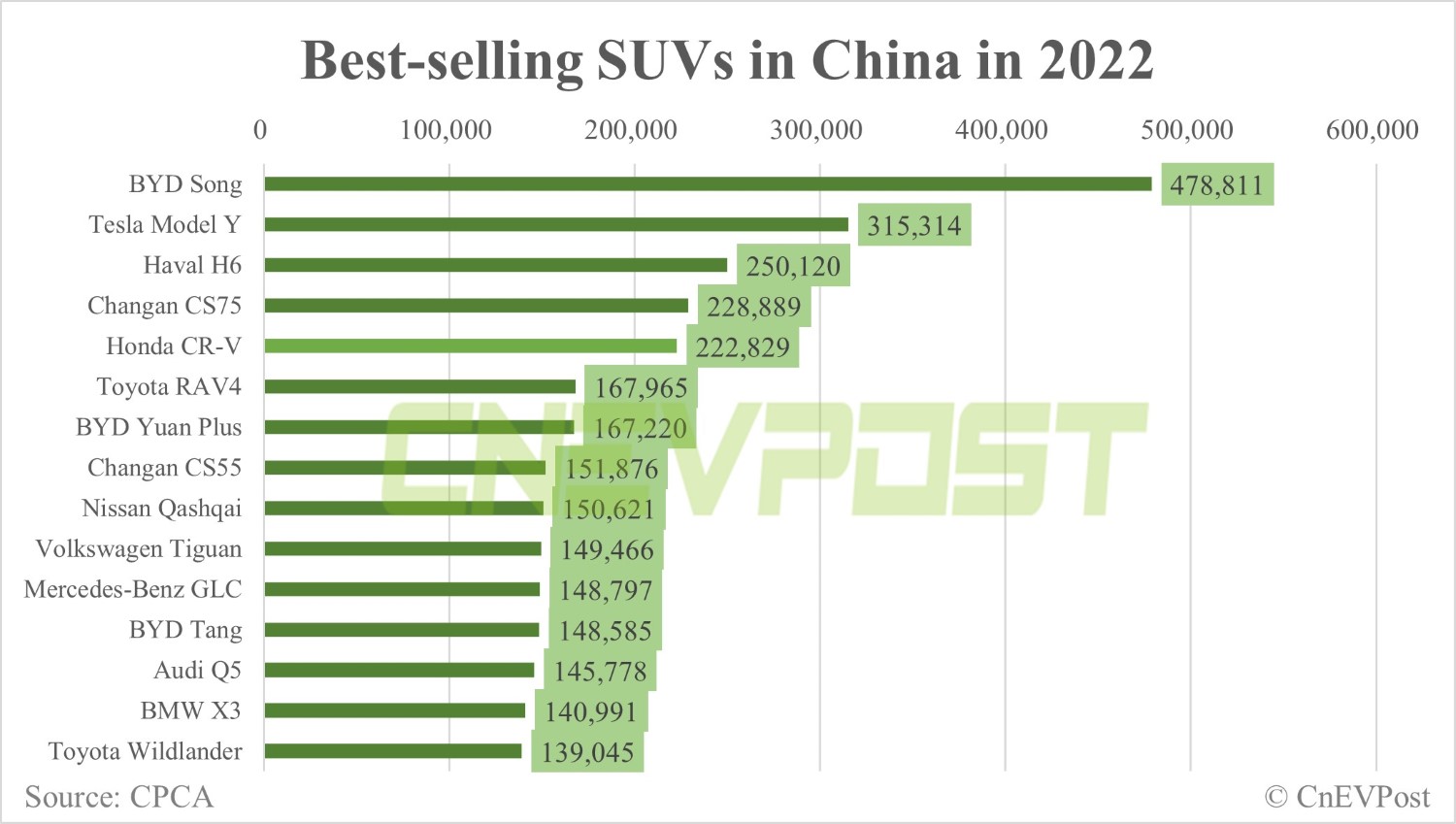 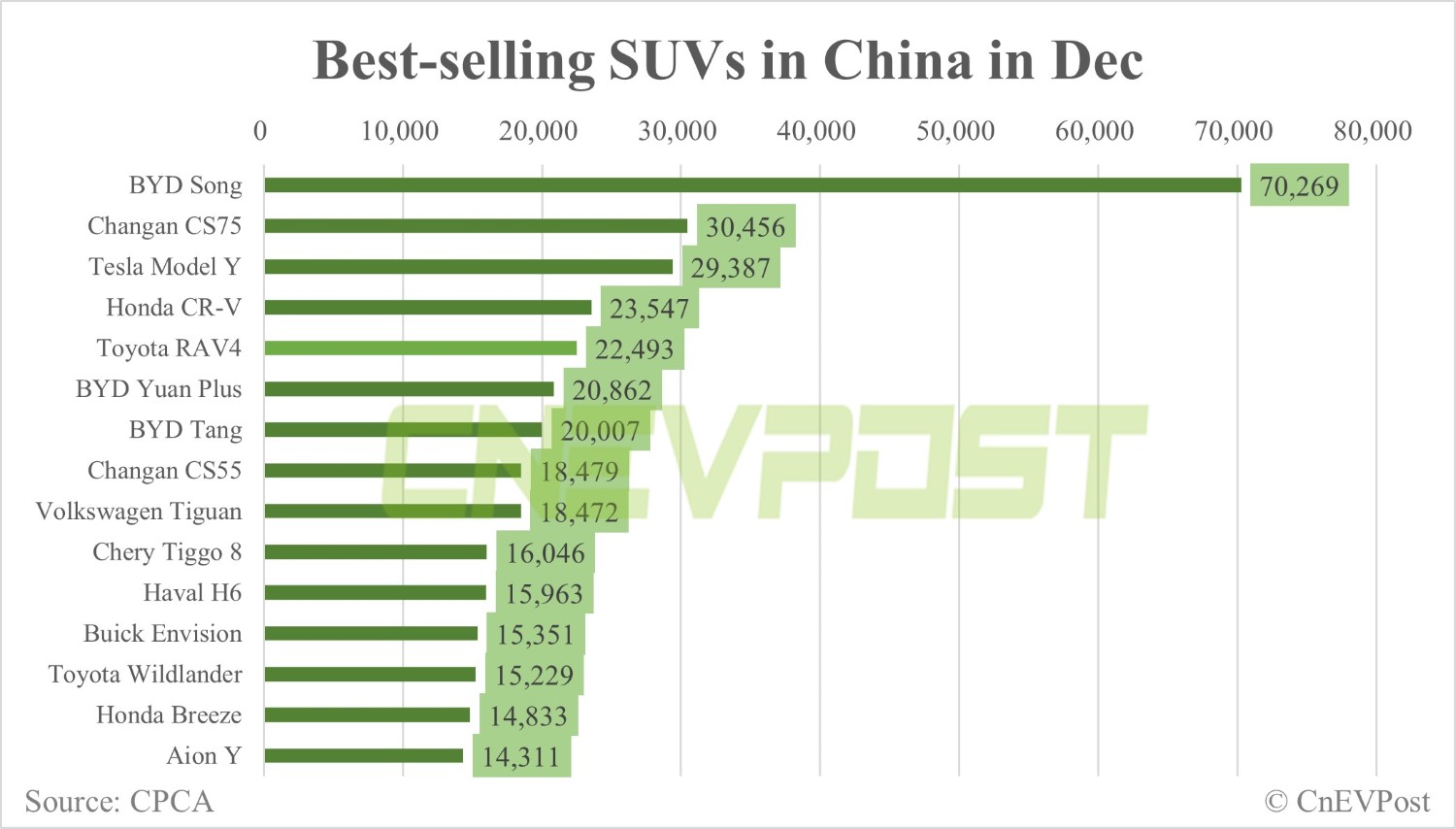 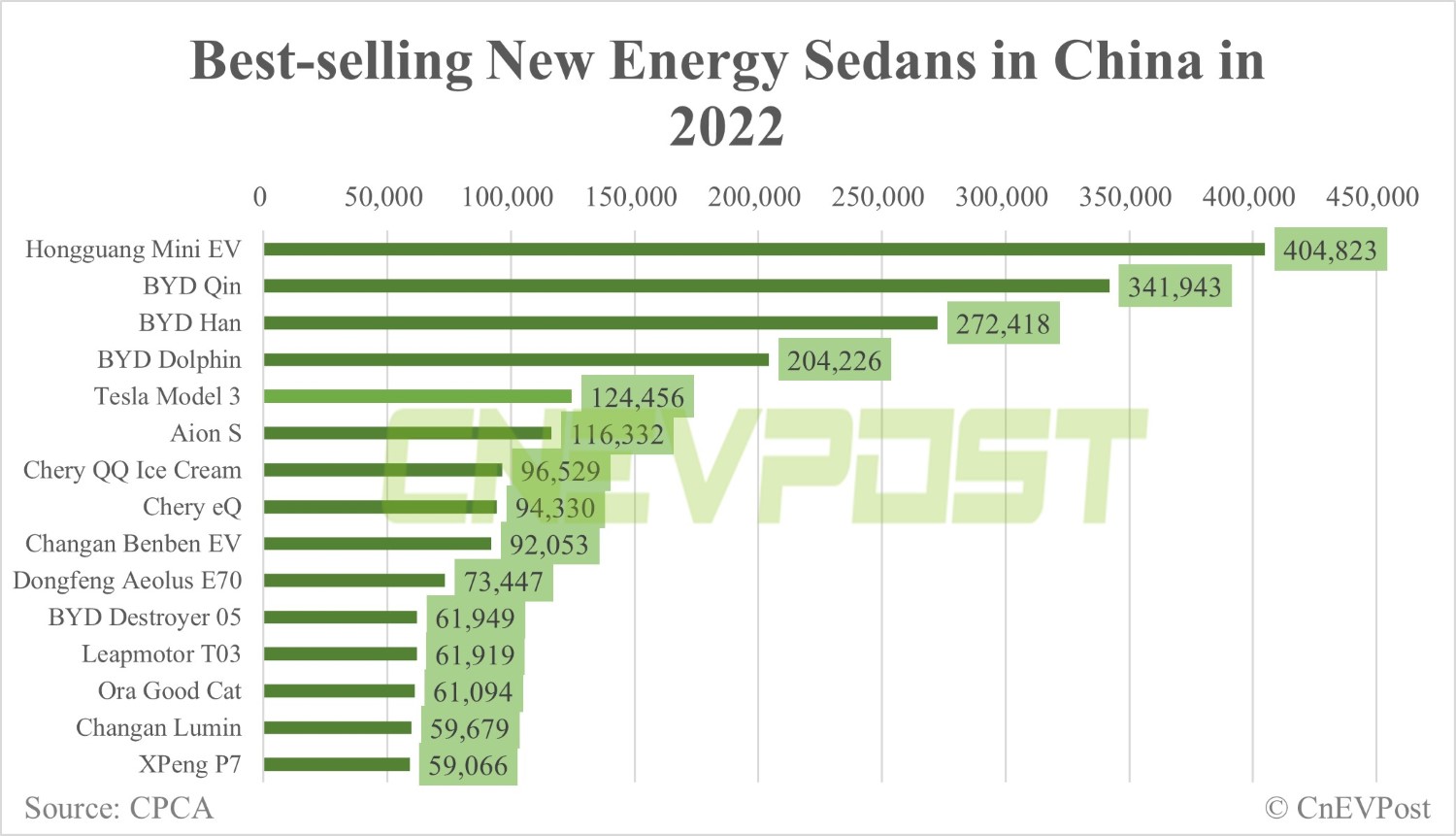 In December, Hongguang Mini EV was the best-selling new energy sedan in China with 34,523 units sold. 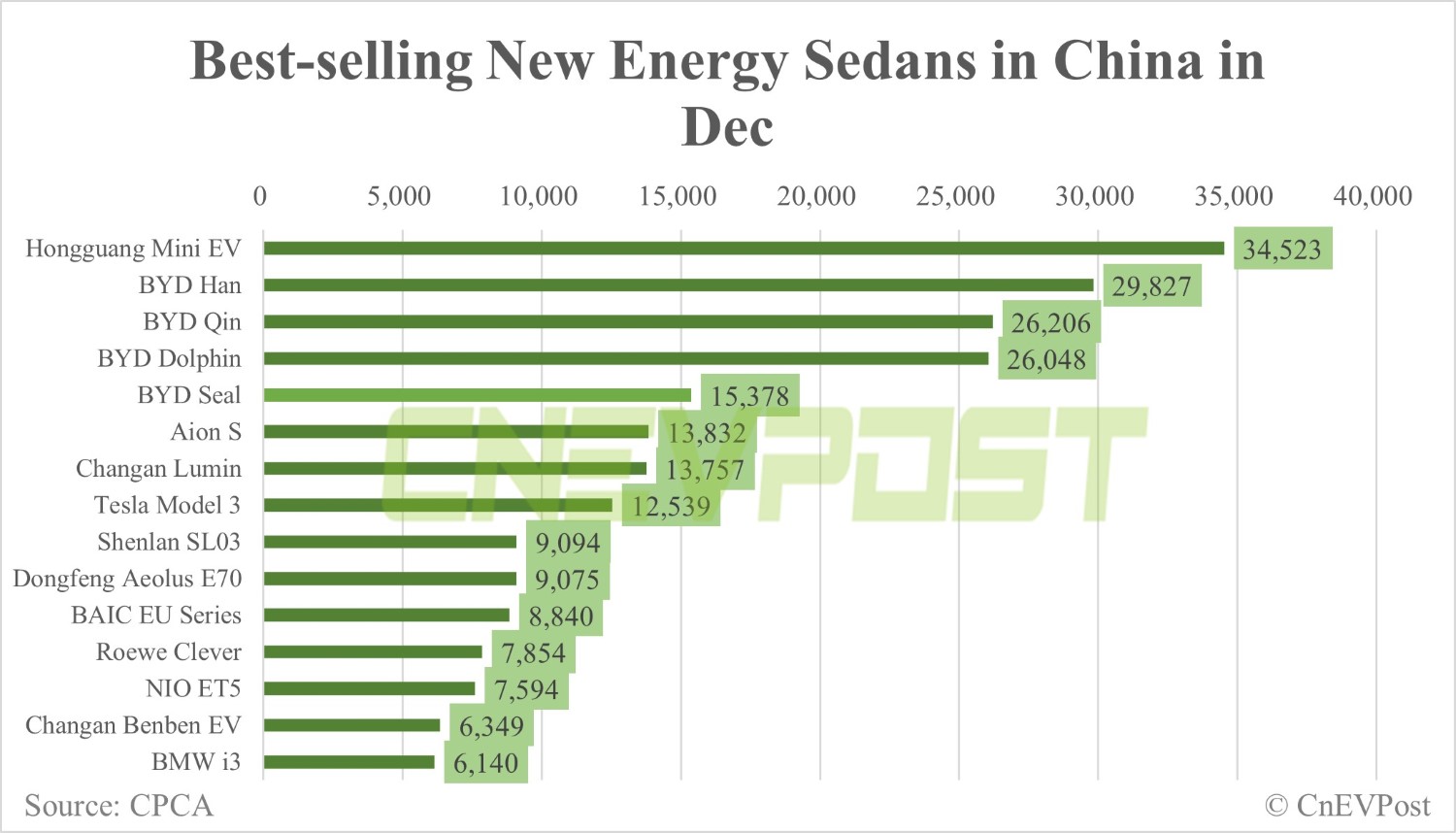