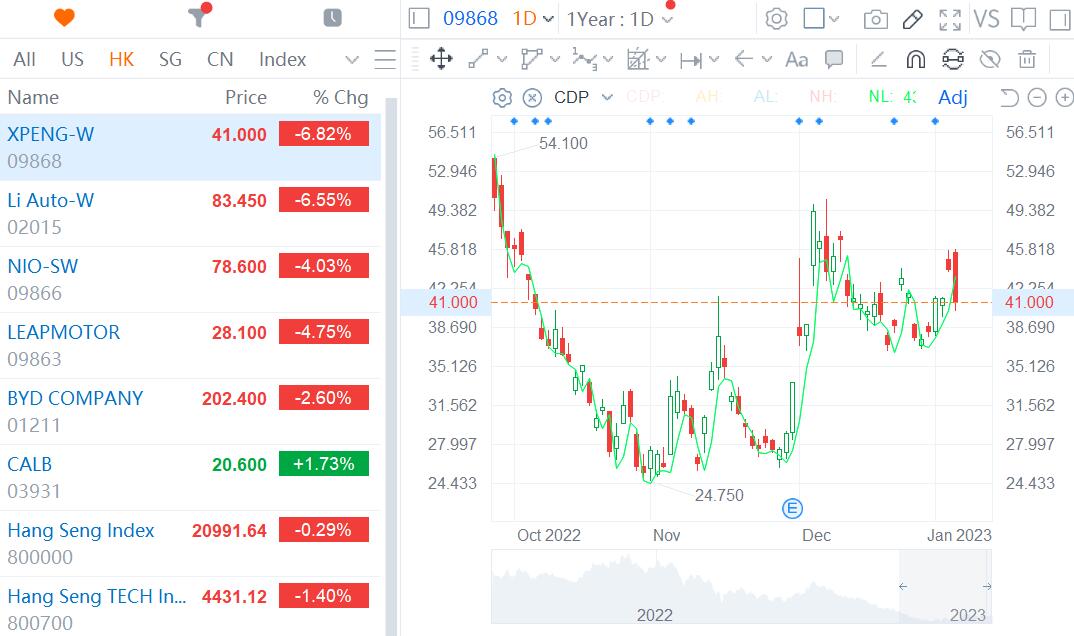 After each of Tesla's price cuts in China in the past, people have questioned which automakers will be under pressure. For the US-listed trio of Chinese electric vehicle (EV) makers -- NIO (NYSE: NIO), XPeng (NYSE: XPEV) and Li Auto (NASDAQ: LI) -- the answer appears to be XPeng.

Car companies, including XPeng, are bound to be less competitive if they don't follow Tesla's price cut, Zhang said.

An XPeng insider said the company has its own sales rhythm and will decide on product prices and promotions based on its own situation, rather than following other car companies, according to a report in The Paper.

Neither NIO nor Li Auto has commented on Tesla's price cut so far. All three companies' shares traded in Hong Kong fell today, with XPeng down 6.82 percent, Li Auto down 6.55 percent and NIO down 4.03 percent by the close of trading.

AIn the context of growing competitive pressure, NIO is best positioned on a relative basis among the local Chinese startups, Deutsche Bank analyst Edison Yu's team said in a research note at the time.

"The premium market in China is still dominated by BBA gasoline cars which we think may start to shift more meaningfully next year as NIO ramps up its sedan models and XPEV/LI introduce several high-end SUVs," Yu's team wrote.

NIO is focused on the high-end market and offers a unique ownership experience through its white-glove service and charging infrastructure, the team said.

In contrast, XPeng may be most vulnerable to Tesla's price cuts, as its current and future model lineup competes most directly with the Model 3 and Model Y, the team said.

For XPeng, the company is just beginning to emerge from a slump in deliveries in the second half of 2022, delivering 11,292 vehicles in December, a new high since July 2022.

To avoid higher costs for consumers, XPeng announced on January 1 that the suggested retail prices of its models in 2023 will be the same as the post-subsidy prices at the end of 2022, after China's new energy vehicle (NEV) purchase subsidy ends on December 31, 2022.

This means that XPeng will bear the additional costs after the subsidy withdrawal itself. Consumers who previously purchased XPeng models can receive purchase subsidies in the amount of RMB 10,080 to RMB 13,860.