The CPCA did not release preliminary sales figures for NEVs in December. Previous figures showed the CPCA expected the figure to be around 700,000 units. 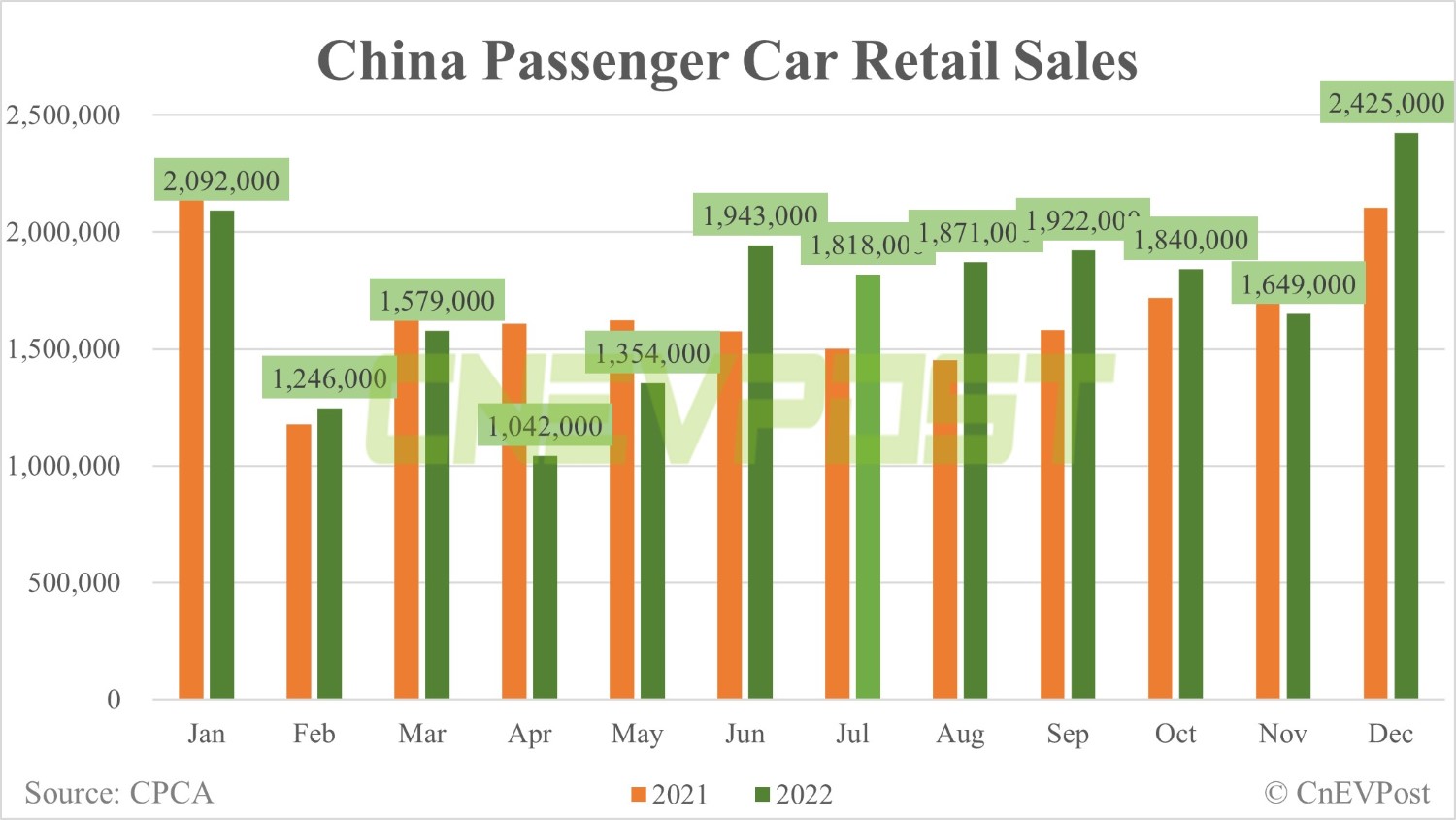 With the expiration of the halving of the purchase tax on internal combustion engine vehicles and new energy vehicle (NEV) purchase subsidies at the end of 2022, consumers were bringing forward their purchases, allowing demand that was suppressed in November to be released in mid- to late-December, the CPCA said.

At wholesale, China's passenger vehicle sales were 2.273 million units in December, down 4 percent from a year earlier but up 12 percent from November, according to the CPCA preliminary data.

The CPCA did not release preliminary sales figures for NEVs in December, but said they are on track for a record high.

On December 23, the CPCA released estimated figures showing that retail sales of NEVs in China are expected to be around 700,000 units in December, a record high.

Before China's purchase subsidies for NEVs expire, car companies were taking a lot of measures to digest inventories as quickly as possible to get the last of the subsidies, the CPCA noted.

The withdrawal of the NEV subsidies is significant and will prompt car companies to focus more on the market itself, the CPCA said.

With lower market expectations for growth in the NEV industry, coupled with ample supply from battery and mineral investments, prices for resource products are expected to decrease, according to the CPCA.

Lithium carbonate prices have now dropped to below RMB 400,000 per ton in the futures market, and battery costs will fall significantly in the coming months, helping to improve the profitability of automakers, the CPCA said.