The company, which has a registered capital of 5 billion yuan ($718 million), has a range of operations including battery manufacturing, battery sales, battery parts production, motor manufacturing and R&D.

XPeng (NYSE: XPEV) has set up another battery-related subsidiary, though it denied a month ago that it had plans to develop its own batteries.

It is worth noting that on November 16, a company named Guangzhou Pengbo Automotive Technology Co Ltd was established with the same registered capital of RMB 5 billion, with Xia as the legal representative.

Subsequently, local tech media 36kr reported on November 28 that XPeng has put battery development on its agenda and has recruited Zhong Liang, a former BMW senior battery engineer, to head the project.

Zhong's current position at XPeng is senior director of battery technology and has been with the company for more than six months, according to the report.

Zhong joined BMW after working at South Korean battery company SK Innovations, which has a partnership with XPeng, the report said.

XPeng's battery R&D team is currently around 100 people, and the company already has a lot of communication with upstream raw material suppliers, according to the report.

XPeng later released a statement on Weibo saying that the company has no plans to develop its own batteries.

The company's latest registration, Guangzhou Pengyue, is wholly owned by Guangzhou Pengbo, which it registered on November 16, Tianyancha's information shows. 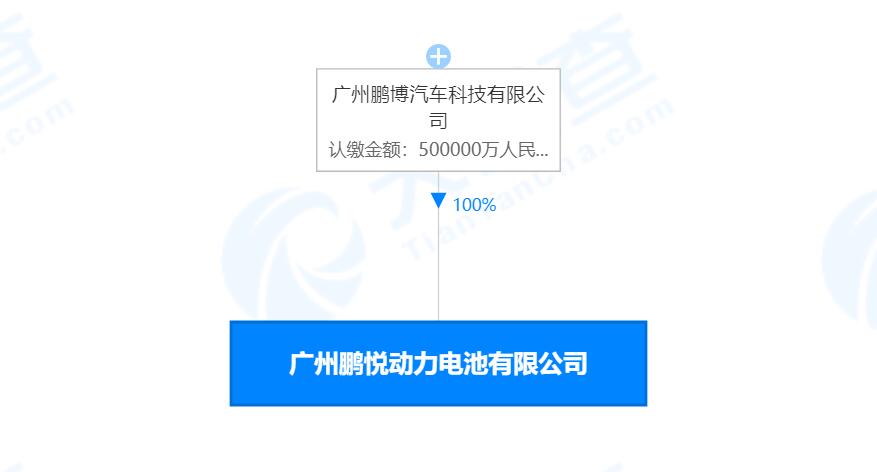 XPeng's local counterpart, NIO (NYSE: NIO), has publicly said the company will develop its own batteries.

In a June 9 conference call following the announcement of its quarterly earnings report, William Li, founder, chairman and CEO of NIO, said the company has a battery team of more than 400 people to research areas including battery materials, cells and battery management systems.

The company will put its new battery pack into production in 2024, and it will support 800V high-voltage fast charging, Li said at the time.

Last month, Li said in an internal speech that if NIO wants to achieve 20 percent gross profit in the mass market, it must produce its own batteries and chips, otherwise there is no possibility to achieve that goal.