Huawei will recommend CATL as its first choice of power battery supplier for its partner car companies. 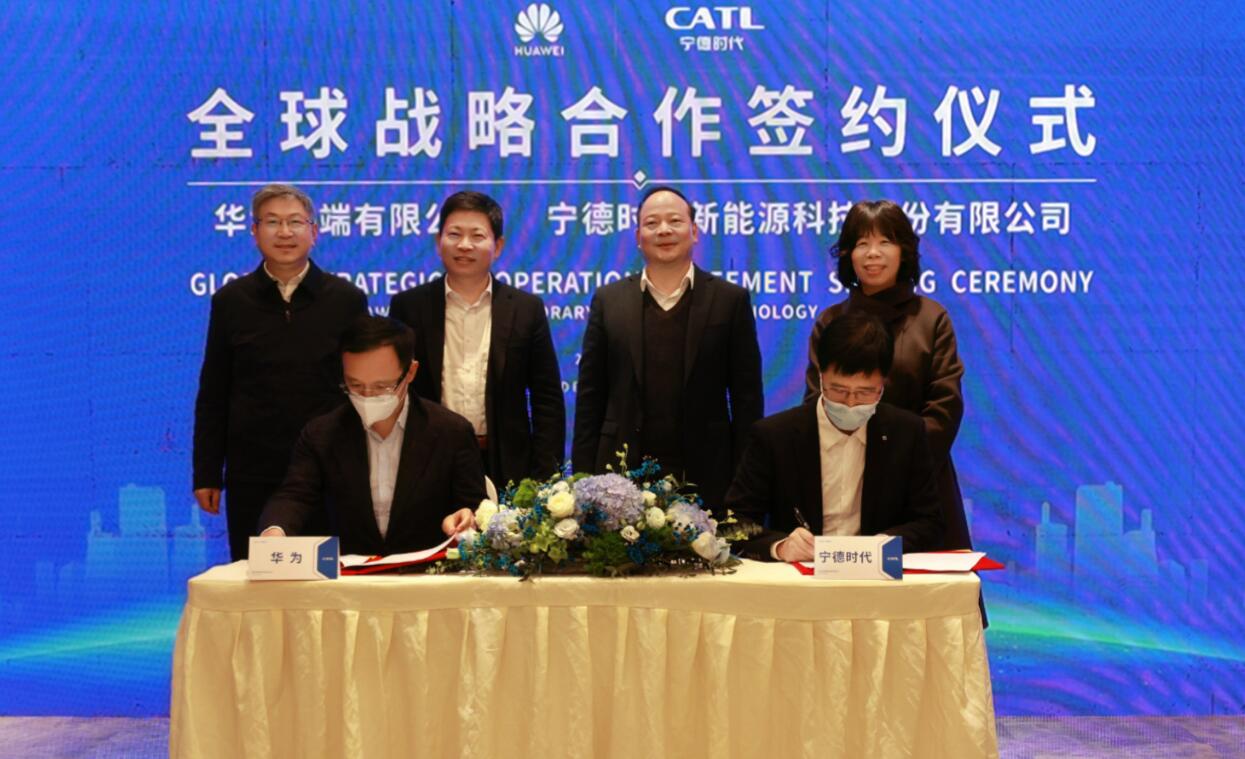 Huawei has signed an agreement with power battery giant CATL, as the tech giant ramps up its bets on the electric vehicle (EV) industry, though it is not directly involved in building cars itself.

The two companies signed a memorandum of cooperation on December 14 at CATL's headquarters in Ningde, Fujian province, in the presence of executives including Robin Zeng, the power battery maker's chairman, and Richard Yu, who is at the helm of Huawei's automotive business.

Huawei will recommend CATL as the first choice of power battery supplier for its partner car companies, according to a press release from the battery maker yesterday.

CATL will provide Huawei with power battery products for the tech giant's partnership projects in the automotive sector, supporting their fast roll-out to market and guaranteeing the innovation and leadership of these products, the release said.

The signing of the memorandum marks the two companies' increased investment in smart, connected electric vehicle technology and their joint efforts to build a global, premium automotive brand, the release said.

This is not the first collaboration between Huawei and CATL, as they have previously leveraged their respective strengths to help build new automotive brands.

The brand was previously known as Changan NIO, a joint venture between Changan and NIO, but its name has since been changed to Avatr, while NIO has largely withdrawn from the venture.

Supported by Huawei's 750V high-voltage platform and CATL's battery pack, the Avatr 11 can reach a maximum range of 680km. The model supports 240kW fast charging and can be charged up to 200 km in 5 minutes.