In the January-November period, GAC Aion sold 241,149 units, up 128 percent from the same period last year. 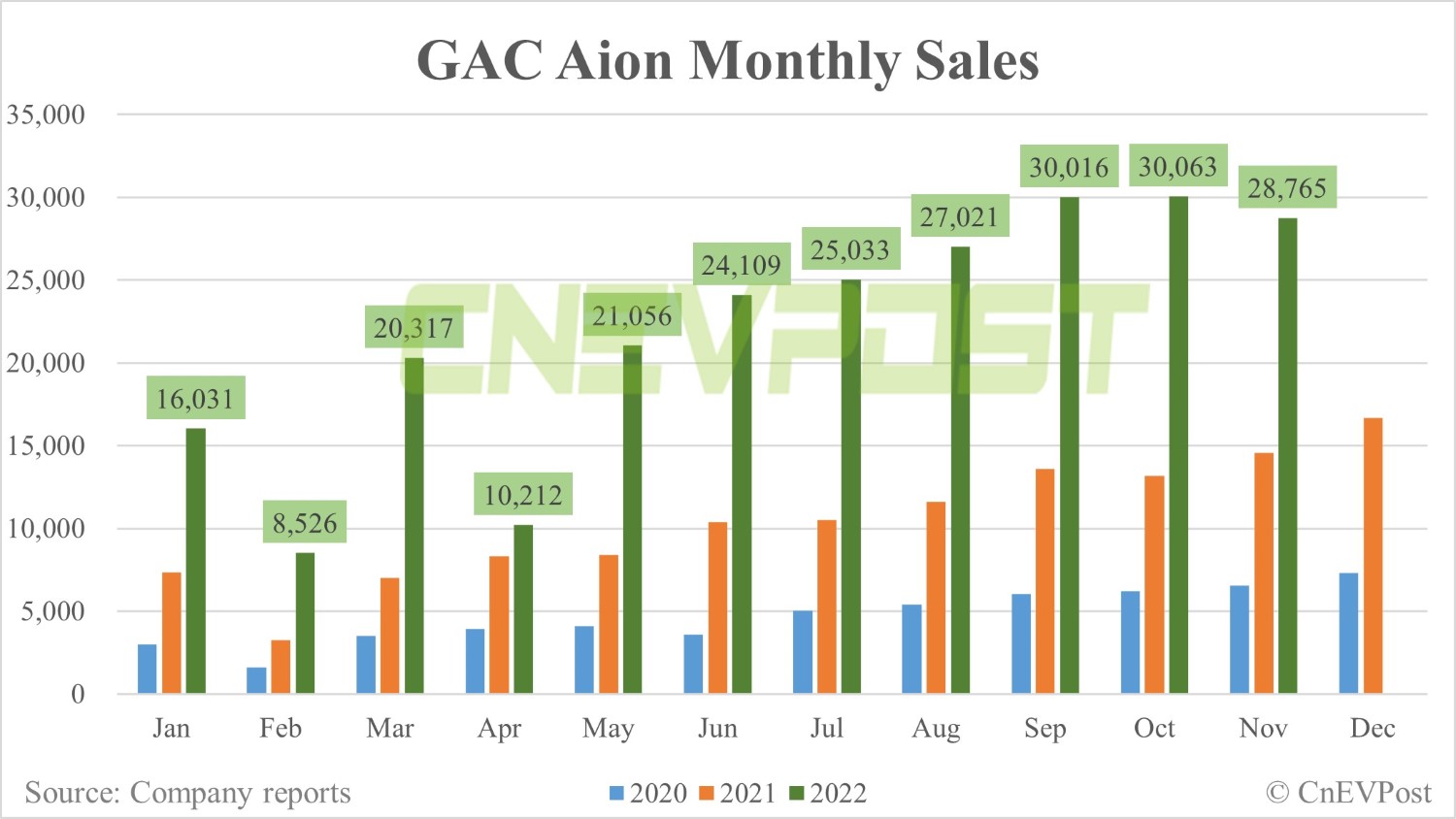 GAC Aion sold 28,765 vehicles in November, up 91 percent year-on-year but down 4 percent from October, figures released today by the electric vehicle brand under GAC Group show.

In the January-November period, GAC Aion sold 241,149 units, up 128 percent from a year earlier, the company said.

GAC Aion was founded on July 28, 2017, and the company began independent operations on November 20, 2020, with models currently on sale including the Aion LX Plus, Aion V Plus, Aion S Plus, Aion S and Aion Y.

On September 15, GAC Aion unveiled its new premium brand Hyper and its first model, the Hyper SSR, at its headquarters in Guangzhou, becoming the latest car company to venture into the electric supercar segment.

In late October, local media Cailian cited sources familiar with the matter as saying that GAC Aion plans to file for an initial public offering (IPO) with China's securities regulator in the second quarter of next year.

GAC Aion is expected to be the first NEV (NEV) stock on China's Nasdaq-style sci-tech innovation board, also known as the STAR market, according to the report.

On November 30, GAC Aion raised the price of its models by as much as 8,000 yuan ($1,130), citing the impending withdrawal of subsidies and rising raw material prices.

The company said consumers who pay a deposit and lock in their orders by January 1, 2023, will not be affected by this price increase.

Currently, consumers can receive up to RMB 12,600 in subsidies for purchasing an all-electric model of the GAC Aion, according to the company.