GAC Aion is raising the price of its models by RMB 3,000 to RMB 8,000, citing the impending withdrawal of subsidies and rising raw material prices. 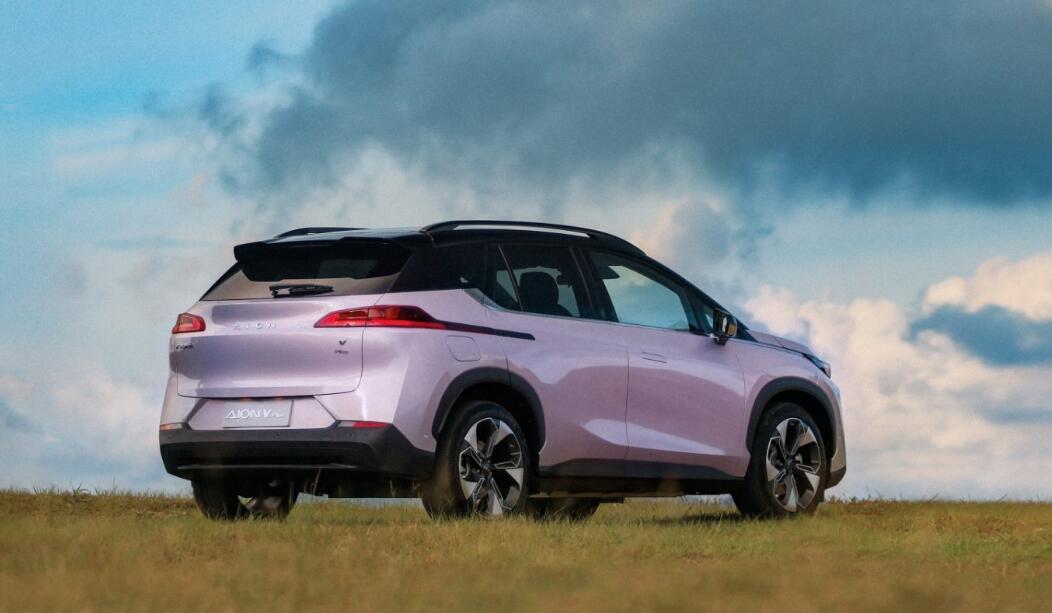 GAC Aion, the electric vehicle (EV) brand of GAC Group, is raising the prices of its models by up to RMB 8,000 ($1,130), citing the impending withdrawal of subsidies and rising raw material prices.

GAC Aion will raise the prices of its models by RMB 3,000 to RMB 8,000, with separate announcements to be made for specific models, it said on Weibo on Wednesday.

The company said consumers who pay a deposit and lock in orders before January 1, 2023 will not be affected.

GAC Aion said this is because China's new energy vehicle (NEV) purchase subsidy policy will end on December 31, 2022, and NEVs that receive license plates after that date will not be eligible for the subsidy.

Meanwhile, the price of key raw materials for batteries has risen sharply since the second half of the year, the company said.

Currently, consumers can receive a subsidy of up to RMB 12,600 for purchasing a pure electric model of GAC Aion, according to the company.

GAC Aion was founded on July 28, 2017, and the company began independent operations on November 20, 2020, with models currently on sale including the Aion LX Plus, Aion V Plus, Aion S Plus, Aion S and Aion Y.

The company sold 30,063 units in October, essentially unchanged from 30,016 units in September and up 149 percent from a year earlier, its previously announced figures show.

Its cumulative sales from January to October were 212,384 units, up 134 percent from a year earlier.

GAC Aion is not the first local NEV company to raise prices, with the imminent expiration of subsidies for the purchase of NEVs and a big rise in raw material prices.

On November 23, BYD announced that it will increase the official guide prices of Dynasty and Ocean series models, as well as Denza brand models, by RMB 2,000 - 6,000.

Consumers who pay a deposit and sign up before January 1, 2023, will not be affected by this price adjustment, BYD said, also blaming the impending withdrawal of subsidies and rising raw material prices. 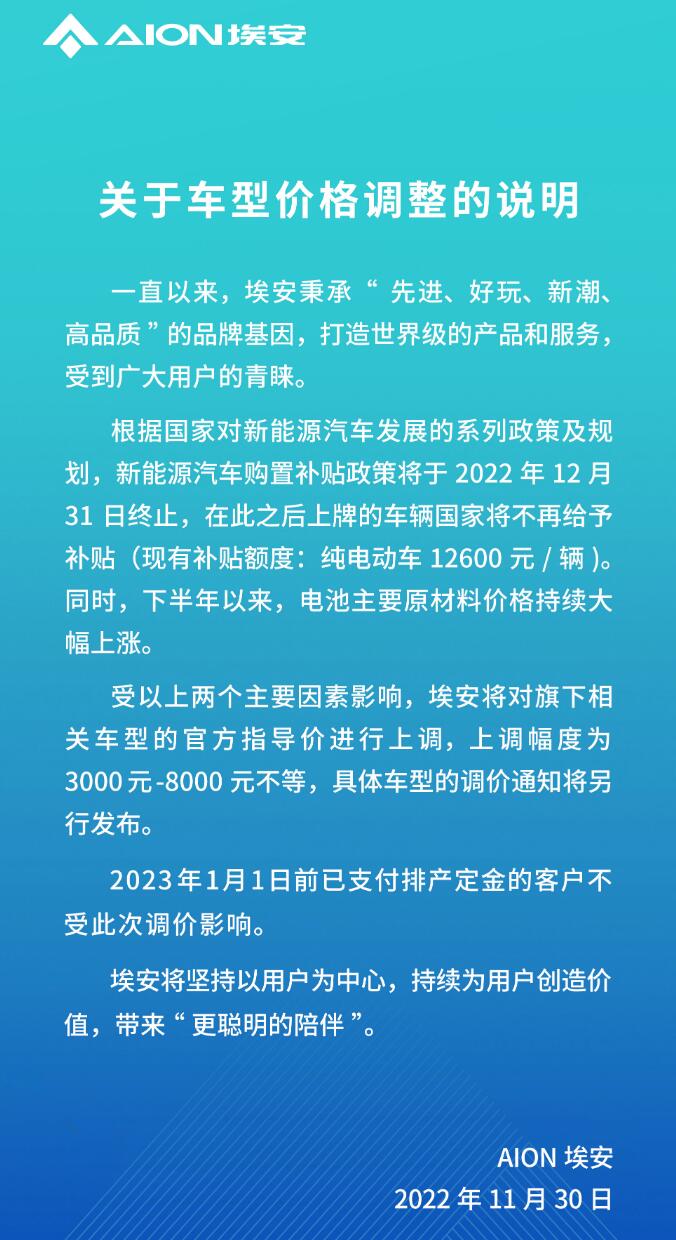