GAC Aion's cumulative sales from January to October were 212,384 units. 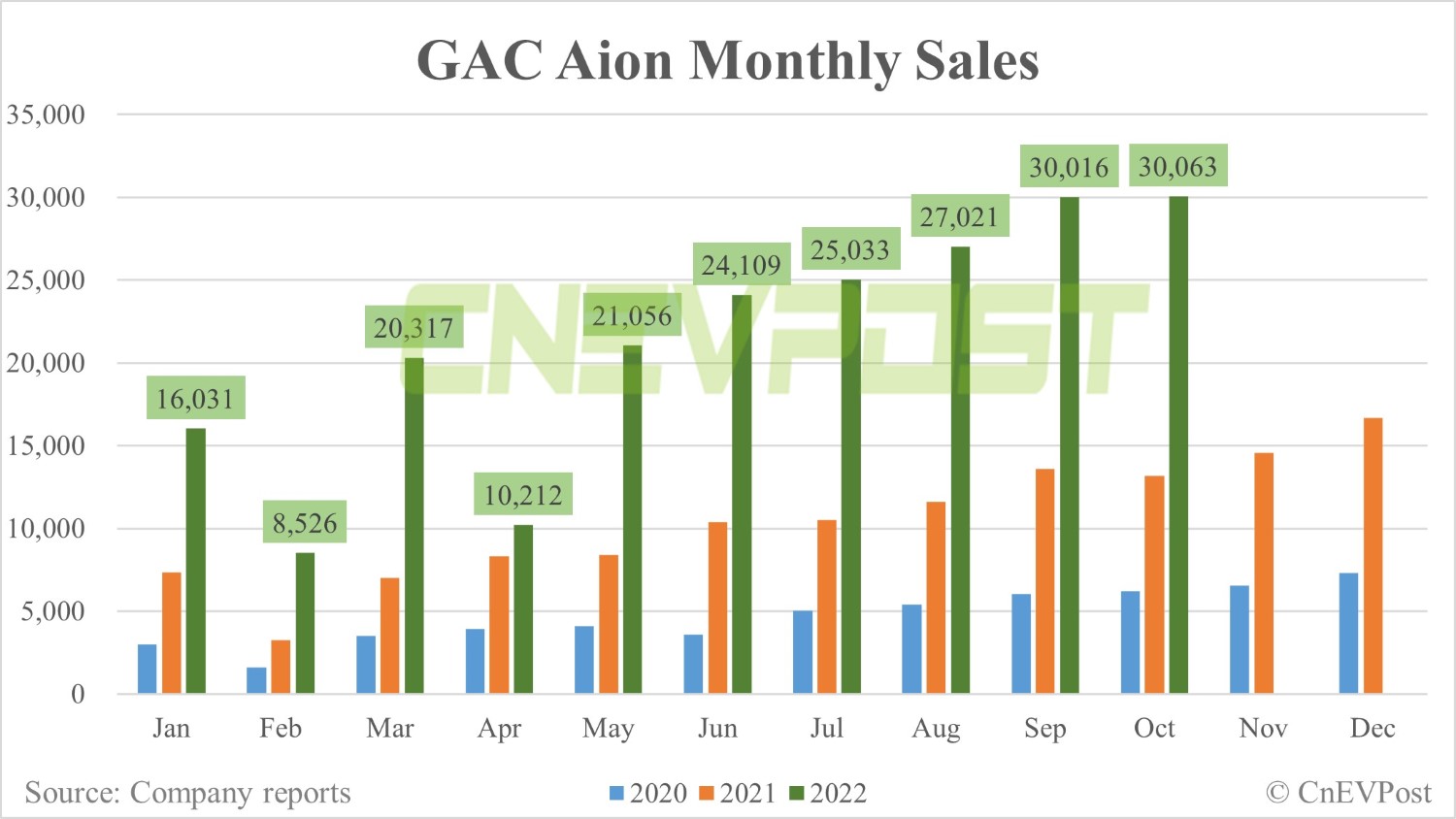 That's up 149 percent from the same period last year, GAC Aion said, adding that it had cumulative sales of 212,384 units in January-October, up 134 percent from a year earlier.

Notably, this is inconsistent with previously announced figures from the company monitored by CnEVPost.

GAC Aion previously announced a sales figure of 13,189 units for October last year. This implies a 127.94 percent year-on-year increase in sales for October of this year.

In the first 10 months, the company sold 212,384 units, up 126.69 percent year-on-year, calculations based on its previously announced figures show.

So far this year, GAC Aion has posted year-on-year growth rates in several months that don't match its previous numbers. We are not sure why.

GAC Aion was founded on July 28, 2017 and began independent operations on November 20, 2020, with the Aion LX Plus, Aion V Plus, Aion S Plus, Aion S, and Aion Y models currently on sale.

On September 15, GAC Aion unveiled its new premium brand Hyper and its first model, the Hyper SSR, at its headquarters in Guangzhou.

The company has closed its Series A financing round, bringing in 53 strategic investors, GAC Group said in an exchange announcement on October 20.

GAC Aion received a total financing of RMB 18.29 billion ($2.5 billion) and offered a 17.72% stake, according to the announcement.

This means that GAC Aion was valued at RMB 103.2 billion after the financing.

On October 28, local media Cailian reported that GAC Aion plans to file for an initial public offering with China's securities regulator in the second quarter of next year. 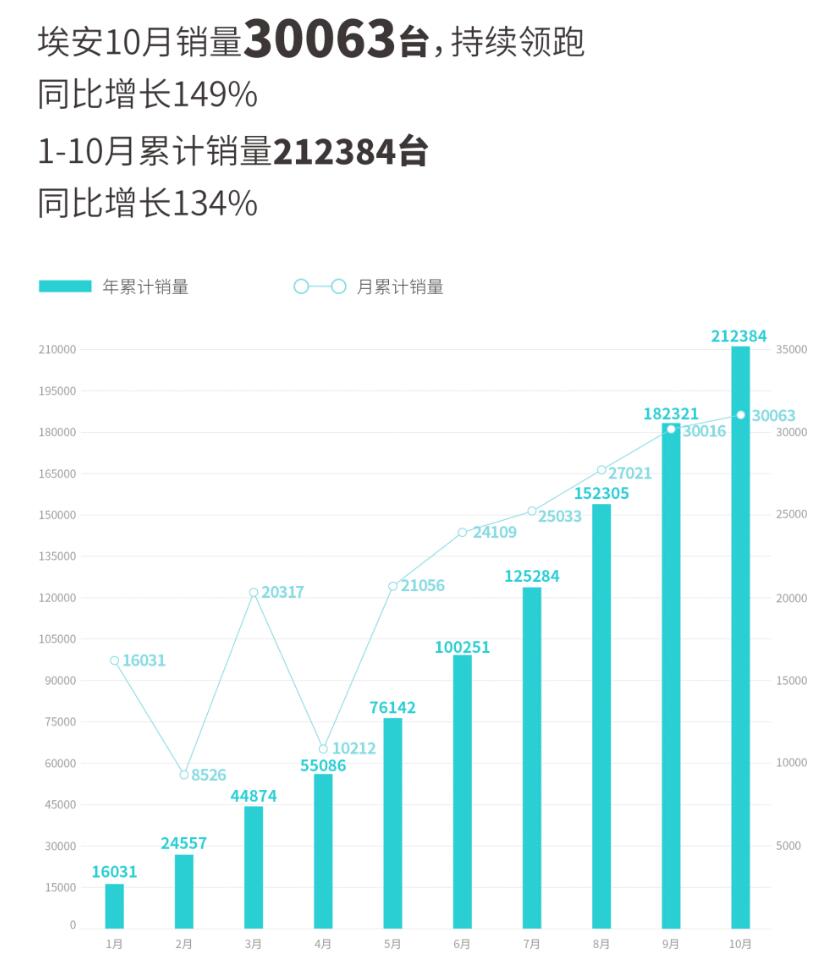