Premium luxury space: Tell me where NIO's competition comes from

Major headwinds to the competition faced by traditional luxury automakers as NIO master plans to dominate the premium luxury segment. 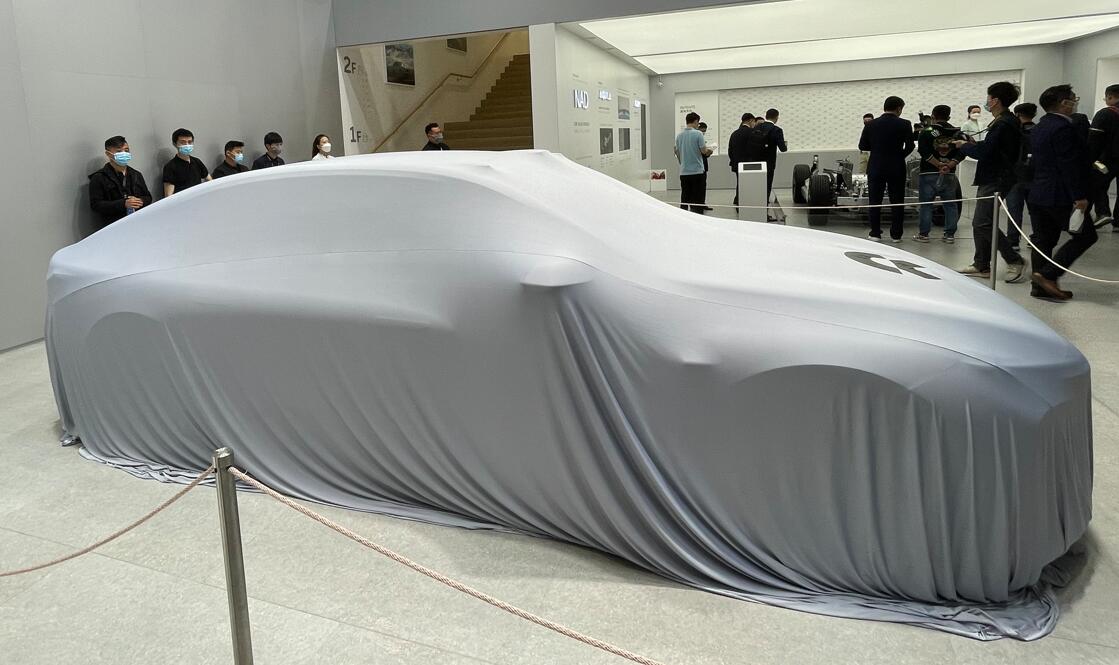 Premium Luxury is the segment of RMB 250,000 to 600,000 for purposes of this article, which though 12 percent of the total market may represent over 50 percent of profits.

This is the fastest-growing segment catering to China’s burgeoning upper middle class -- many of them millionaires courtesy of spiraling property prices over the past decade.

There is ICE Vehicle Plate lottery in Beijing with wait list of 3 million, whilst in other Top 4 cities there is Bid Auction where the current year 2022 prices to win ICE vehicle plate license approval may be RMB 20,000 to 90,000.

In addition, such bid auctions also exist in Tianjin & Hangzhou, 2 other Top 10 cities plus strict ICE quotas for the number of license plates issued.

Practically speaking to get just the opportunity to start purchasing of ICE vehicle, you typically will pay:

Such restrictive policies plus quotas will result in total ICE passenger sales in Top Chinese cities being circa 20,000 in 2023 or less than 20 percent of the total market for new cars sold.

Be under no illusion that Chinese government EV incentives expire YE 2022.

In addition to Lotteries, Bid/Auction Fees, VPT, quotas for ICE, there are EVs regulatory credits.

China adopts & will continue to adopt a “dual credit” system which:

Before 2021, producing an EV typically could earn the company between two and eight credits. That means one EV can equate to thousands of dollars of extra profit in a given year.

But from media reports and numbers released by the government, it's clear that the average price of a NEV credit has changed drastically over the years. It went from about $50 in 2019 to $180 in 2020.

While results aren't out yet for 2021, analysts said it had reached nearly $500. Some even speculate that the price could reach $900 per credit next year.

So additional EV incentive to NIO from regulatory credits may be over $3,000 per EV.

BBA has another major problem -- their EVs do not sell, there is a fast-developing negative status / image stigma over owning BBA EV Audi e-tron, Mercedes EQS & other models have difficulty in selling 100 EVs per month with even some of those paltry numbers rotting in dealerships.

All this results in “death by a thousand cuts” on an increasing annual scale to BBA ICE sales which is primary NIO target to garner market share.

In addition to Chinese incentives / policies designed to totally kill all ICE sales by the end of this decades, NIO has developed its own complementary master plan to dominate Premium Luxury segment comprising:

Where Shanghai goes, the rest of China follows.

BBA EVs sales are measly & the majority BBA ICE sales come from more rural lower Tier cities that have yet not adopted the enlightened policies of the major cities.

NIO unveiled record 12 new NIO Houses in October 2022 highlighting NIO’s focus on replicating its success in Tier 1 cities to all other parts of China.

Expanded country presence -- We can expect NIO to be marketing in 10 European countries in 2023 including selling Right Hand Drive EVs in UK.

NIO has a highly productive R&D team whilst having R&D spending levels not much less than global EV behemoth BYD & twice those of Li & others. All this suggests NIO maintains technological superiority in the Premium Luxury segment.

Award-winning superiority -- Ultimate objective recognition of NIO technological pre-eminence is recent Best in Class awards from Germany & Denmark plus all J.D Power awards in competition with the Germans auto giants who have been winning those awards for decades.

Depreciation is the Mother of Problems for NIO competitors -- Soon cost of EV battery replacements will loom large for increasing numbers of NIO EV competitors.

Soon BBA ICE buyers will understand that paying RMB 500,000 for the vehicle plus over RMB 100,000 (VPT, Bid/Auction etc) just for the chance to buy that vehicle in a major Chinese city makes NO sense when that vehicle may have no value in just 4-5 years when the viable resale market for old ICE vehicles in China may not exist.

The EV S-Curve now stands at 32.3 percent of all vehicles sold tells you that.

The ultimate reward, result & recognition of the NIO Master Plan is that there is not a legitimate EV competitor in sight to challenge the potential Premium Luxury segment dominance of NIO for at least next 2 years.

TSLA certainly is not a challenger to NIO in the Premium Luxury space.

William Li has repeatedly said that he does not regard TSLA as a competitor.

NIO ASP is 40 percent higher (more than that if you exclude Model S & Model X).

TSLA seems to have no plan to challenge NIO in the Premium Luxury space but rather to focus on Cyber Truck.

BBA does not currently have the technology to challenge NIO.

Chinese State & Local Government Incentives / Policies guarantee the demise of ICE whilst BBA lack of competitive Product / Vision has guaranteed dismal performance of their EV offerings until at least 2025.

For BBA reality is:

Now, all we need is some good fortune on Covid & Supply Chain matters.

So NIO can be the new heir apparent in the Premium Luxury segment.

Not a Financial Advisor Nor Auto Analyst JMHO DYODD