In terms of retail sales, the penetration rate of NEVs in China is expected to be about 32.3 percent in November. This is a new historical record. 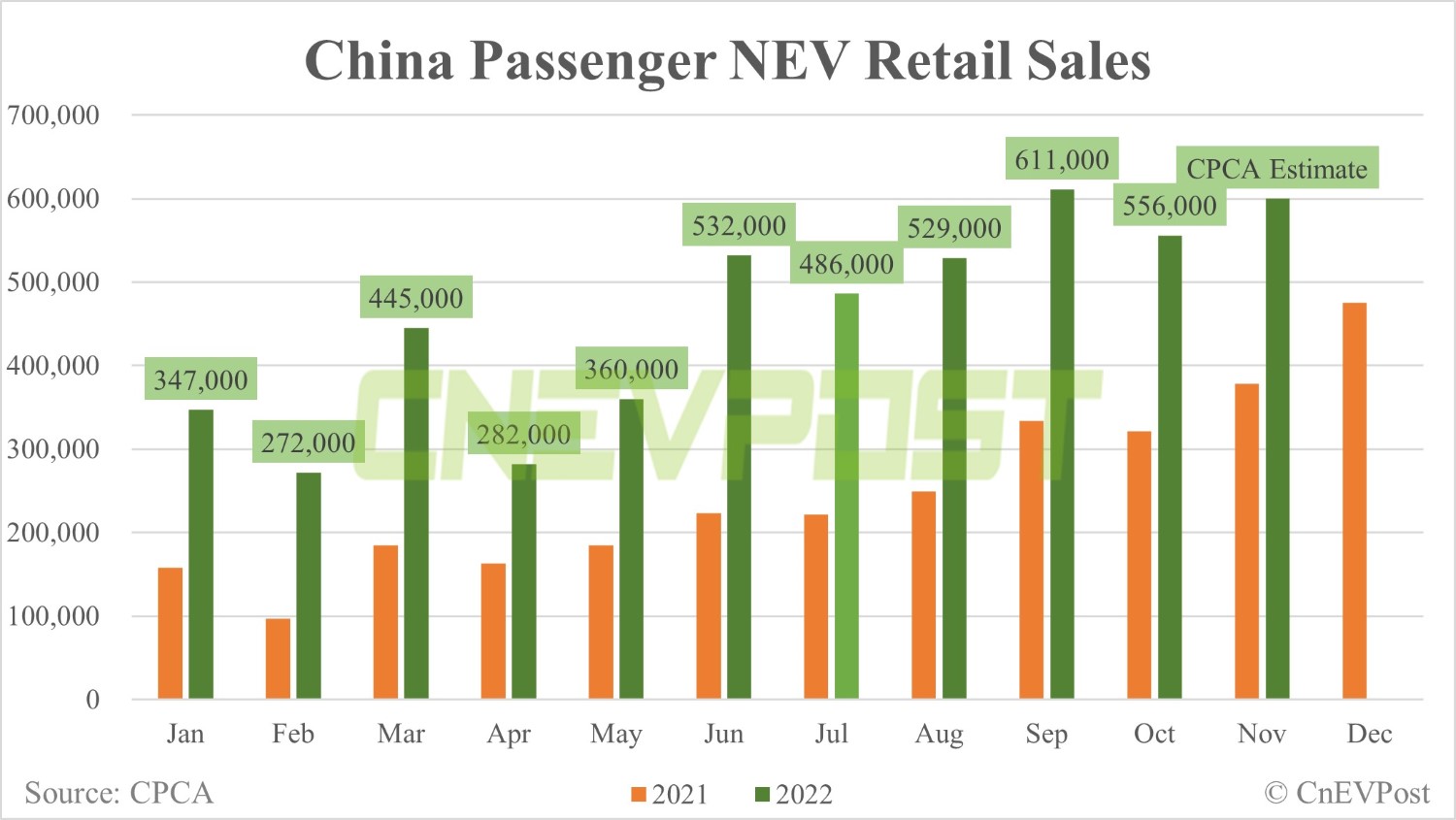 Retail sales of new energy vehicles (NEVs) in China are expected to be around 600,000 units in November, up 58.5 percent year-on-year and up about 8 percent from 556,000 units in October, according to estimates released today by the China Passenger Car Association (CPCA).

For the passenger car market as a whole, November sales are expected to be 1.86 million units, up 2.4 percent year-on-year, according to the CPCA.

This means that in terms of retail sales, the penetration rate of NEVs in China is expected to be about 32.3 percent in November, a new all-time high. 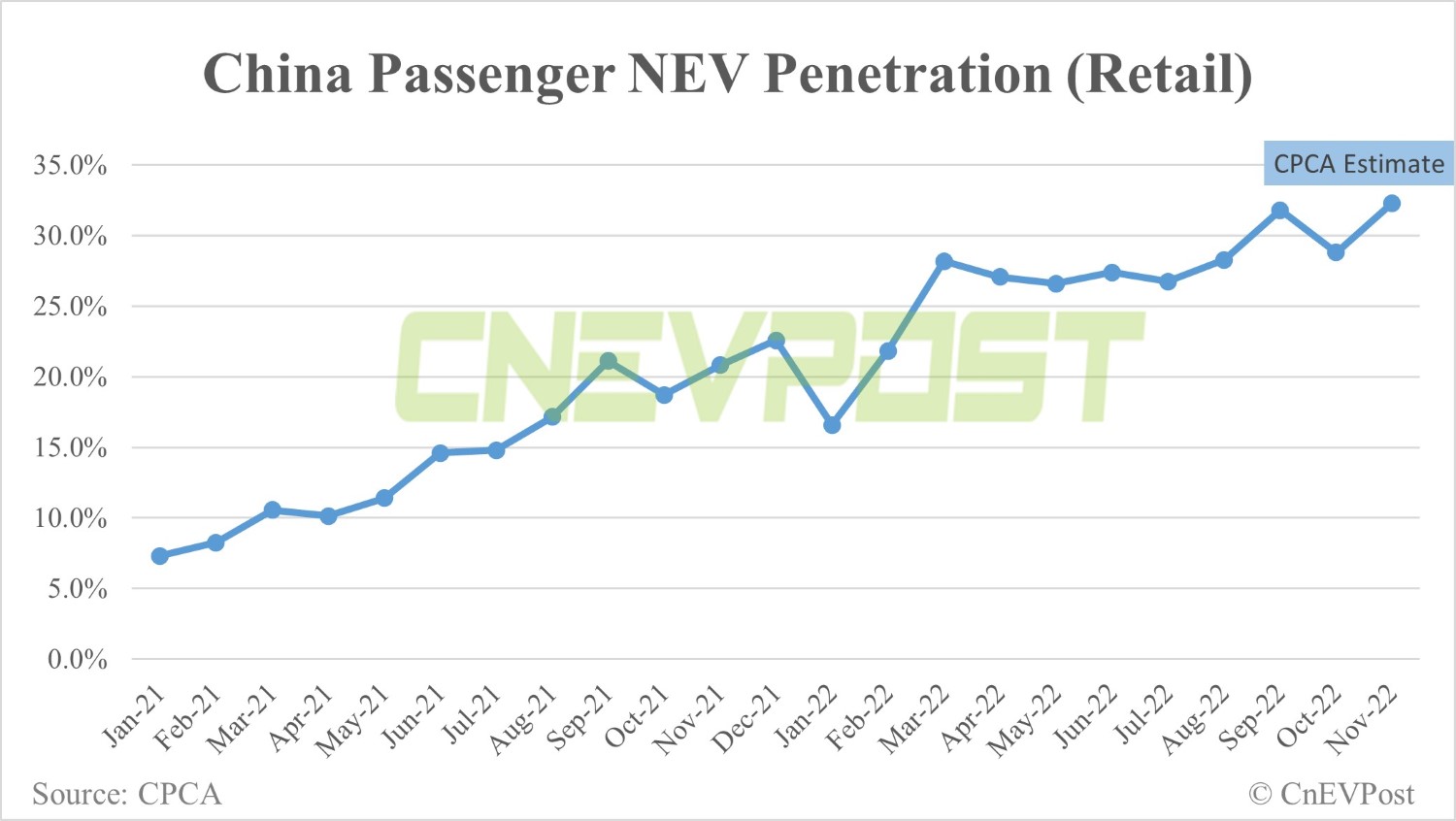 The impact of the Covid outbreaks have continued to expand this month, making it difficult for policies to stimulate consumption to work and the auto market has failed to recover quickly, the CPCA said.

Major automakers saw average daily retail sales lower by 9 percent and 12 percent year-on-year in the first and second weeks of November, respectively, but up 8 percent in the third week, according to the CPCA.

The CPCA expects China's auto industry to see flat average daily retail sales in the fourth week of the month compared with the same period last year, while the fifth week may see a 20 percent increase as automakers typically boost sales at the end of the month.

Previous insurance registrations data showed that during the first week of November, October 31-November 6, China's new energy passenger vehicle sales were 110,539 units, up 43.12 percent year-on-year and down 11.19 percent from the previous week.