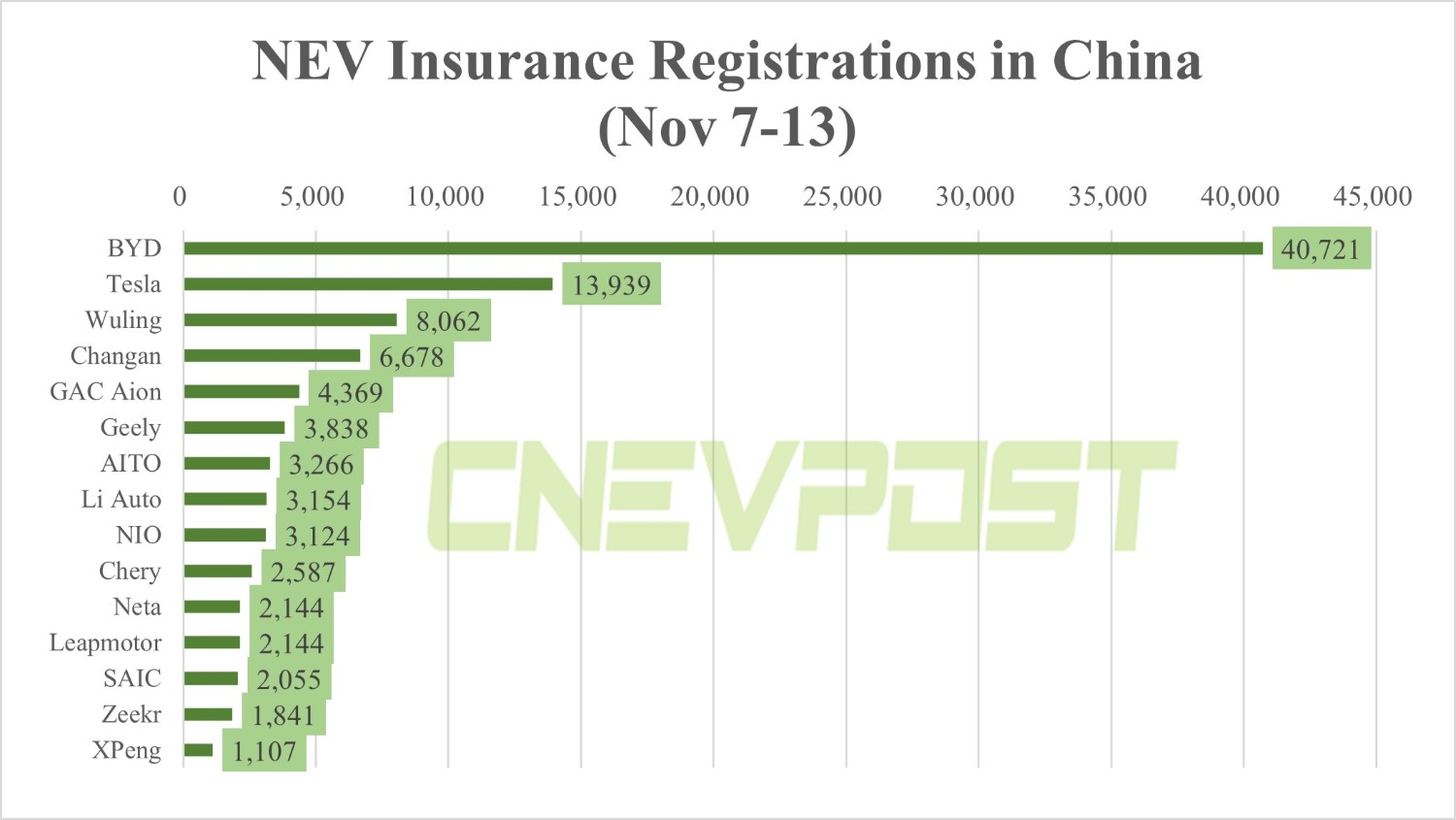 Insurance registrations for new energy vehicles (NEVs) in China improved in the second week of November, with most major brands seeing an increase in numbers from the previous week.

From November 7 to November 13, China's new energy passenger vehicle sales by insurance registrations were 120,000 units, up 58.3 percent year-on-year and up 8.6 percent from the previous week, according to data shared today by auto blogger @朱玉龙-YL on Weibo.

Sales of all passenger cars in China were 358,000 in the second week of November, down 1 percent year-on-year but up 0.6 percent from the previous week. Sales of conventional internal combustion engine vehicles were 238,000, down 16 percent year-on-year, according to the blogger.

BYD and Tesla had the highest number of new energy passenger vehicle insurance registrations in the week, with 40,721 and 13,939, respectively, according to the blogger. In the first week of this month, they were 37,168 and 11,195, respectively.

NIO was at 3,124 units for the week, up from 2,852 in the first week, indicating that the company's capacity has continued to increase since the first week.

Li Auto vehicles had 3,154 insurance registrations for the week, up from 2,224 in the first week.

XPeng continued to show weakness at 1,107 units, essentially unchanged from 1,115 units in the first week.

It is worth noting that for most vehicle companies, monthly insurance registrations are usually lower than the published delivery figures.

In addition, the closer to the end of the month, the more pronounced the pulse effect of vehicle sales will be.