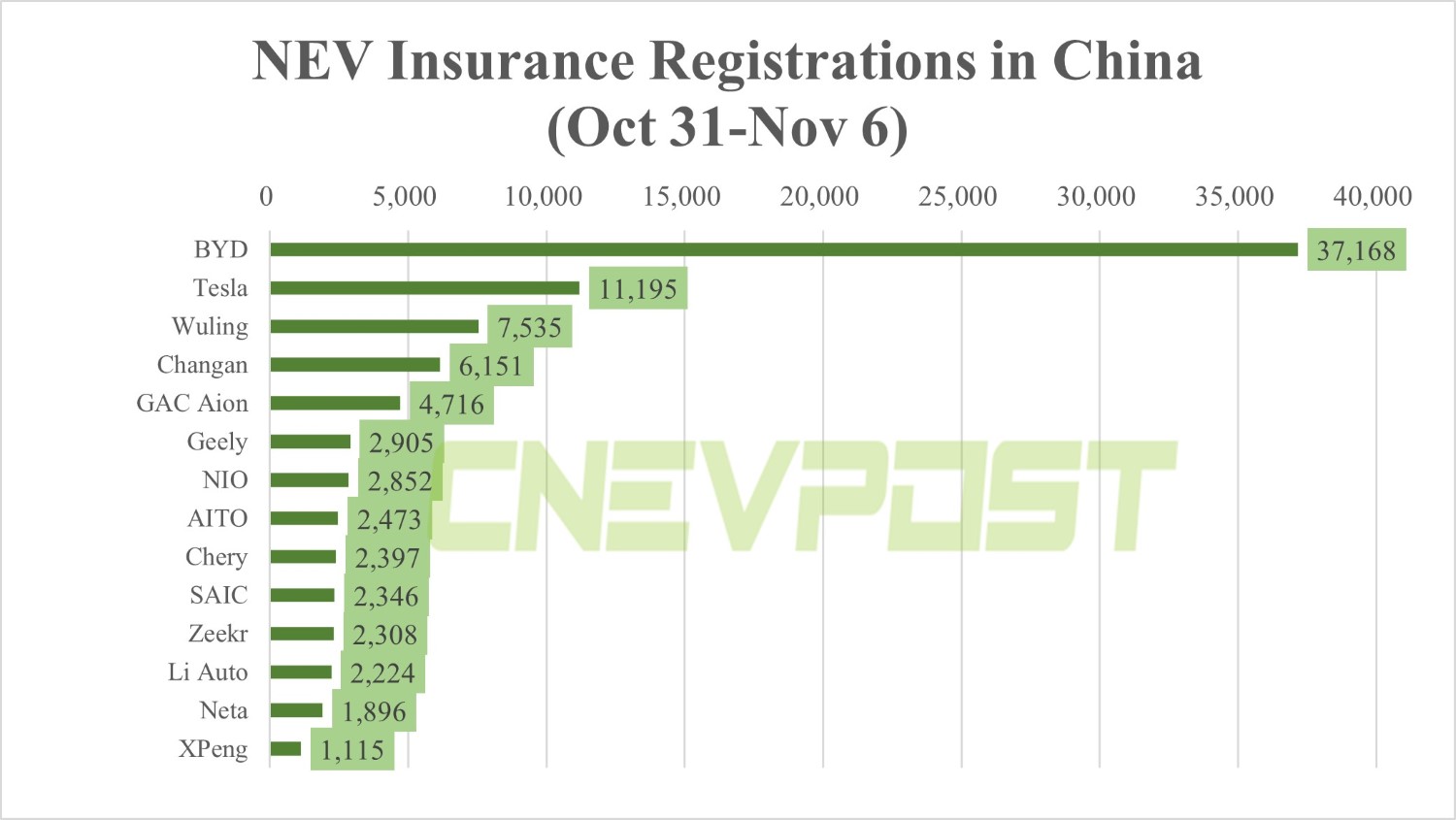 From October 31-November 6, China's new energy passenger car sales were 110,539 units, up 43.12 percent year-on-year but down 11.19 percent from the previous week, according to data shared today by auto blogger @朱玉龙-YL.

This figure is much better compared to the first week of October, the blogger noted.

All passenger car sales in China were 355,601 units in the first week of November, up 9.25 percent year-on-year but down 14.31 percent from the previous week, according to the blogger.

BYD's new energy passenger cars had 37,168 insurance registrations for the week, with Tesla at 11,195, according to the blogger.

NIO was 2,852 for the week, suggesting that the company may have come out of the Covid impact in Hefei.

In a November 1 report, 36kr cited sources familiar with the matter as saying that NIO's production had been facing challenges since mid-October.

In line with Covid prevention and control, the JAC-NIO F1 factory originally planned to temporarily shut down production for 3-5 days and use parts inventory to produce in a closed environment, but then the lockdown time was extended, leading to a greater impact on the overall production and delivery pace, according to 36kr.

On November 2, Bloomberg cited people familiar with the matter as saying that the Covid disruption caused NIO to lose production of 7,000 EVs and deliveries of about 5,000 units.

Figures released by NIO on November 1 showed it delivered 10,059 vehicles in October, down 7.5 percent from 10,878 in September.

The Bloomberg report implies that without the impact brought by Covid, NIO would have been able to produce 7,000 more vehicles and would have delivered around 15,000, thus reaching a new record high.

Li Auto's vehicles had 2,224 insurance registrations in the first week of November while XPeng had 1,115, according to the blogger.

It's been an extra cold winter for XPeng, the blogger said.

NIO to report Q3 earnings on Nov 10, what to watch?