Li Auto vehicles had 3,023 insurance registrations for the week, and XPeng had 1,173. 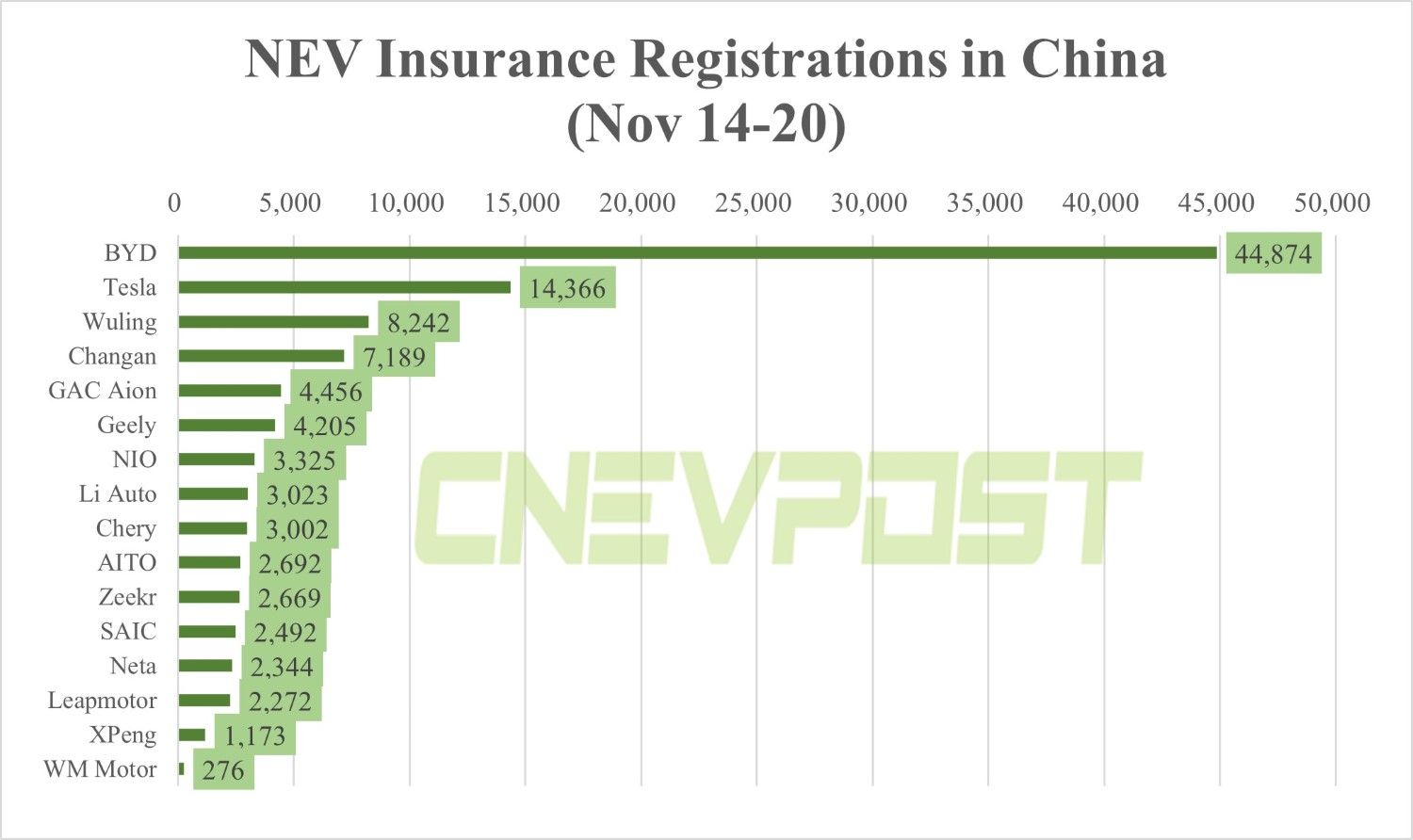 From November 14-November 20, China's new energy passenger vehicle sales were 130,000 units, up 64.4 percent year-on-year and 8.2 percent from the previous week, according to insurance registrations data shared by auto blogger @朱玉龙-YL on Weibo today.

Sales of all passenger cars in China were 400,000 for the week, up 1.7 percent year-on-year and up 12 percent from the previous week.

Sales of conventional internal combustion engine vehicles were 270,000, down 14 percent year-on-year but up 13.9 percent from the previous week, according to the blogger.

NIO was at 3,325 units for the week, up from 3,124 units in the second week and up from 2,852 units in the first week, indicating the company's capacity continued to increase during the month.

It is worth noting that for most EV makers, monthly insurance registrations are usually slightly lower than the published delivery figures, due to the time lag they have.

In addition, the closer to the end of the month, the more pronounced the pulse effect of vehicle sales becomes.