The latest information means that Zeekr has delivered 4,400 vehicles so far this month. 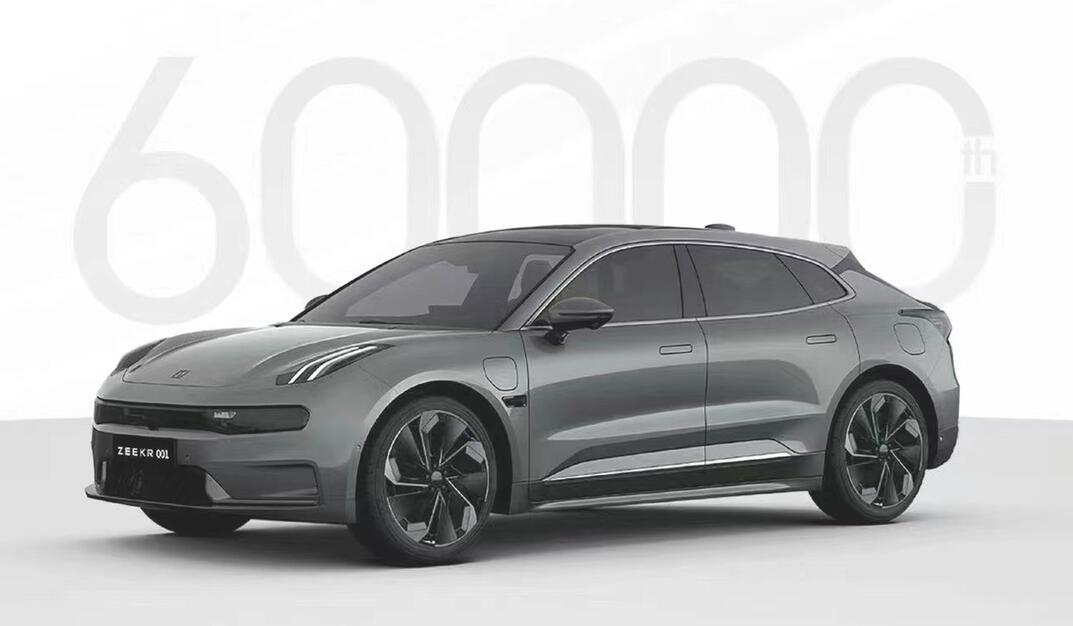 Consider that Zeekr's cumulative deliveries were 55,600 units at the end of October. The latest information means that the company has delivered 4,400 vehicles so far this month. 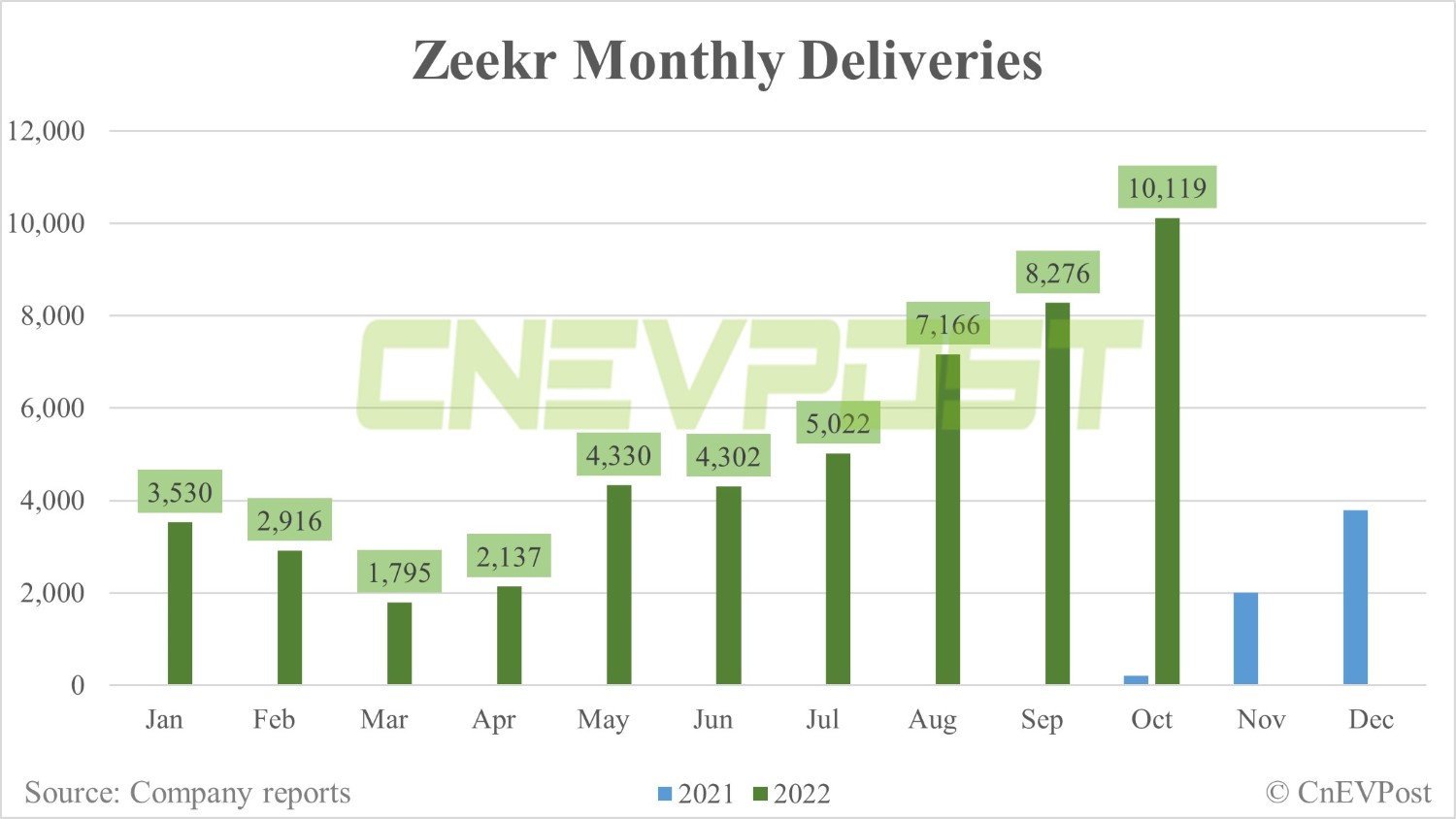 Zeekr, which is currently delivering only the Zeekr 001, made the second model, the Zeekr 009 MPV, official on November 1, with deliveries set to begin in January 2023.

In addition to announcing cumulative deliveries of more than 60,000 units, Zeekr said Saturday that its delivery speed has improved, with delivery lead times reduced to 4-6 weeks.

Notably, on September 9, Zeekr announced that it had sold out of available capacity for this year and that new orders would begin delivery in 2023.

Zeekr previously set a delivery target of 70,000 vehicles for 2022, and from January to October, the company delivered 49,593 vehicles, according to data monitored by CnEVPost.

Zeekr was officially launched as a separate company in March 2021, and the Zeekr 001 was unveiled on April 15 last year, with deliveries of the model starting last October.

On February 9 of this year, Zeekr's cumulative deliveries reached 10,000 units, and on October 15 Zeekr announced the delivery of its 50,000th vehicle.

As deliveries grow, Zeekr is also preparing for its initial public offering.

On October 31, Geely said in an announcement that it had submitted a proposal to the Hong Kong Stock Exchange (HKEX) to spin off Zeekr and list it separately.

According to the announcement, the HKEX has confirmed that Zeekr is ready for the proposed spin-off.

Terms of the spin-off have not yet been determined, including the location of the listing, the size of the offering and the price range, Geely said, adding that it would announce further information in due course. 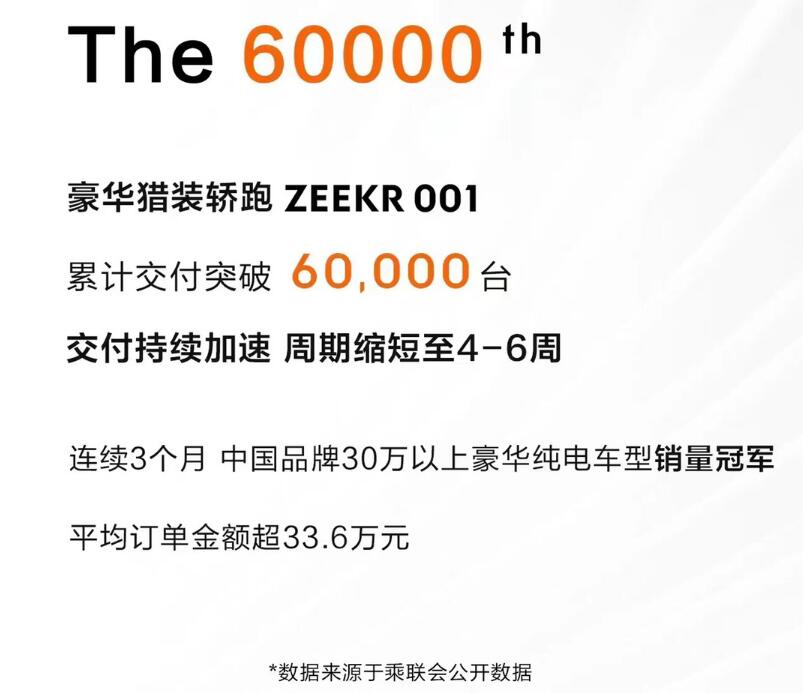