The Zeekr 009 MPV is available in two versions, with the highest-priced version powered by the CATL Qilin Battery with 140 kWh capacity and a CLTC range of 822 km. 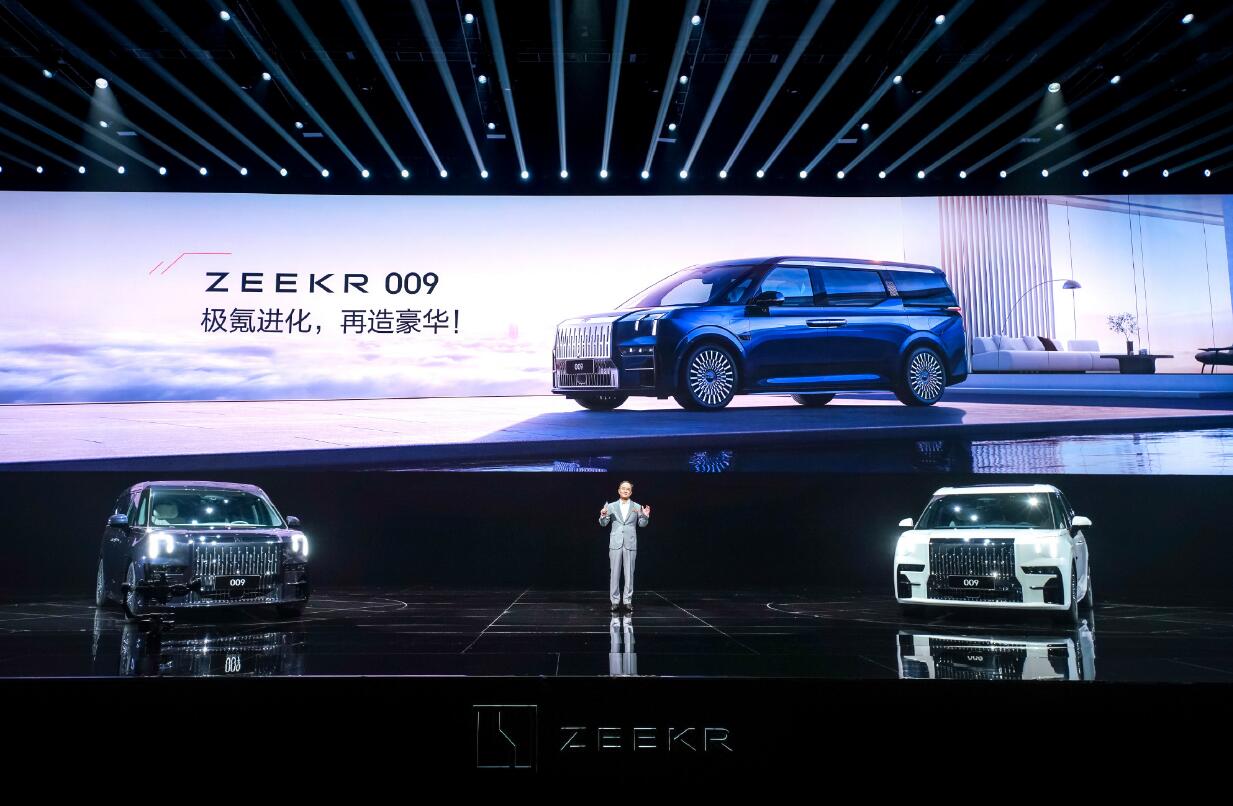 Zeekr, Geely's premium electric vehicle brand, has made its second model, the Zeekr 009, available as a new option for electric MPVs in the Chinese market.

Both versions are equipped with ternary lithium batteries, with battery pack capacities of 116 kWh and 140 kWh, and CLTC ranges of 702 km and 822 km, respectively.

Zeekr 009 is the world's first all-electric MPV with a range of more than 700 km, and its range performance surpasses 99 percent of currently available internal combustion engine vehicles, according to Zeekr CEO An Chunghui. 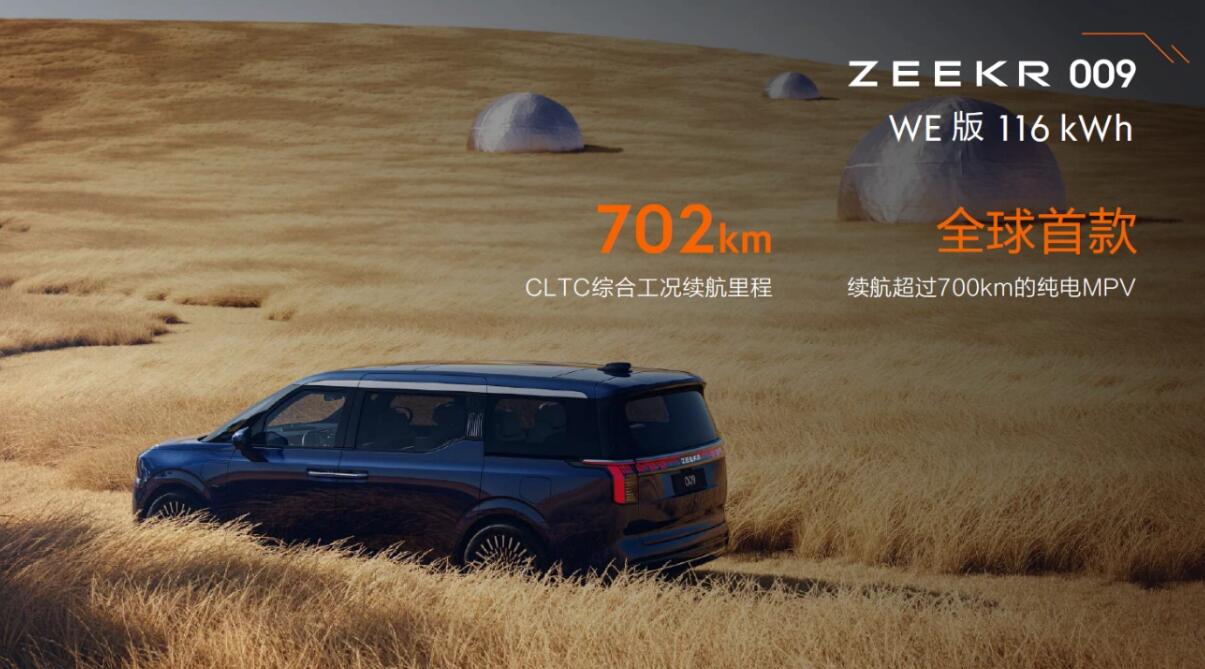 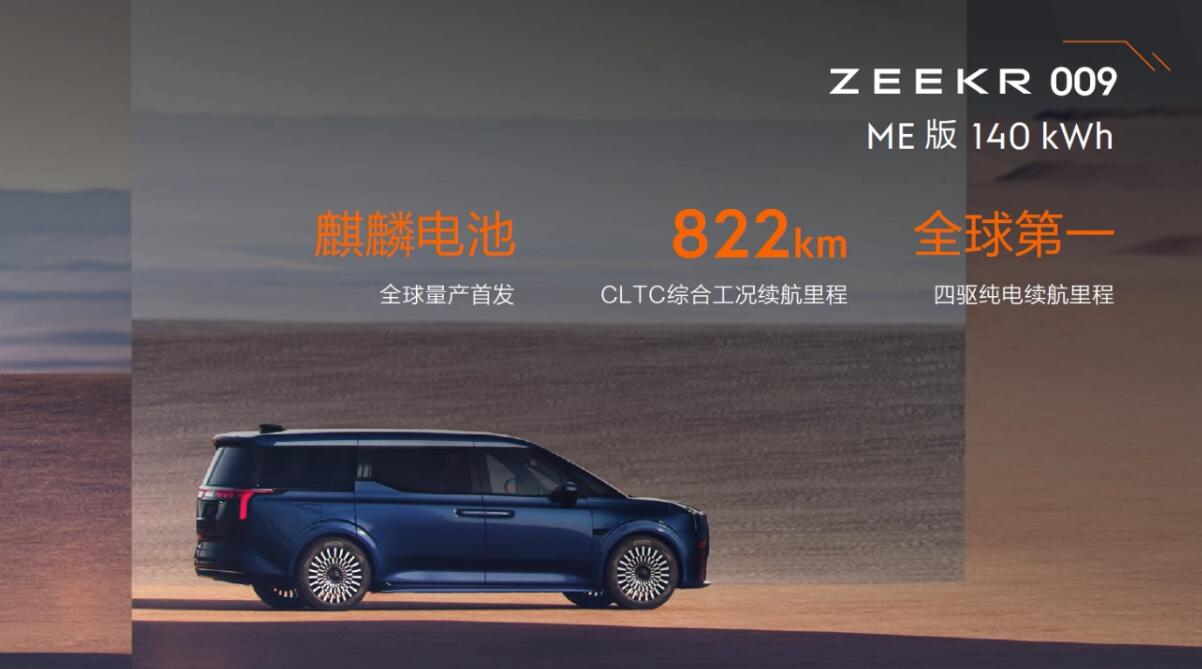 CALT and Zeekr had previously said that the Zeekr 009 would be the first vehicle in the world to be powered by that power cell giant Qilin Battery. But only the ME version of the model, which starts at RMB 588,000, uses the battery, Zeekr's announcement shows. 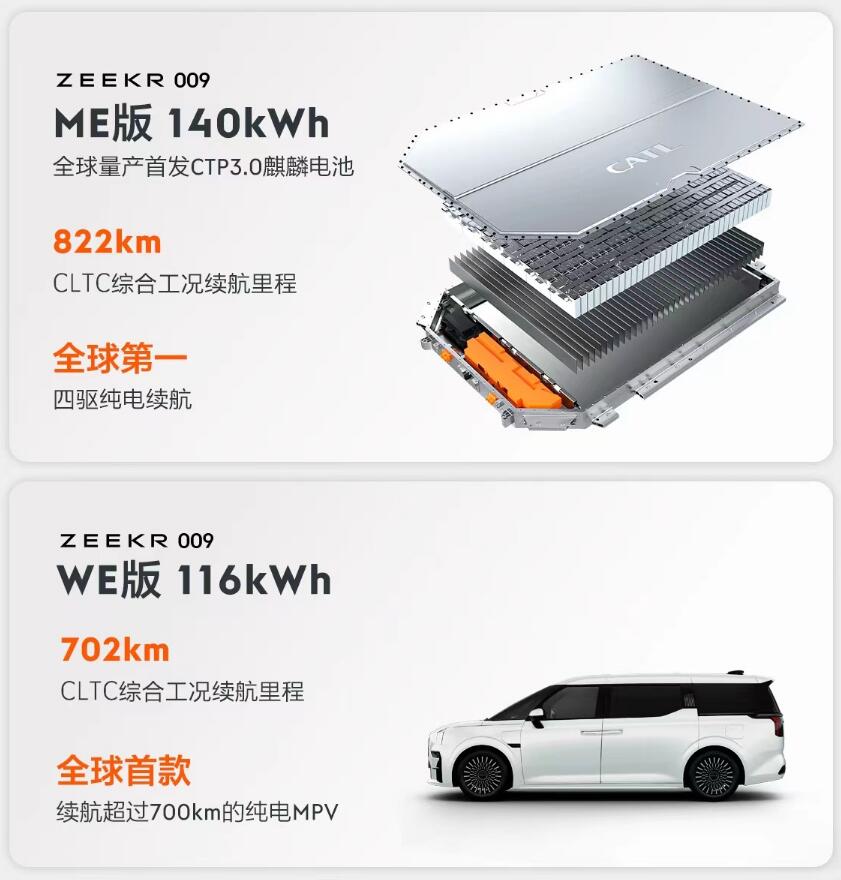 CATL unveiled the Qilin Battery, or CTP (cell to pack) 3.0 battery, on June 23, saying it brings battery system integration to a new level.

The Qilin Battery allows volume utilization to exceed 72 percent and energy density to reach 255 Wh/kg, supporting a vehicle range of 1,000 kilometers, the company said at the time.

At Tuesday's launch, Zeekr said deliveries of the Zeekr 009 are expected to officially begin in January 2023.

With the solution, Zeekr 009 has the ability of pilot-assisted driving, which can realize the functions including autonomous on and off highway ramps and active cruise. 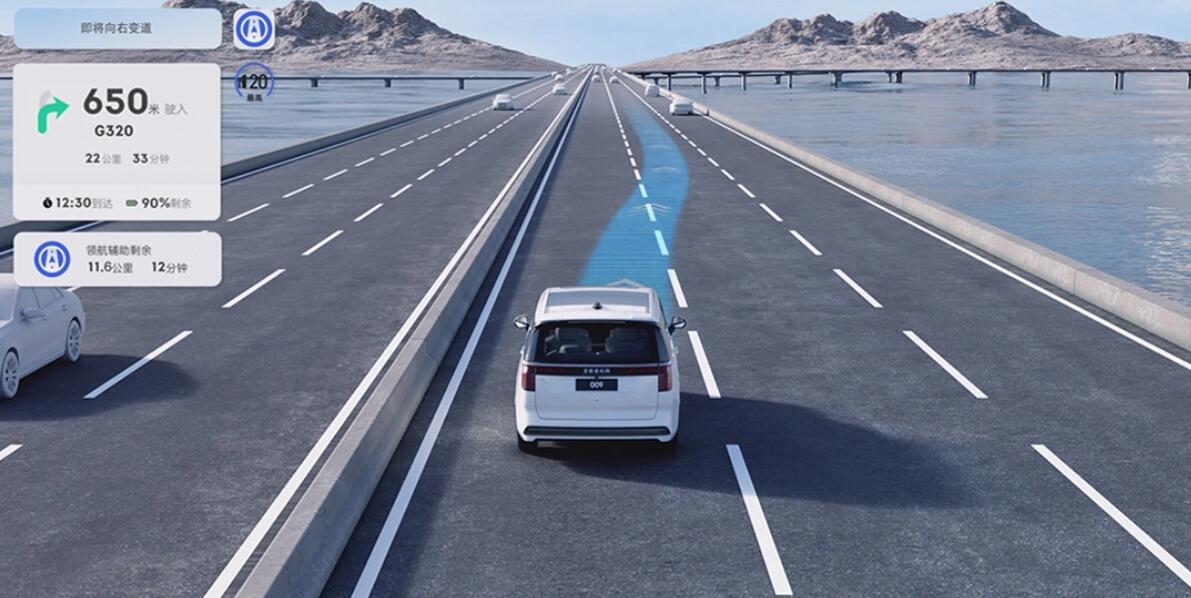 Zeekr was founded in March 2021. Its first model, the Zeekr 001, was announced on April 15 last year as a hunting coupe, with deliveries starting last October.

The company first teased the Zeekr 009 on July 22, confirming that it was building an electric MPV.

Zeekr delivered a record 10,119 vehicles in October, up 22.27 percent from 8,276 in September, figures released yesterday showed.

On September 9, Zeekr announced that it had sold out of available capacity for the year and that new orders would begin deliveries in 2023. Zeekr had previously set a delivery target of 70,000 units for 2022. 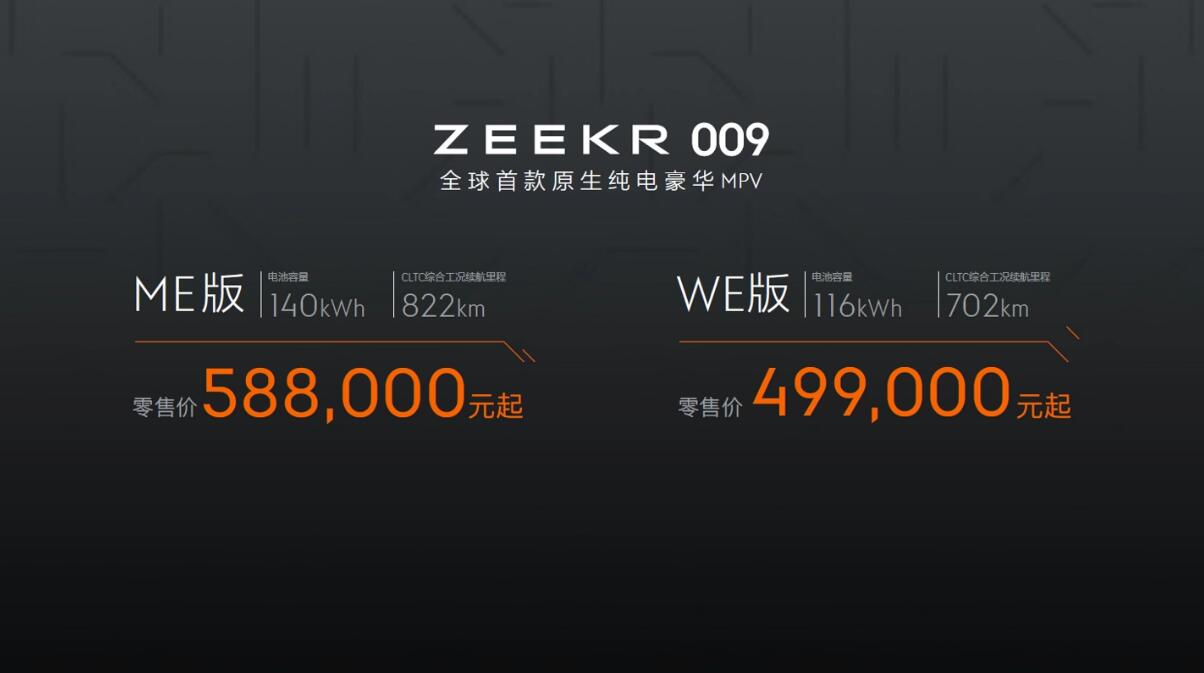