The Qilin Battery will have an energy density of 255 Wh/kg and will be in mass production in 2023, CATL said. 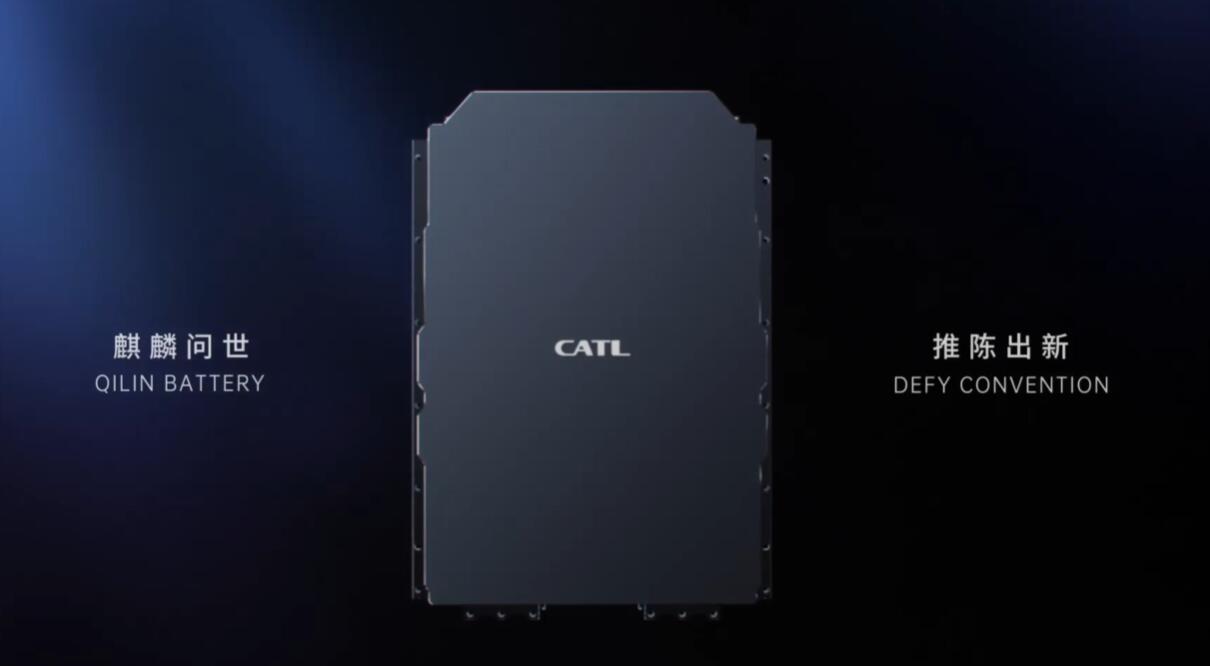 The Qilin Battery sets a new record for volume utilization at over 72 percent, making it the most integrated battery in the world today, according to CATL.

The battery can reach an energy density of 255 Wh/kg, easily allowing the vehicle to achieve a range of 1,000 kilometers, CATL said, adding that it will be in mass production in 2023. 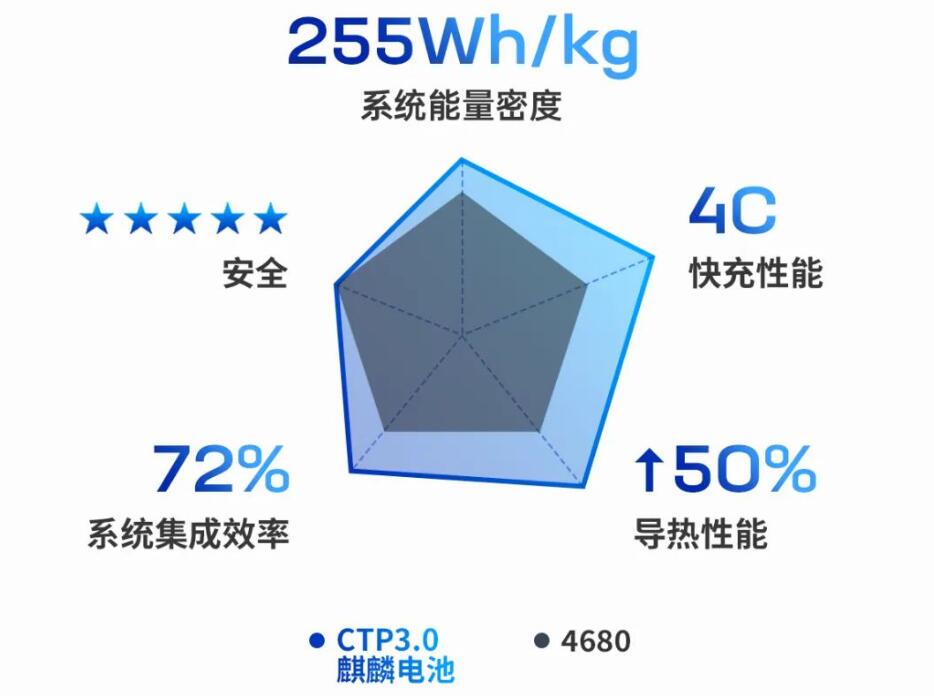 Notably, CATL did not hold a launch event for the battery's unveiling, but announced the technical details directly on Weibo and WeChat at 15:30 Beijing time, as previously mentioned.

CATL named the battery in pinyin instead of the English "Kirin" for "麒麟".

CATL said it has quadrupled the heat transfer area through its world-first large surface cooling technology, which places the water-cooling component, traditionally located at the bottom of the cell, between the cells.

This technology supports a fast hot start in 5 minutes and charging to 80 percent in 10 minutes, CATL said.

In extreme conditions, the cells can be cooled down rapidly, effectively blocking abnormal heat transfer between cells, according to CATL.

With the same chemistry and the same pack size, the Qilin Battery delivers a 13 percent increase in power compared to the 4680 battery, providing an overall improvement in range, fast charging, safety, life, efficiency, and low-temperature performance, according to CATL.

The Qilin Battery eliminates the cross-beam, water-cooling plate and thermal pad, which were separate designs, and integrates them into a multi-functional flexible sandwich for more efficient system integration. 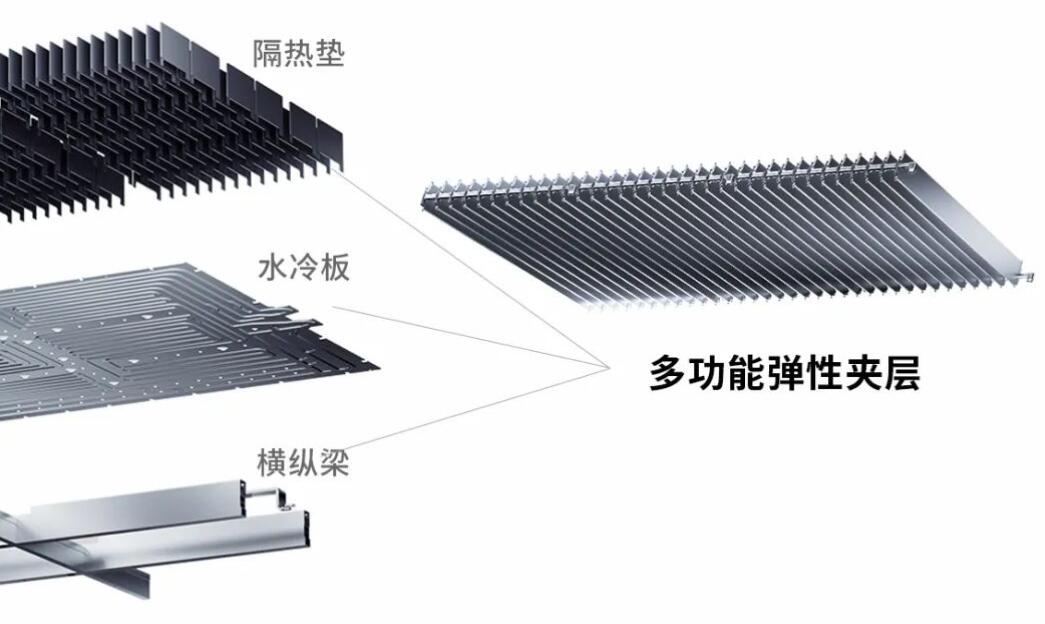 The battery has micrometer bridge connections within the flexible sandwich that flexibly expand and contract to match the cell's breathing, enhancing the cell's full lifecycle reliability, according to CATL.

The integrated energy cell composed of the battery cell and the multi-functional elastic sandwich layer builds a more stable force structure in the direction perpendicular to the travel direction, improving the structural strength and impact resistance of the battery pack, it said. 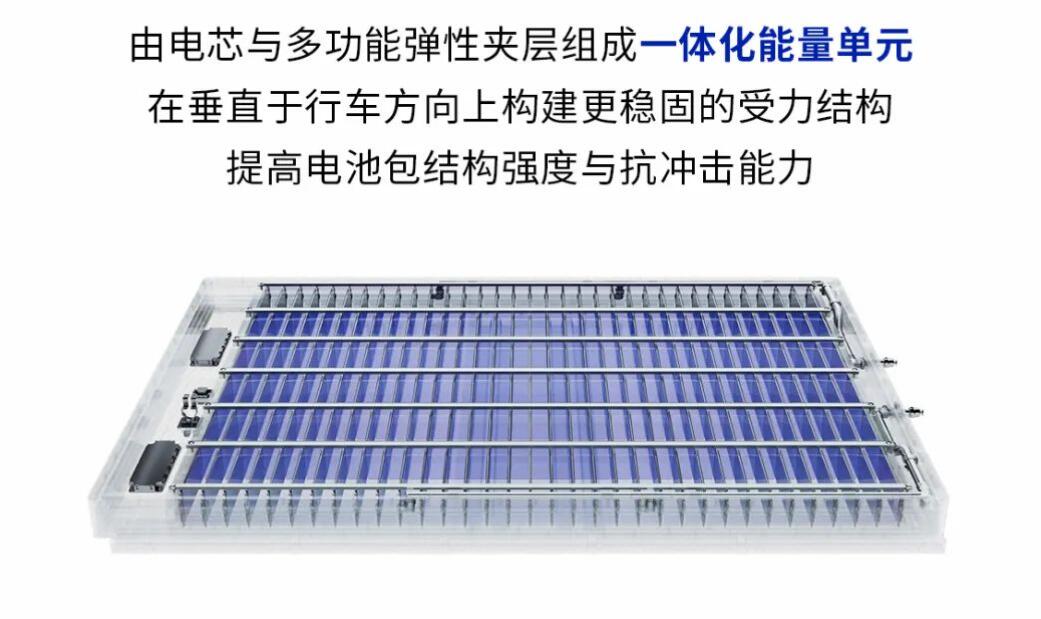 In the first quarter, CATL shipped 33.3 GWh of power batteries globally, with a 35 percent share, according to a report released in early May by Seoul-based SNE Research.

In May, CATL shipped 8.51 GWh of power batteries in China, with a 45.85 percent market share and the top position, according to data released earlier this month by the China Automotive Battery Innovation Alliance (CABIA).

BYD's power battery installed base in May was 4.09 GWh, with a 22.01 percent share, according to CABIA.