NIO operational issues hinder sales, but the worse may finally be over, says Deutsche Bank 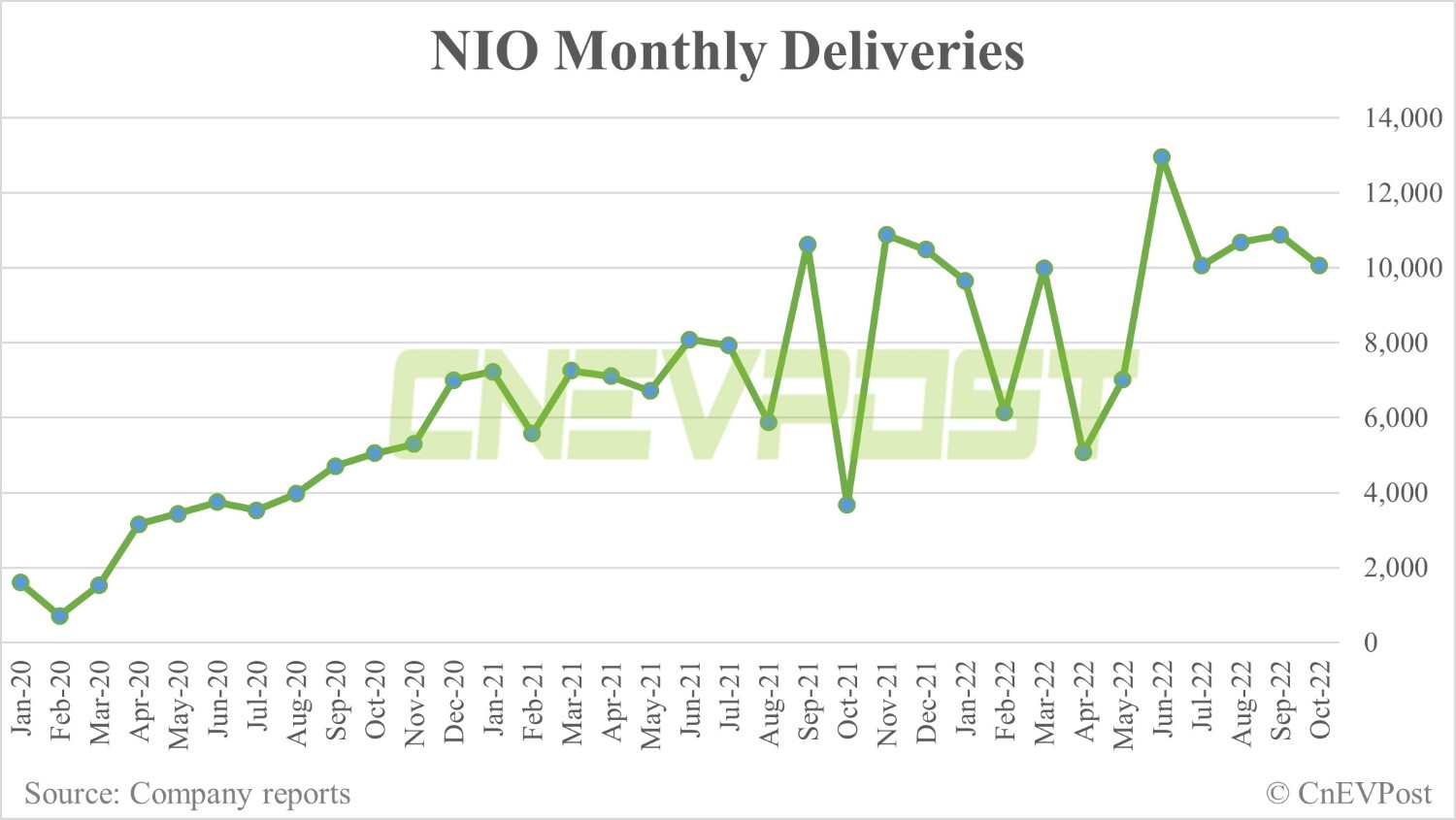 Operational issues caused NIO to fail to deliver a record-high number of vehicles in October, disappointing some investors and analysts.

In the view of Deutsche Bank analyst Edison Yu's team, the worse may finally be over, with NIO's product supercycle set to push into 2023.

"NIO continues to frustrate us/investors with another round of operational issues (silicon carbide supply, EDS assembly) which are holding back volume in 4Q but we are optimistic that the worse may finally be over, further supported by the government's gradual pivot away from COVID zero," Yu's team said in a research note sent to investors today.

The key to watch is December sales, as NIO may need to deliver close to 20,000 units to prove that execution is indeed improving, the team said.

As background, NIO delivered 10,059 vehicles in October, down 7.5 percent from 10,878 in September, falling short of the company's management's previously said goal of "record highs in every month of the fourth quarter."

When the company reported its third-quarter results on November 10, it said it expected to deliver 43,000 to 48,000 vehicles in the fourth quarter. That means it will deliver a cumulative total of 32,941 to 37,941 units in November and December.

After recently addressing a shortage of metal castings by qualifying new suppliers, NIO is now experiencing bottlenecks with its silicon carbide supplier Onsemi and its own EDS assembly, the team noted.

In this case, Yu's took a more conservative stance, predicting that NIO would deliver 13,500 units in November.

NIO will add an EDS line at the NeoPark plant, where the ET5 is built, in November, and the subframe issue has been resolved, he said at the time.

NIO will launch five models in the first half of next year, and by June there will be a total of eight available models, one of which will compete with the Tesla Model Y, Li mentioned in the earnings call.

In their latest note, Yu's team said that NIO is expected to revamp the three models based on the NT 1.0 platform in the first half of next year, along with two new models.

"With competition intensifying, we are encouraged by NIO's aggressive product refresh cadence," the team wrote.

NIO's path to profitability is challenging but should inflect late next year, Yu's team said, adding that rising lithium carbonate prices are keeping pressure on its gross margins.

For every RMB100,000 increase in lithium carbonate prices, there will be a 2 percentage point impact on NIO's gross margin, its management said in its third-quarter earnings call.

NIO's sensitivity is about 2 percentage points per 100,000 and has embedded in its planning assumptions an average price of about 400,000 next year. This suggests that gross margins will be under pressure for much of the first half of 2023, Yu's team noted in their note.

The electric vehicle maker's management said on that call that the NIO brand is on track to break even in the fourth quarter of 2023 and be profitable overall in 2024.

Li confirmed during that call that NIO has two new brands in development, as well as investments in the business including cell phones.

Yu's team believes that an underrated aspect of NIO's development of two sub-brands is that, unlike other startups such as Leapmotor or Hozon, it can leverage its existing R&D investments and supply chain across three brands, greatly improving efficiency.