NIO will launch five models in the first half of next year, and by June there will be a total of eight available models. 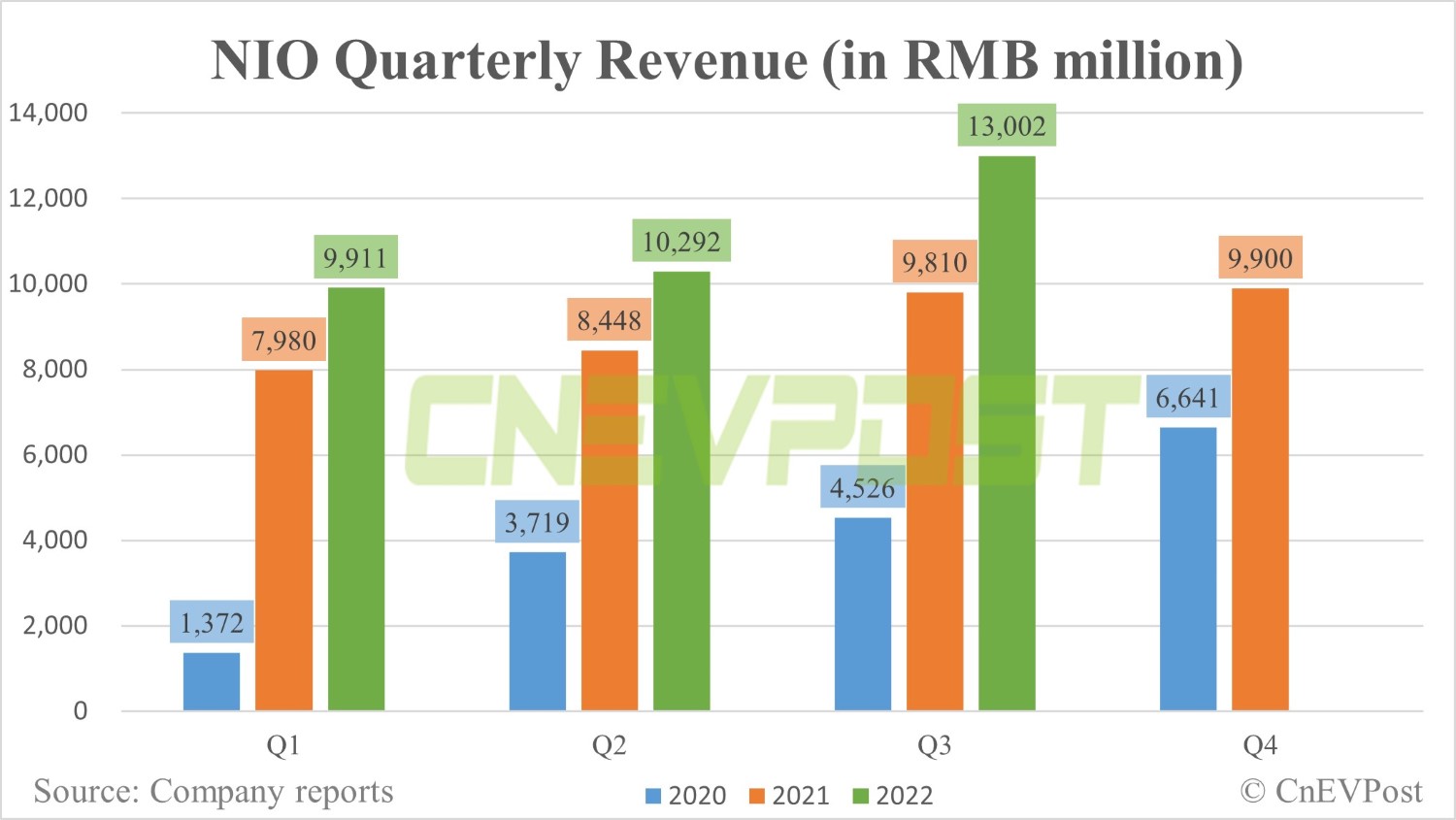 Below is a live text coverage of the call from CnEVPost, with the latest content placed at the top.

NIO increased its stockpiling of core components, including chips, in the third quarter, which was one of the factors behind the increase in inventory value.

Assisted driving software is unlikely to contribute much to gross profit in the short term.

In the short term, NIO has no plans to launch an MPV model.

The F2 plant is still in partnership with JAC, that partnership is quite good and the current vehicle production is not a bottleneck in the short term.

Both NIO plants currently have an annual capacity of 150,000 units under single-shift production.

NIO has been actively developing AD chipset since last year, and the team now has 500 people. Defining that chip from the algorithm will be much more efficient and help to improve the gross profit.

With NIO's current cash reserves, along with financial support from the bank, the company is confident enough to support operations to achieve profitability. The company is very strict in financial discipline.

NIO ET5 still has a capacity creep in November.

By December it will be able to produce more vehicles than in November, except for the impact of SiC chips.

NIO will launch five models in the first half of next year, and by June there will be a total of eight available models. There will be one that will compete with the Tesla Model Y.

For a mass-market sub-brand, NIO certainly hopes it can sell 50,000 units a month.

Lithium prices have a big impact on NIO, and the company does not see it as a supply and demand issue.

If the price of lithium carbonate stays so high, it will have a relatively large impact on NIO's gross margin.

For every RMB 100,000 increase in lithium carbonate, there will be a 2 percentage point impact on NIO's gross margin.

NIO's core business is expected to break even in the fourth quarter of next year.

NIO has two new brands in development and other business investment including cell phones.

The scale of investment in new businesses next year will be in the range of RMB 3-4 billion, which is about RMB 1 billion per quarter.

If battery prices can return to normal levels, reaching 20 percent-25 percent gross margin will not be a problem.

In the long run, a 20 percent-25 percent gross margin is visible.

Fluctuations in the Covid epidemic are hard to predict, but looking at the supply chain as well as vehicle production, the entire chain should be able to support NIO's delivery targets for next year.

NIO's layout in R&D is basically set, and over a period of time, almost every quarter R&D expenses will be maintained at around RMB 3 billion.

Overall, NIO will continue to improve the efficiency of R&D.

ET5 orders are not an issue for NIO, which is currently focused on production creep.

NIO is paying extra attention to quality improvement in the early stages of new vehicle production.

Tesla's price cuts are not new to NIO, and the company has not seen any impact on demand for NIO models. Model 3 and Model Y are not in the same price range as NIO vehicles.

NIO currently has the Nvidia A100 chips to meet the company's needs for a long time.

In the meantime, the company is also evaluating other options.

The current export restrictions faced by NVIDIA will not have an impact on the company's operations.

NIO will add an EDS line at the NeoPark plant next week, and the subframe issue has been resolved.