XPeng has cut the SKUs of the P7, P5 and G3i in half, seemingly hoping to boost declining sales by making it easier for consumers to choose. 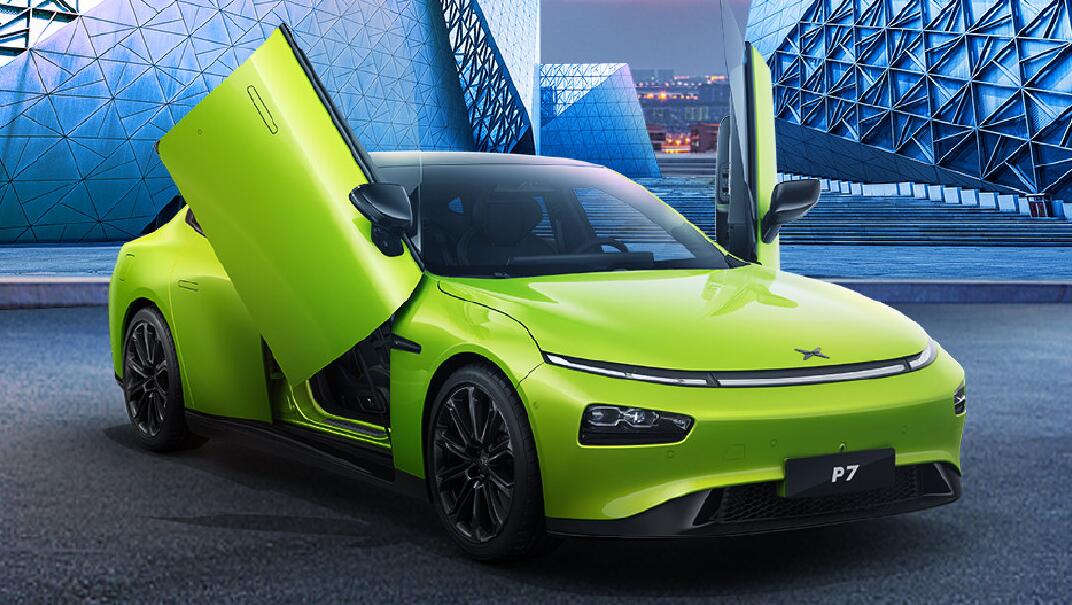 XPeng Motors has significantly reduced the number of versions offered for older models, seemingly hoping to boost declining sales by making it less difficult for consumers to choose.

XPeng's current offerings include the G9 SUV, P7 sedan, P5 sedan and G3i SUV, and the company has sharply slashed the choices offered on the latter three older models, after making similar adjustments to the G9 just two days after the flagship SUV was launched in late September.

The XPeng P7 is currently available in nine options, with 13 of the 22 options previously offered being discontinued, the latest information from the electric vehicle company's official website shows.

The XPeng P5 is currently available in five options, with six of the 11 options previously offered being discontinued.

The XPeng G3i is currently available in four options, with three of the seven options previously offered being discontinued.

The adjustment only involves the discontinuation of some options, with the pricing of the models that continue to be offered remaining unchanged.

Here is the latest sales status of these three models. 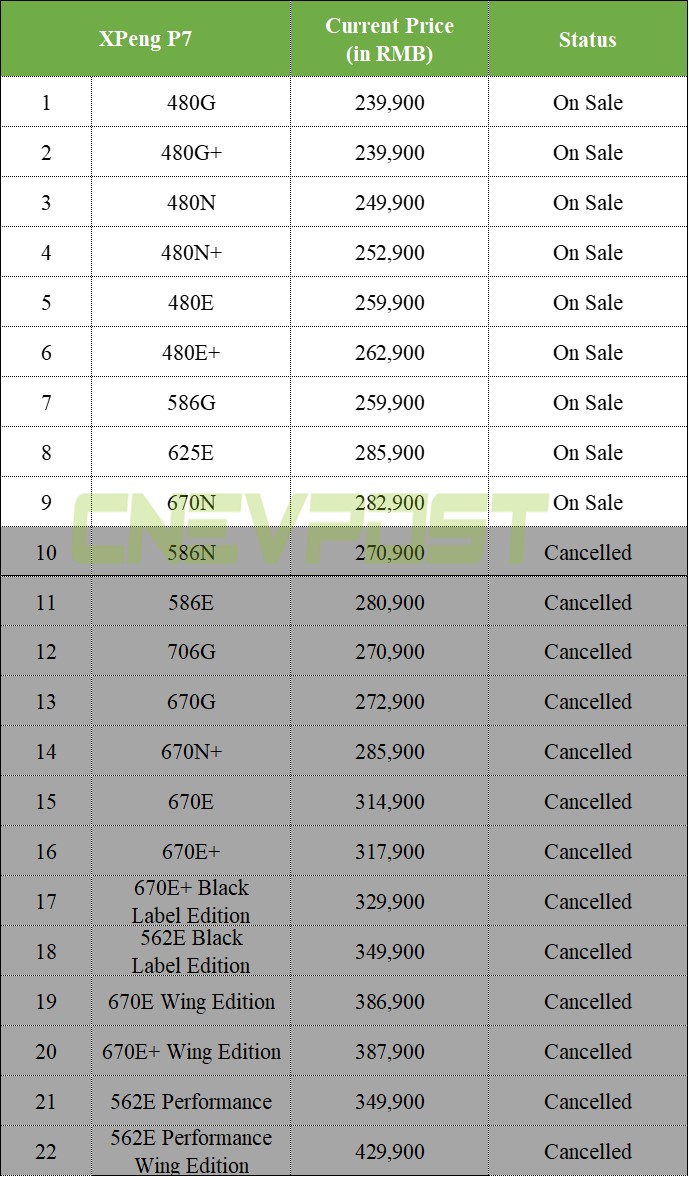 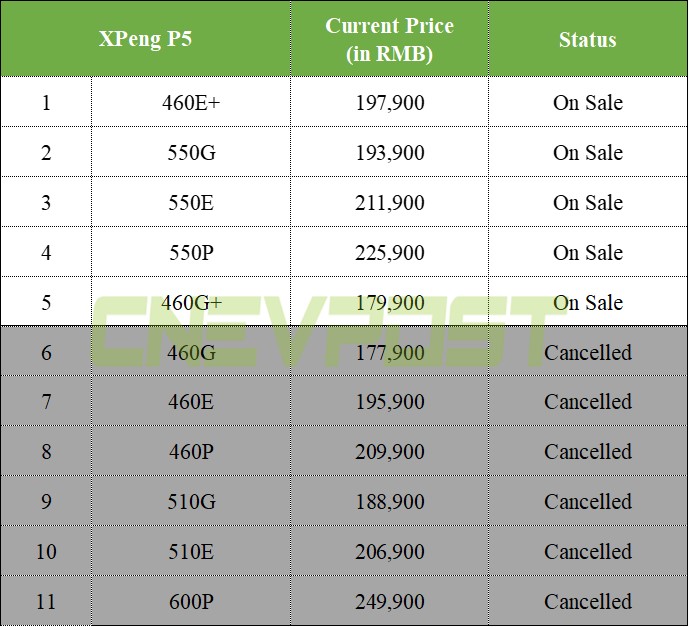 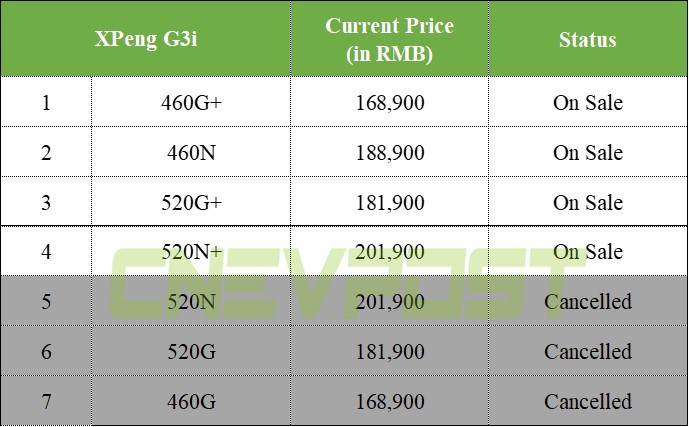 XPeng officially let its flagship SUV, the G9, go on sale on September 21, but the company soon found itself inundated with complaints about the model's complicated SKUs configurations.

On September 23, two days after the G9 went on sale, XPeng tweaked the model's naming logic and price configuration to make it less difficult for consumers to choose.

XPeng saw a significant drop in deliveries in the second half of the year, delivering 5,101 vehicles in October, down 39.76 percent from 8,468 in September and 49.68 percent from 10,138 in the same period last year, data released earlier this month showed.