The NIO ET7 scored second only to the Tesla Model S and the Model Y in Safety Assist, with the latter two models both scoring 98 percent in this area. 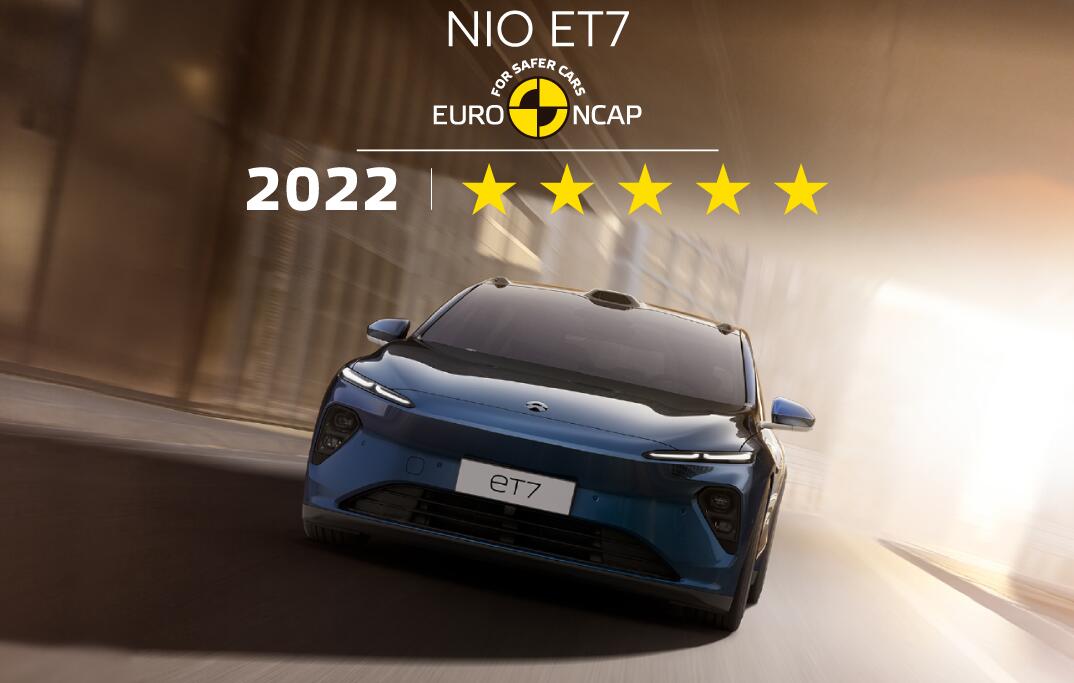 Notably, the model scored second only to the Tesla Model S and Model Y in Safety Assist, with the latter two models both scoring 98 percent in this area.

Founded in 1997, Euro NCAP is an independent crash test safety organization that evaluates and scores the safety of new vehicles.

It created a five-star safety rating system to help users more easily compare vehicles and determine the safest option based on their needs. 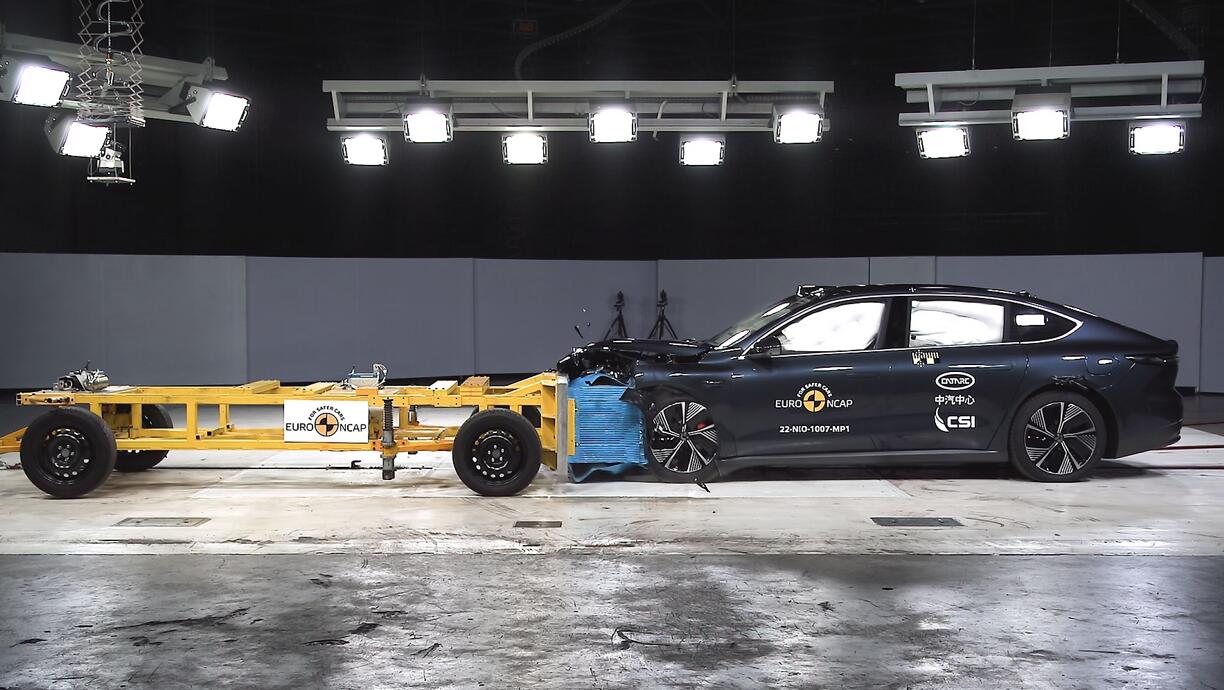 "With all active and safety features as standard, NIO's ET7 was designed to offer its users, wherever they are in the world, the highest levels of safety," said Danilo Teobaldi, Vice President of Vehicle Engineering at NIO.

"Providing users with peace of mind is crucial for the user experience. From the outset, we wanted to go beyond achieving test results and through our R&D find solutions to go further. If it improves safety, it is worth doing", Teobaldi added.

Designed to Chinese and European five-star safety standards, the ET7 is one of the first cars in the world to use a significant amount of hot-stamping steel, NIO said in a press release.

The model gets 44.4 percent of its upper body from hot-stamping steel, including a 2-meter-long body section and a 1-meter-long roof railing section.

Its strong composite structure of aluminum-silicon coated hot-stamped steel ensures a torsional stiffness of up to 37,100 newton-meters per degree (Nm/deg), according to NIO.

In addition to body materials, the structural design of the body is also key to the ET7's five-star achievement. For the front-end structure, the ET7 adopts a trapezoidal front crash beam design. On both sides of the crash beam, two auxiliary beams are independently welded, NIO said.

The ET7 is equipped with seven airbags as standard, of which the Far-Side Center Airbag (FCA) is one of the first standard airbags in Chinese medium and large vehicles. In vehicle crash tests, the FCA protects front-seat occupants from secondary injuries. 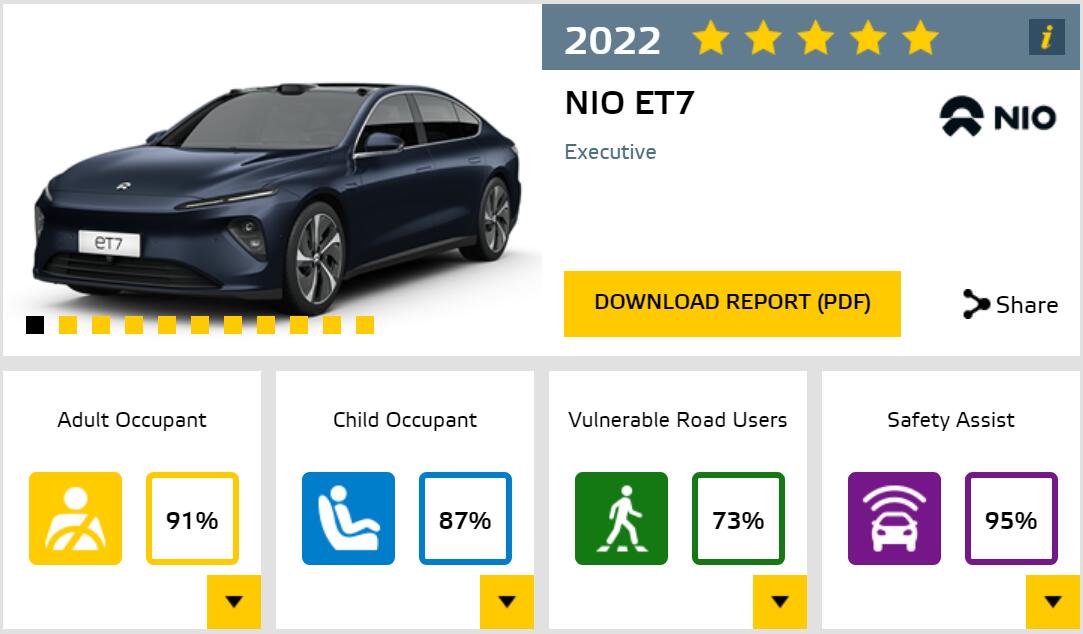 Other features, such as speed limit recognition and subsequent driver warnings, as well as the ability to intervene quickly in emergency situations, contributed to the ET7's 95 percent score for Safety Assist, NIO's highest score to date, the company said.

In addition to its five-star Euro NCAP rating, the ET7 achieved near-maximum scores in the latest Green NCAP test for energy efficiency, emissions and energy consumption.

Under the new enhanced ratings announced in June 2022, the ET7 was praised for its high overall efficiency, lack of polluting exhaust emissions and relatively low greenhouse gas emissions -- earning it a weighted overall index of 9.6 out of 10 and a maximum of five stars.

By category, the NIO ET7 has a Clean Air Index of 10/10, a Greenhouse Gas Index (GHG) of 9.6 and an Energy Efficiency Index of 9.4. In laboratory WLTC+ testing, the ET7 met its declared range.

The company held its NIO Berlin launch event on October 7 European time to introduce its three latest models - the ET7, EL7 and ET5 - to European consumers. the EL7 is known as the ES7 in China.

On October 17, NIO announced that it had begun deliveries of the ET7 to European consumers.

The ratings are the latest achievement for the model in Europe, where it won the Golden Steering Wheel Award just last week in Germany.

In China, the latest expected delivery date for the ET7 in China is 3-5 weeks after locking in the order, shortening from the previous 4-6 weeks, a report by CnEVPost earlier today showed.

NIO delivered 10,059 vehicles in October, including 3,050 ET7s, data released by the company earlier this month showed.

In the first two weeks of November, NIO ET7 insurance registrations in China were 787 units and 1,013 units respectively. 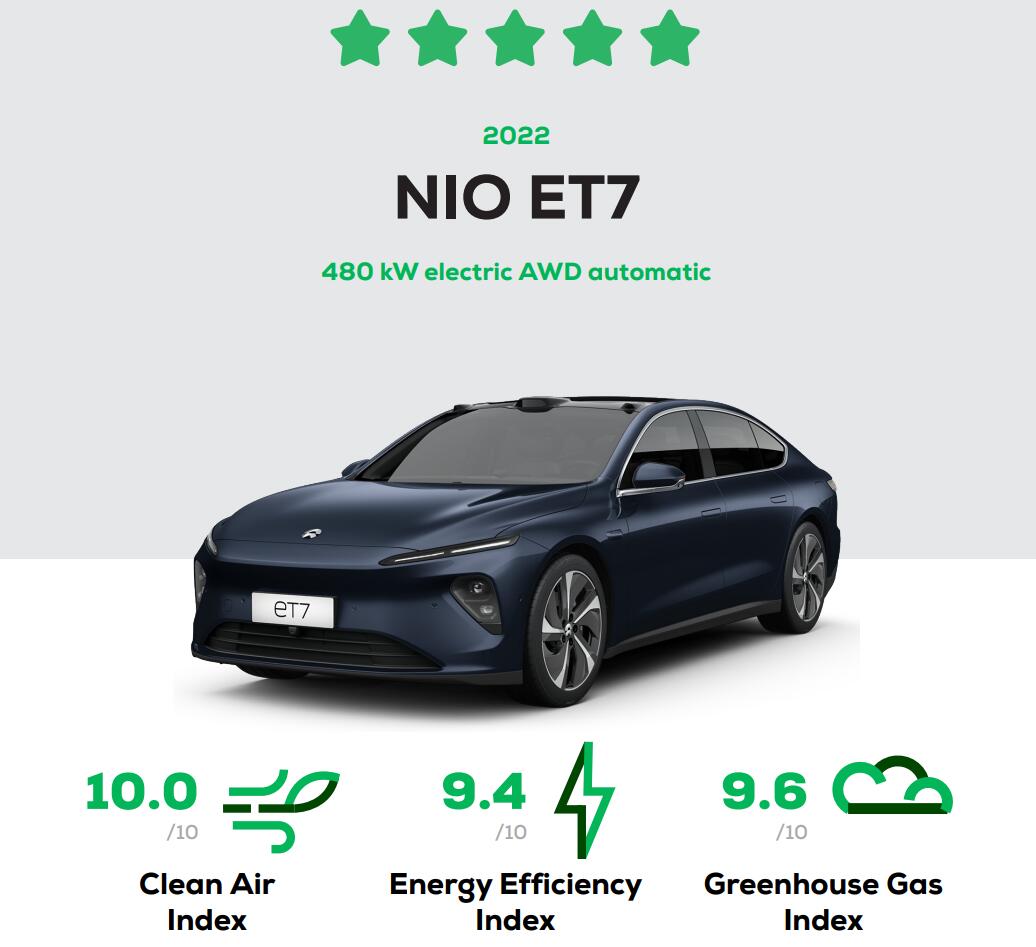