The models ahead of the NIO ET7 are all traditional internal combustion engine cars, mainly from German luxury brands BMW, Mercedes-Benz and Audi. 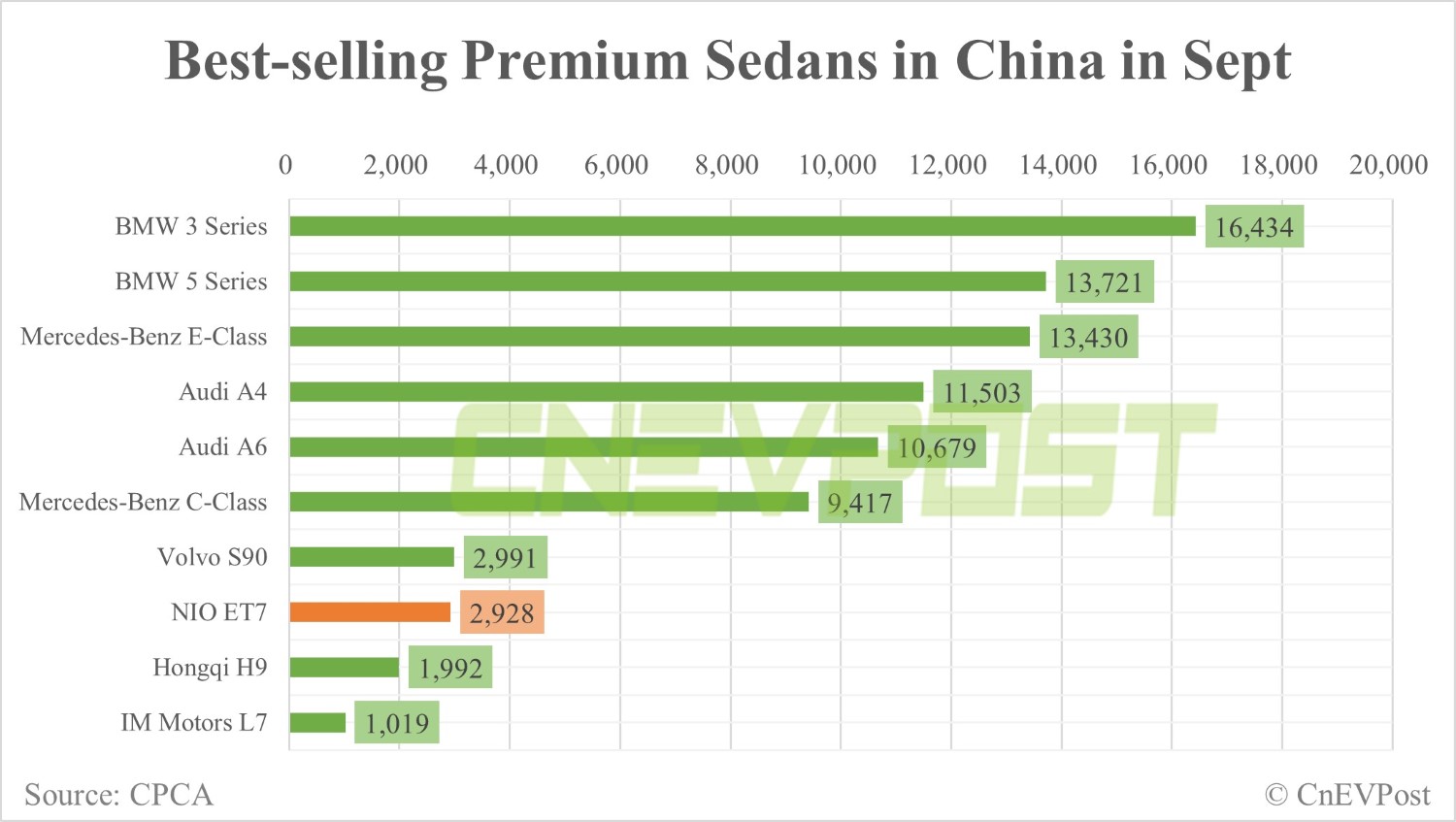 NIO's flagship sedan, the ET7, sold 2,928 units at retail in September, placing it No. 8 on the list of premium sedans in China with a starting price of more than 300,000 yuan ($41,850), according to a list released today by the China Passenger Car Association (CPCA).

The ET7 ranking in the list is the same as in August, when the model sold 3,126 units at retail.

NIO ET7 deliveries in September were 6.33 percent lower than the 3,126 units delivered in August, and the sedan has accumulated 15,439 deliveries since deliveries began in March. 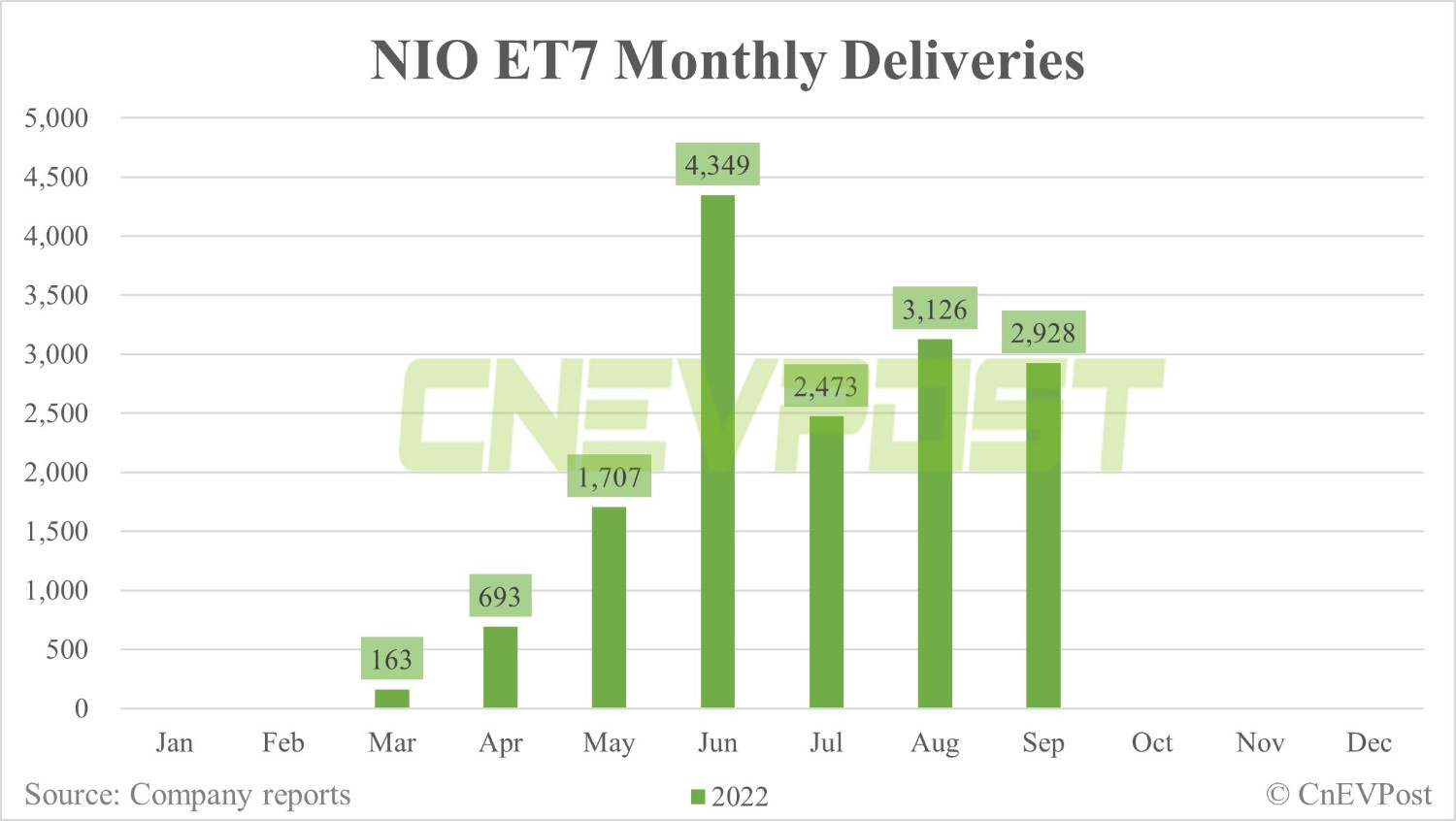 The models ahead of the NIO ET7 on the CPCA's latest list are all traditional internal combustion engine vehicles, dominated by models from German luxury brands BMW, Mercedes-Benz and Audi.

Notably, sales of these German luxury models were significantly higher in August than in the same month last year, with the Chinese policy of halving the purchase tax on ICE vehicles coming into effect in June.

The L7, the first model from SAIC's premium electric vehicle venture IM Motors, made its debut on the list, selling 1,019 units in September.

From January to September, the NIO ET7 ranked No. 9 in the premium sedan sales ranking. 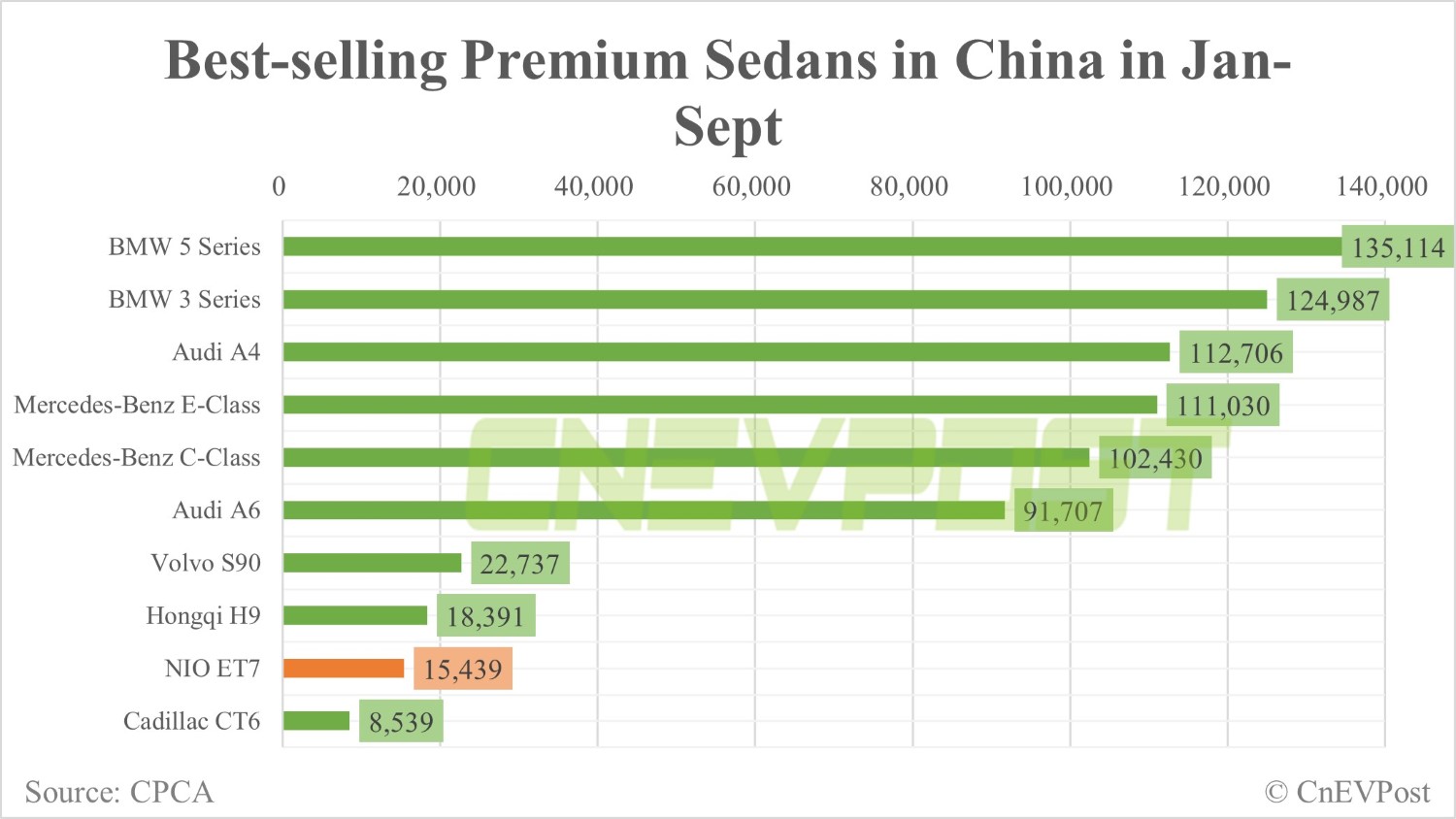