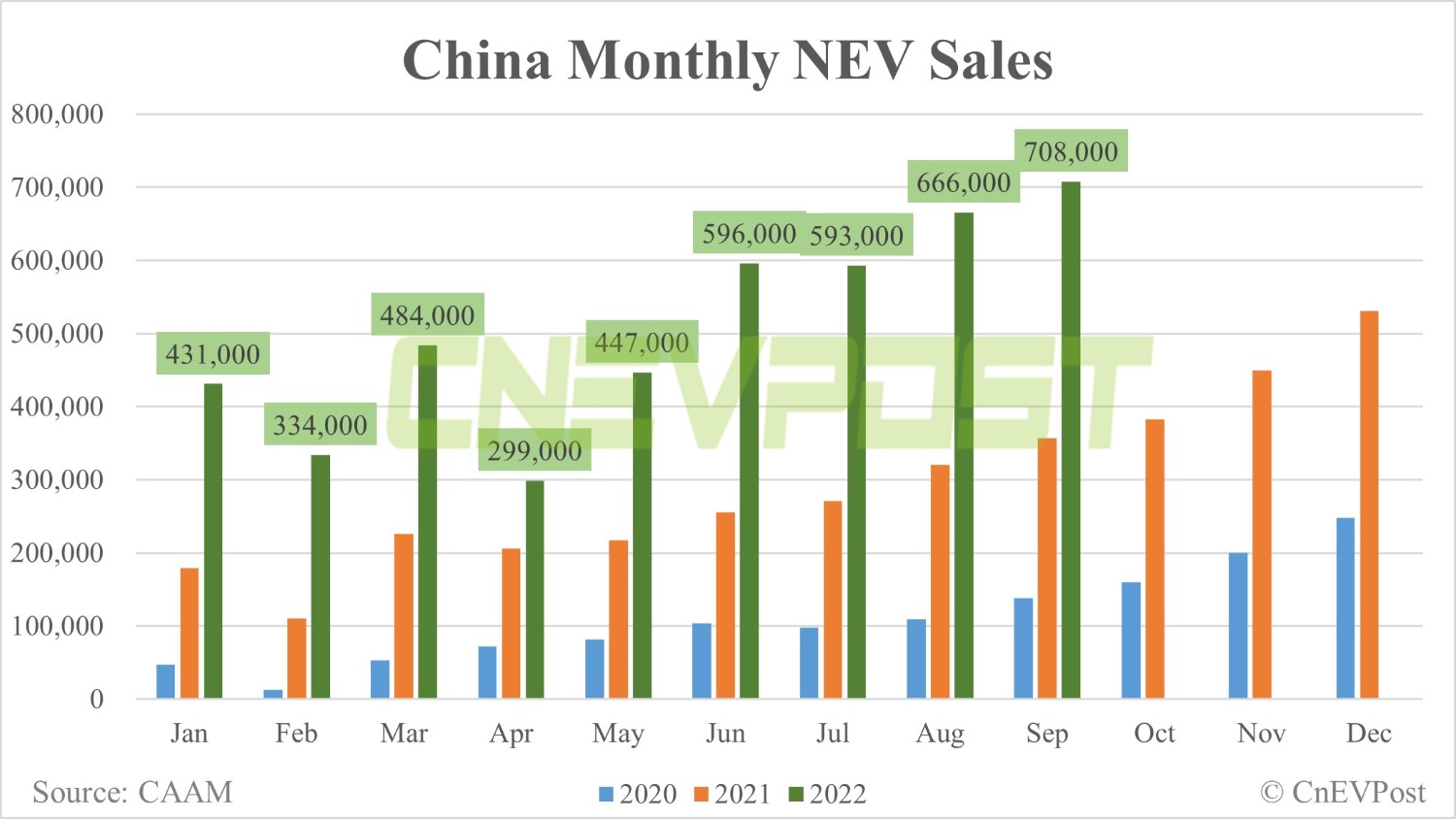 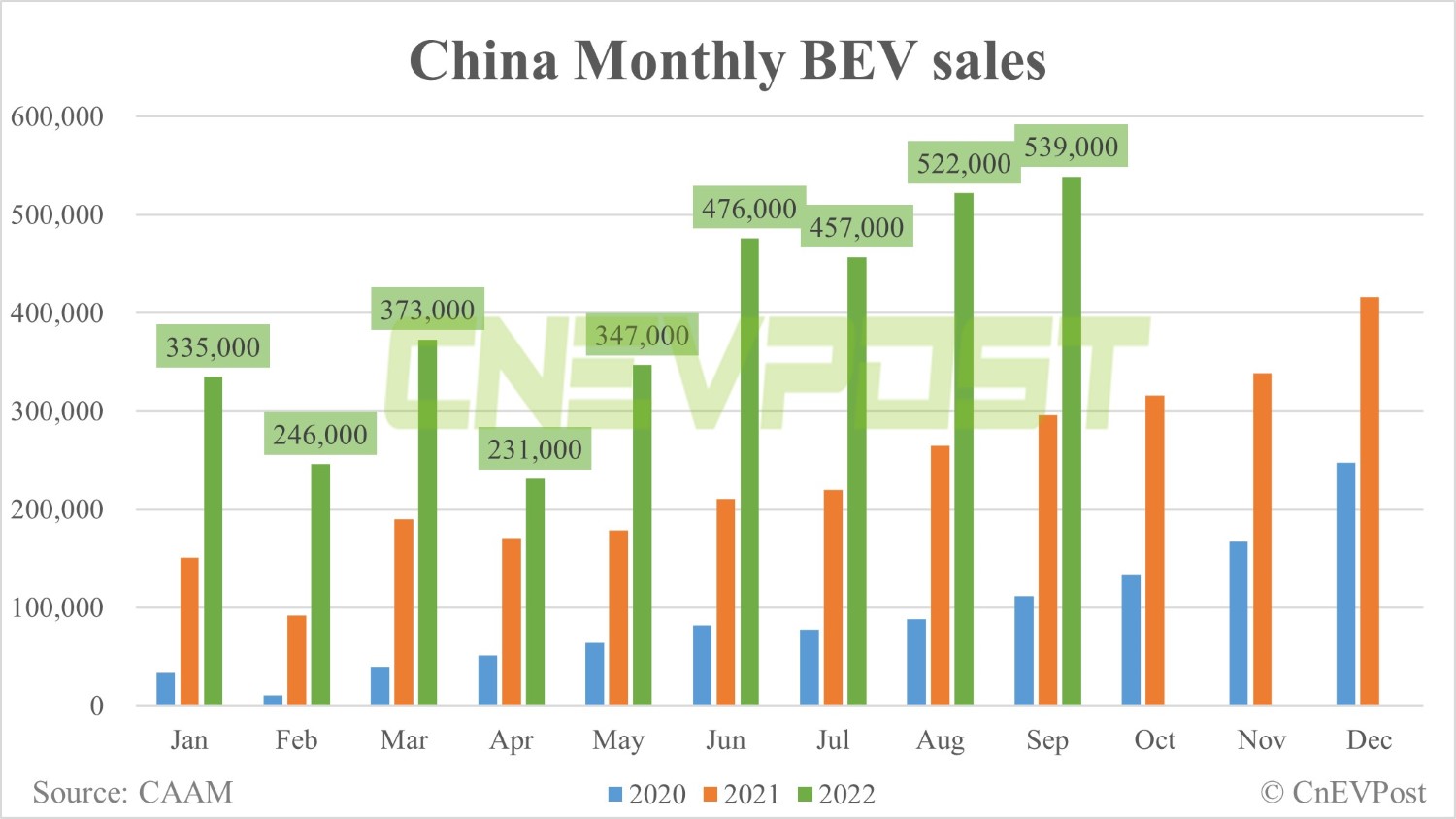 China's sales of all vehicles in September were 2.61 million, up 25.7 percent year-on-year and up 9.5 percent from August. 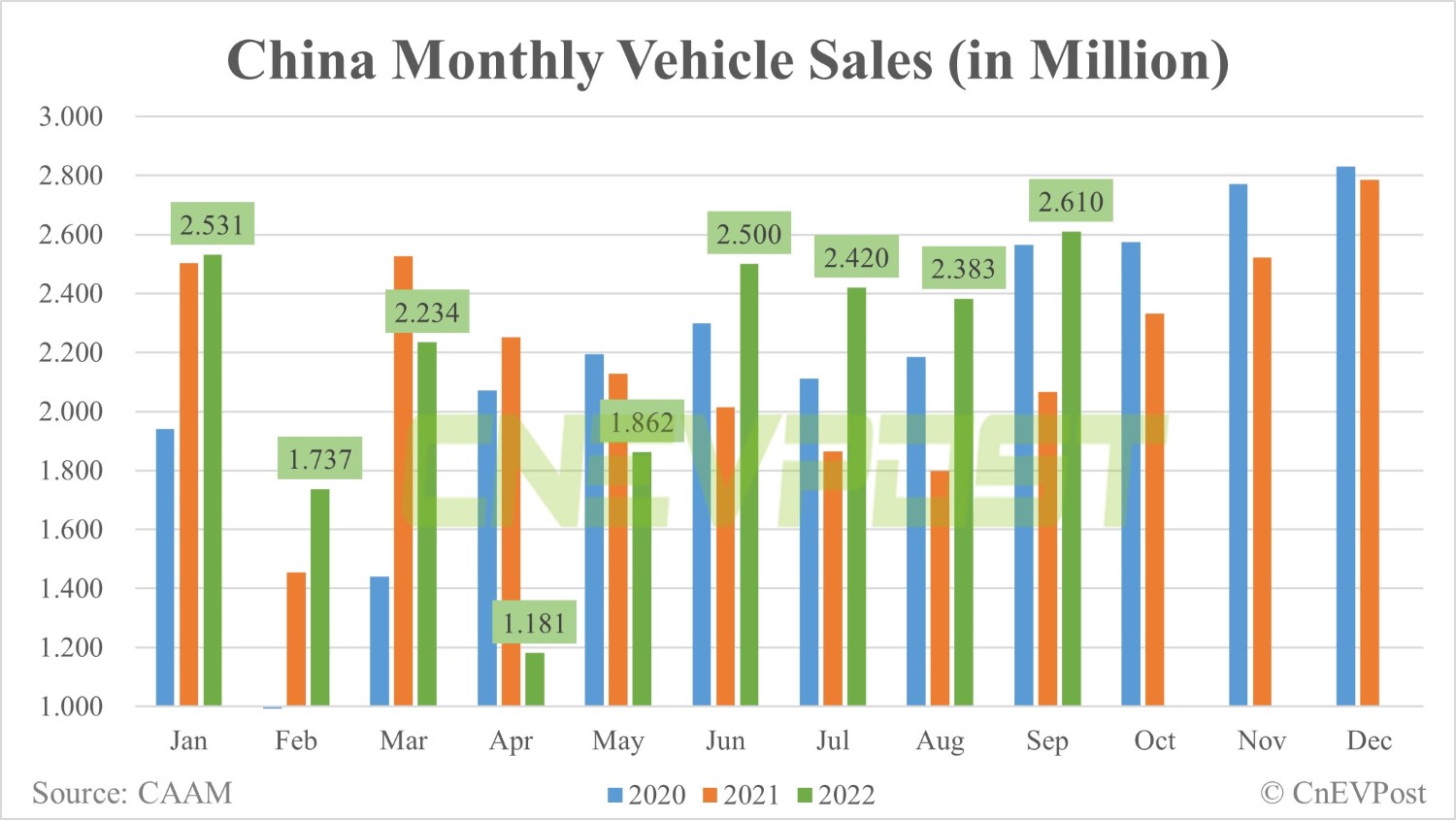 This means that the penetration of NEVs in China was 27.1 percent in September, slightly lower than the record 27.9 percent in August. 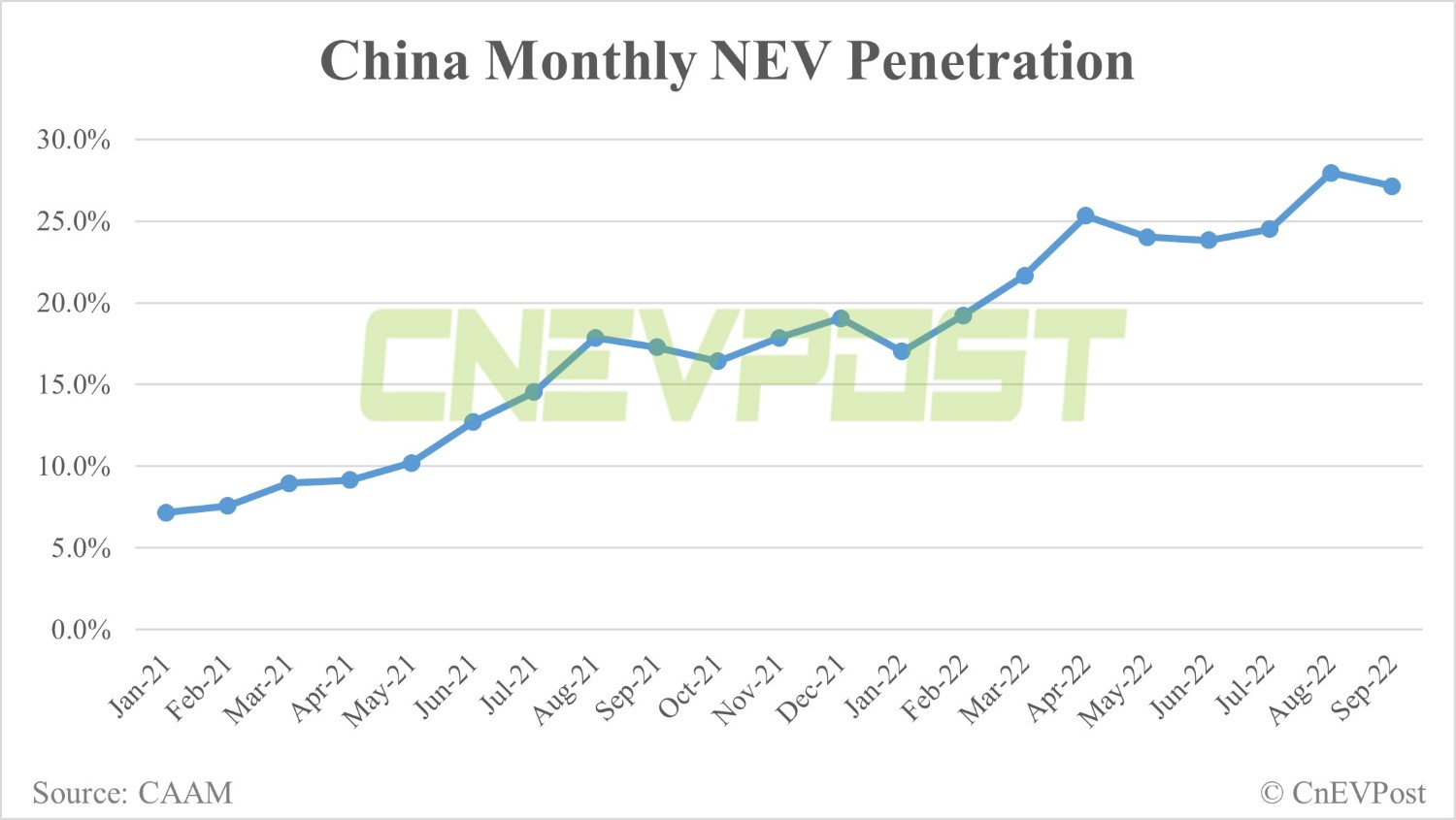 From January to September, China's NEV sales were 4.567 million units, up 110 percent year-on-year.

In the first nine months, China sold 19.47 million units of all vehicles, up 4.4 percent year-on-year.

This means that from January to September, the penetration rate of NEVs in China was 23.5 percent.

NEVs exported 50,000 units in September, twice as many as in the same month last year, but 40.3 percent less than in August, according to the CAAM.

Driven by China's policies of stabilizing the economy as well as promoting consumption, auto production and sales will maintain rapid growth in the fourth quarter, the CAAM said, adding that the NEV market and auto exports continued a good trend.

However, the foundation of China's economic recovery is still not solid, and the auto market still needs continued policy support, the CAAM said.