Why are NIO vehicles only for rent in four European countries? William Li explains

While 20 percent of European consumers still want to buy and own vehicles, NIO is still early in its operating model and wants to reach the other 80 percent first, Li said. 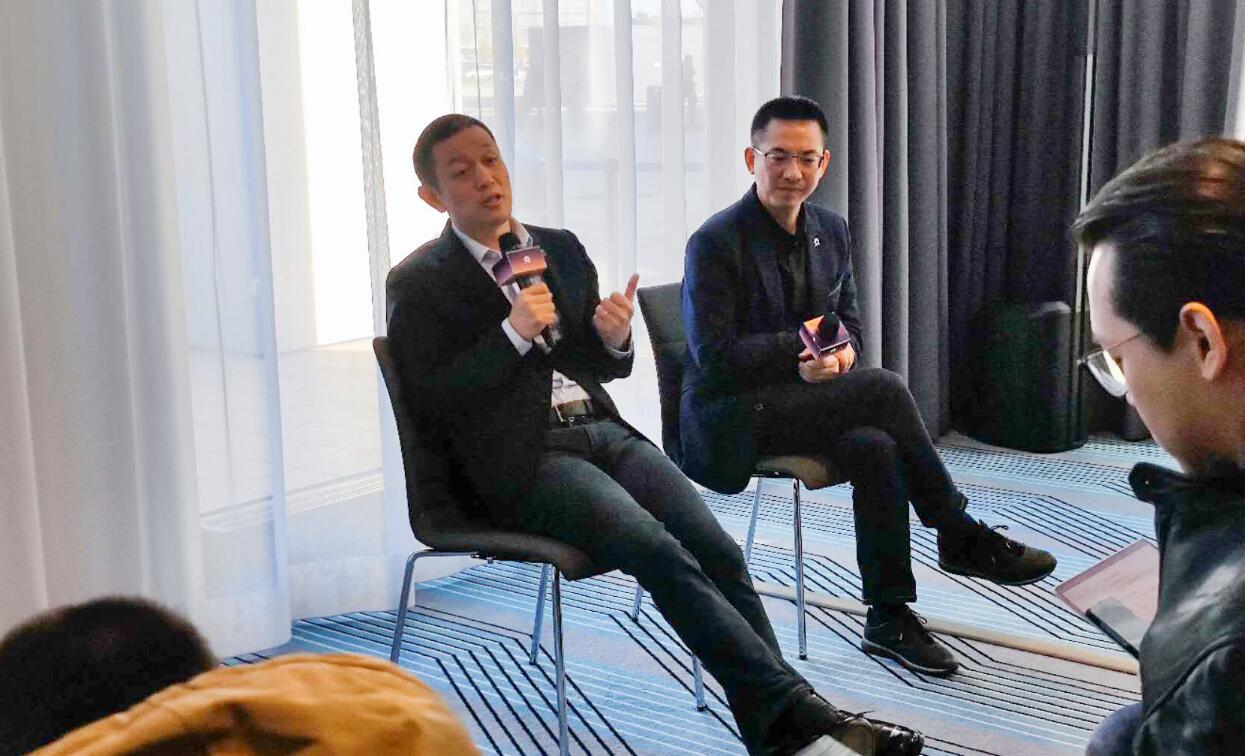 While NIO introduced its vehicles to European consumers at the just-held launch event, its rental-only, not for-sale, business model has sparked much discussion in the Chinese community.

In an exchange with Chinese media after the NIO Berlin event, William Li, the company's founder, chairman and CEO, explained this.

Vehicle leasing services already hold close to 60 percent market share in some parts of Europe, and consumers are subsidized by some companies for renting vehicles, Li said, according to a report in local automotive media Auto Home today.

On the issue of vehicle access, leasing is mainstream in some European countries, Li said.

NIO's strategy differs from region to region in Europe, for example, in Norway it is selling vehicles, depending on the local car consumption culture, Li said.

In the Chinese market, NIO can't try to offer similar leasing services because of vehicle licensing issues, but Europe doesn't have that problem, Li said.

Unlike the vehicles it sells directly in Norway, NIO offers a service it calls NIO Subscription in Germany, the Netherlands, Denmark and Sweden that allows local consumers to lease vehicles only, not buy them.

There is room for improvement in the overall experience European consumers receive with leasing and subscription services, and NIO hopes to find opportunities for innovation there, Li said.

Eliminating the middleman when it comes to selling cars can improve the user experience, and leasing and subscription services can do the same to improve the experience, Li said.

Running a subscription service is much more difficult than selling, so it would be easier for NIO to add selling services on top of that in the future, according to Li.

However, it would be completely different and much more difficult to convert what would have been offered as a selling service into a subscription service, according to Li.

As it stands now, 20 percent of European consumers still want to buy vehicles, but it's still early days for NIO's operating model, and it hopes to reach the other 80 percent first, Li said.

Li believes that the vehicle will eventually become a service, and NIO has been making various attempts in the service field, which needs to be made at the right time in the right place.

In the European market, NIO is looking for opportunities as a car service company, Li said.

To some, NIO's innovation of this business model is worthy of recognition, but its prices are too high.

In Germany, for example, the monthly subscription price for NIO's flagship sedan, the ET7, starts at about 1,200 euros. 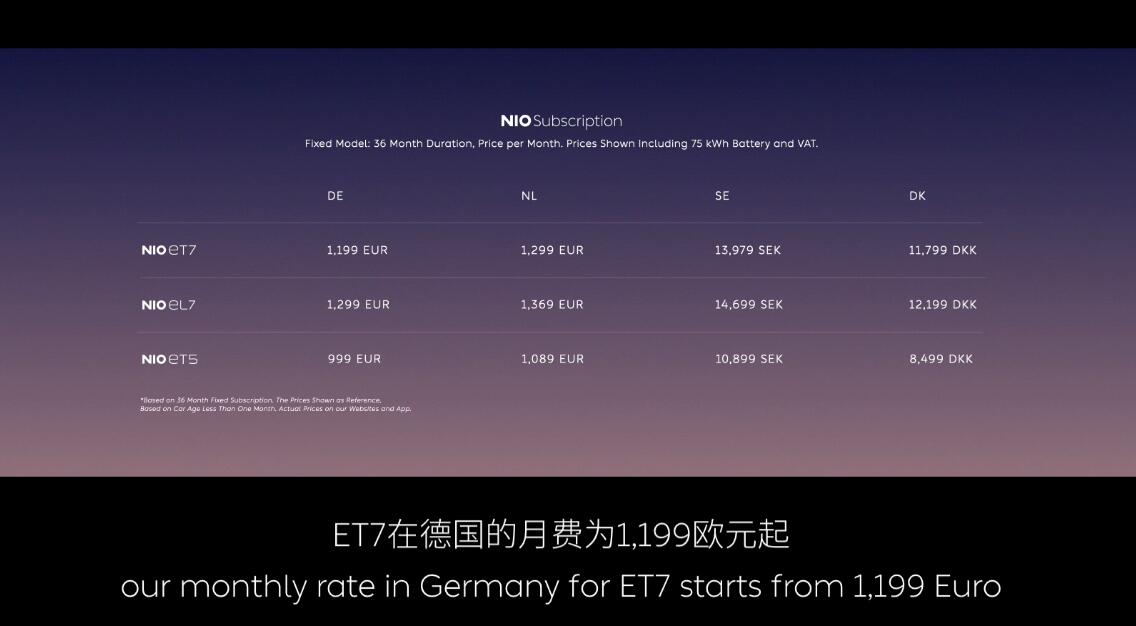 According to Qin Lihong, co-founder and president of NIO, the company's vehicle rental price is about the same as Porsche and Mercedes-Benz, which is reasonable because NIO also provides some supporting services, which other brands cannot do.

Qin also mentioned that there are not many electric vehicles on the road in Europe, and they are far less visible than in China.

There are many charging service providers in Europe who are seriously pushing forward the charging network, but currently even within cities, it is still slow charging facilities that dominate, and NIO can see a lot of opportunities in optimizing the charging experience, according to Qin.

In addition to explaining the thinking behind NIO's European strategy, Li also mentioned that the company's sub-brand, codenamed ALPS, will enter the European market.

Instead of using the codename ALPS, NIO initially used Everest and Himalaya, Li said, adding that he thought the latter two were too high and too cold, so he chose ALPS, a relatively mild mountain range, as the project name.